Cardano price is at an interesting point in its journey to the upside since it is forming a bottom reversal pattern. A successful breakout could yield immense gains for early movers.

Cardano price is forming an inverse head and shoulder pattern that began on February 8. This technical setup contains three distinctive valleys. The one in the middle is typically deeper than the other two and forms the “head.” The slightly lower valleys on either side of almost equal height, create the “shoulders.” Hence the namesake “head-and-shoulders.”

Connecting the series of highs shows a resistance barrier known as the “neckline” at $1.26. Cardano price needs to retest the $1.26 hurdle to complete the right shoulder. More importantly, a decisive daily candlestick close above this barrier will confirm a breakout. Price is then likely to rise to a target of $1.70, obtained by measuring the 36% distance between the head’s lowest point up to the neckline, and then adding that to the breakout point.

ADA will also face the 2022 volume point of control at $1.05, where the most volume for 2022 was traded. Overcoming this hurdle will be the first test of bulls’ resolve. In total, Cardano price is ready for a 75% gain from the current position at $0.97. 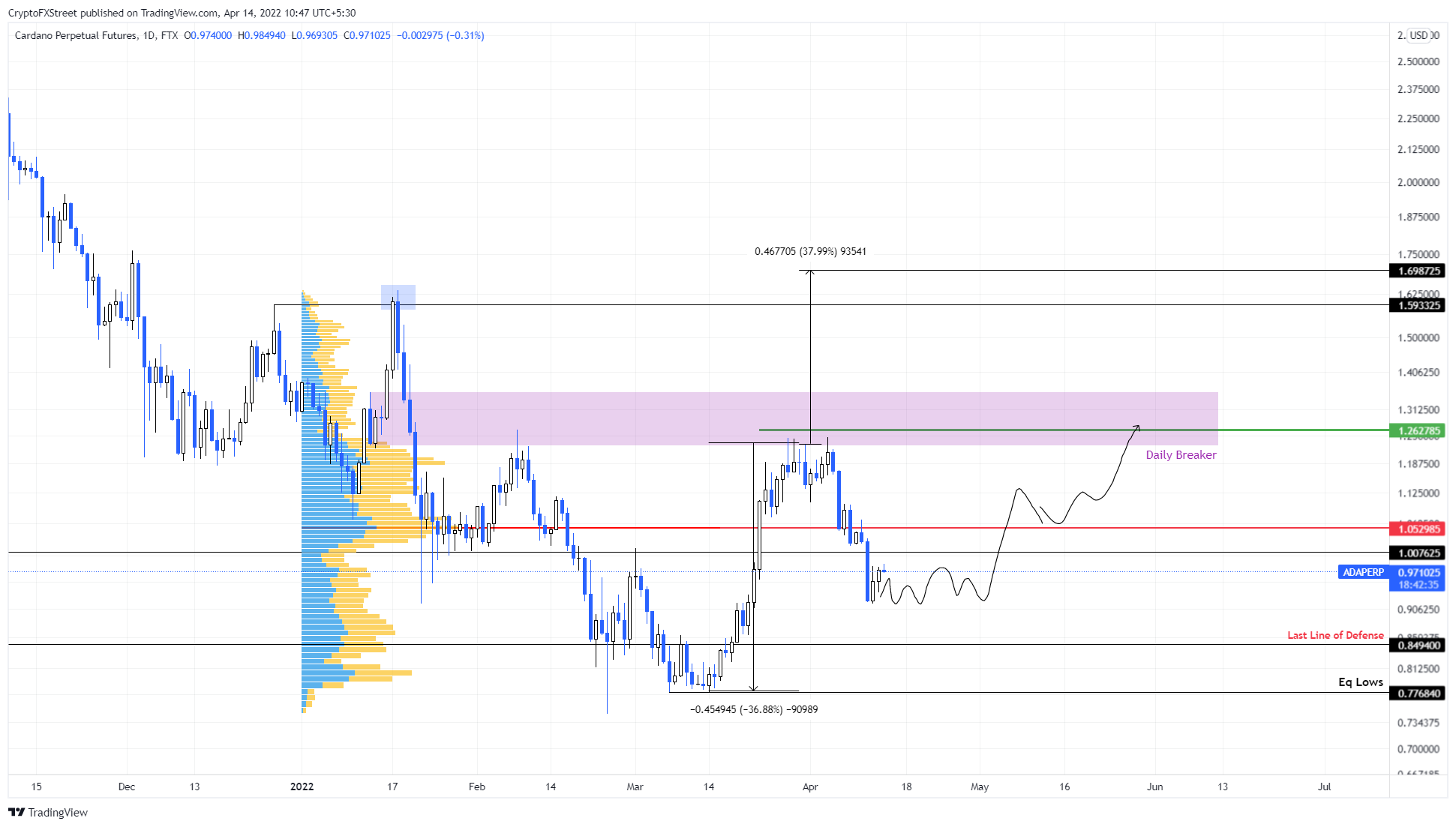 On the contrary, a sudden spike in selling pressure that pushes Cardano price to produce a daily candlestick close below $0.85 will invalidate the bullish thesis. In such a case, ADA might crash to $0.77 before stabilizing.