According to an announcement by Michael Sonnenshein, CEO of Grayscale, the platform has added 5 new products that include Basic Attention Token, Chainlink, Decentraland, Filecoin, and Livepeer for institutional investors.

ANNOUNCEMENT: 5 new products have been added to the @Grayscale line up!

Grayscale has invested over $20 billion in Bitcoin alone, but also supports other products like Zcash, Stellar, or Litecoin and has just added five new ones. The management firm has seen massive growth in the past several months, increasing by 50% in just the first five weeks of 2021.

Chainlink, which is already the 10th largest cryptocurrency by market capitalization had an instant 9% breakout, slicing through several resistance levels and reaching a high of $30.18 with a massive spike in trading volume. 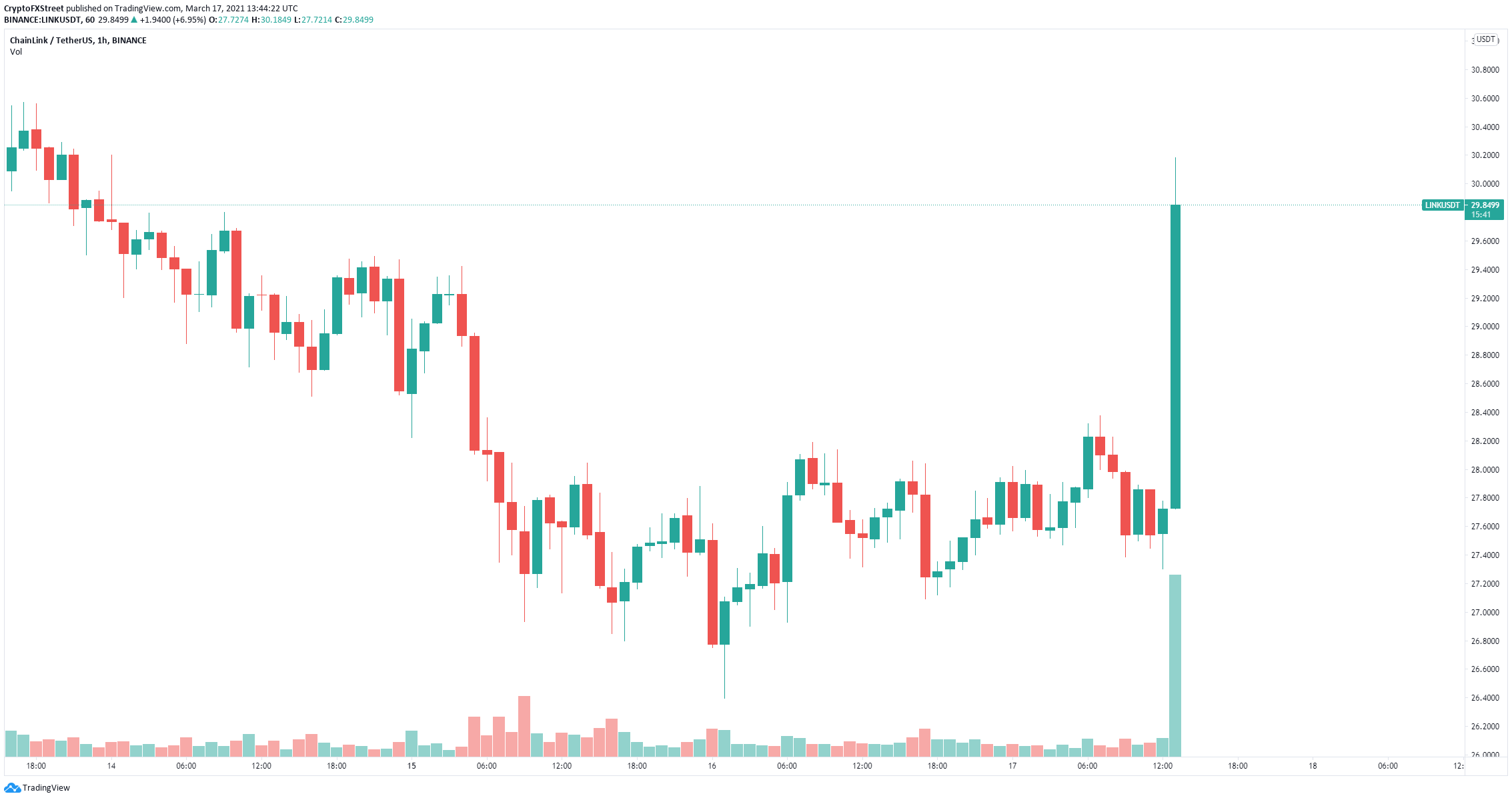 Basic Attention Token (BAT) had an even larger breakout of about 19% despite a previous rally from March 16 that pushed the digital asset by more than 60% within 24 hours. BAT is currently trading at $1.11 after the spike. 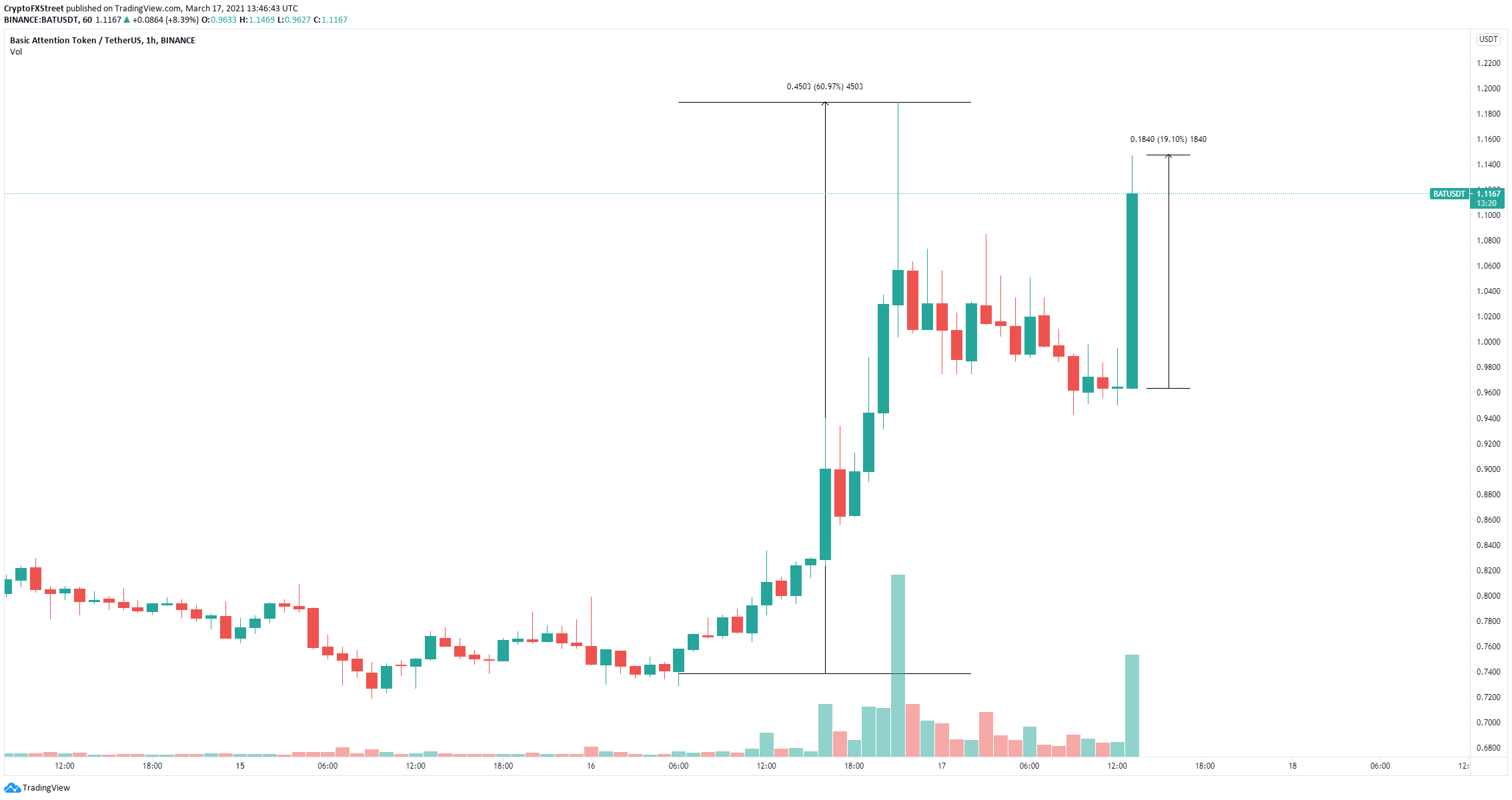 Decentraland price had a 25% spike but remains in a downtrend on the 1-hour chart. The digital asset exploded from a low of $0.84 to a high of $1.05 within 1 hour of the announcement. 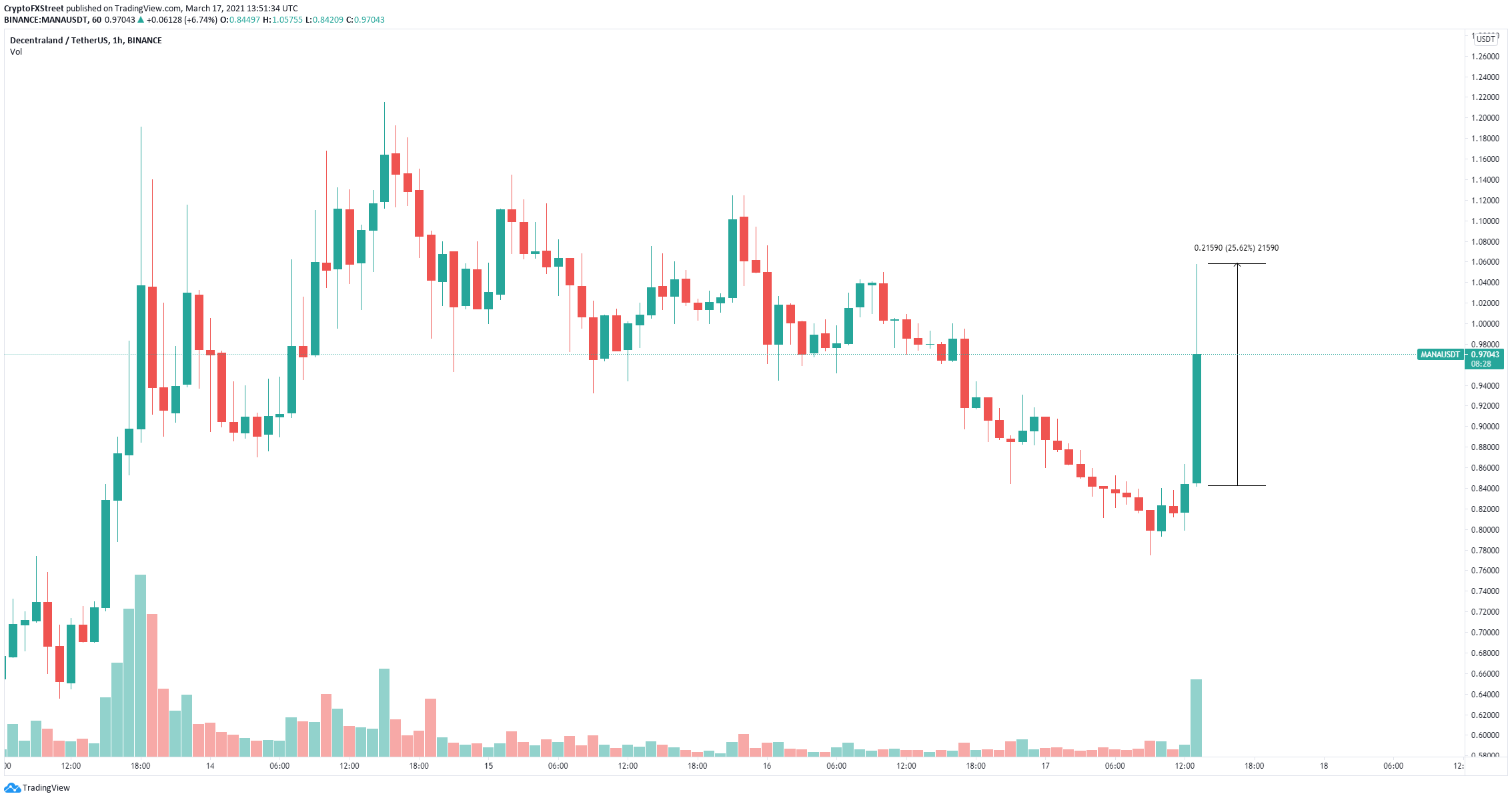 Surprisingly, Filecoin price had a 10% breakout despite the recent 38% rally in the past 24 hours. The digital asset has reached new all-time highs at $75. 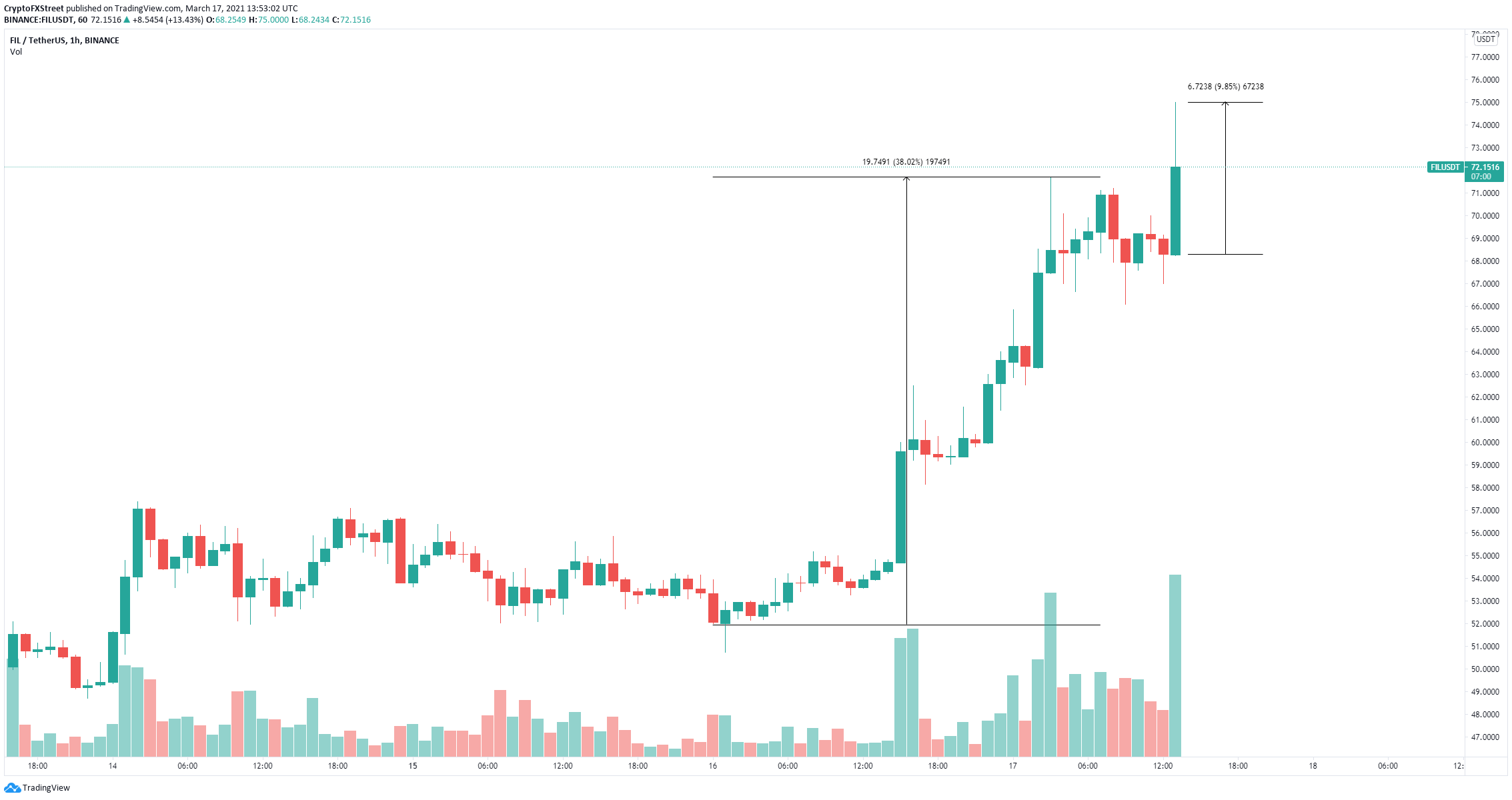 Livepeer is certainly the most surprising addition as it is a fairly unknown cryptocurrency which only had $100 million market capitalization recently. The announcement boosted LPT price to new all-time highs at $13.4, rising by 100% within 1 hour. 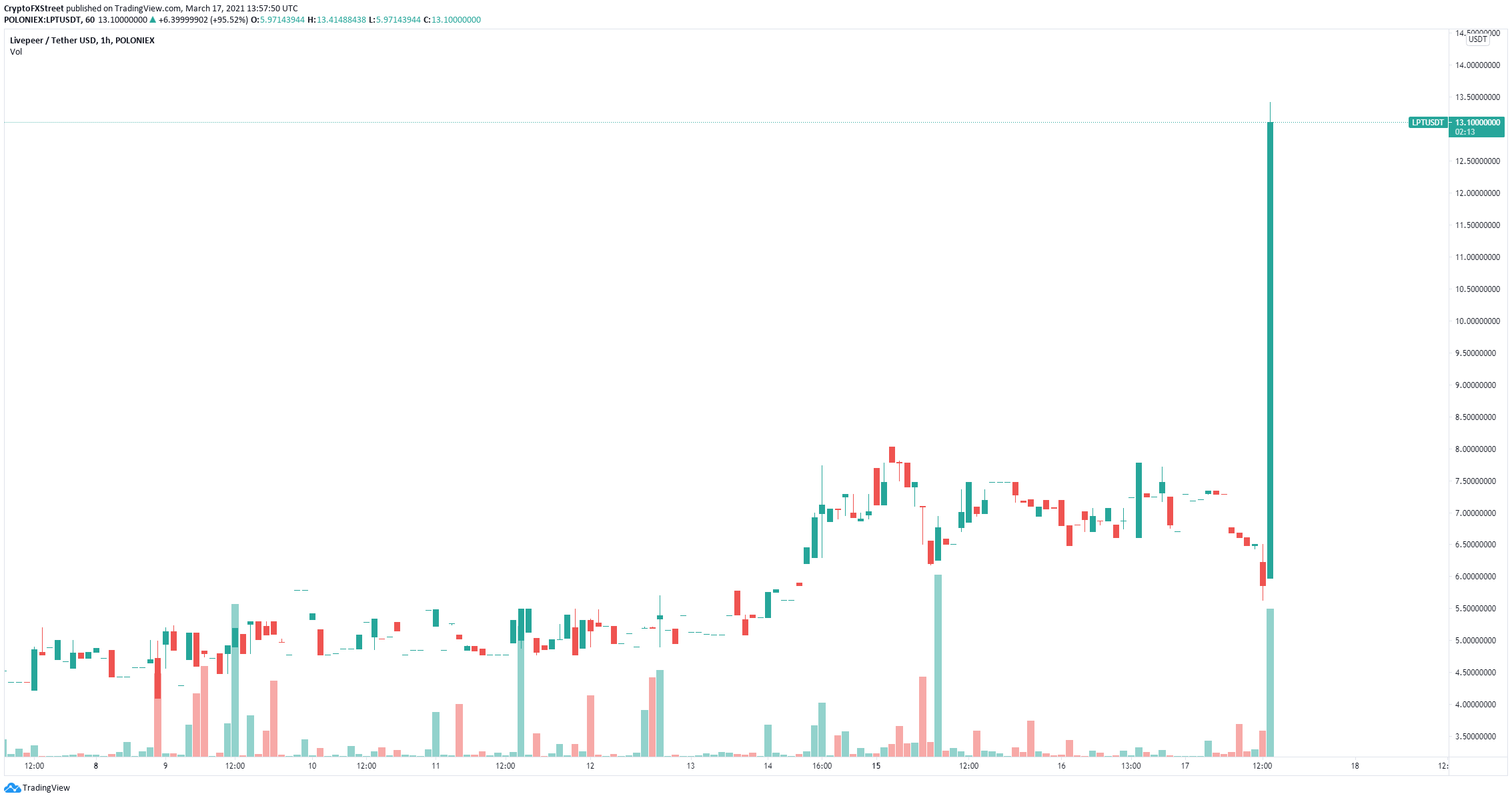 The rationale behind the addition of the five new products is not known yet, especially Livepeer which was not a popular cryptocurrency asset at all.