Iran will allow national imports to be funded through cryptocurrencies, according to a report from the Central Bank of Iran (CBI) and the Ministry of Energy. The country has amended legislation on digital assets, which also means that legally mined cryptocurrencies in Iran can only be exchangeable if they are used to finance imports from other countries.

Back on April 22, 2018, the Central Bank of Iran announced that handlings cryptocurrencies by financial institutions would be illegal. Laws in Iran regarding cryptos have changed drastically over the years.

In 2018, the mining of cryptocurrencies became legal. Unfortunately, in 2019, Iran's government shut down all the mining operations using industrial electricity and made it illegal again. Eventually, the country did recognize cryptocurrency mining as an industry within its borders.

Iran Daily, the official newspaper of Iran's government, suggested that a +1.55% change on Bitcoin should be used for import payments to avoid sanctions on Iran's access to the dollar.

#phase5
"[Iran][..] turning to #bitcoin, the 1st country to do so at a state level, with the famous bitcoin volatility less of a consideration here because the situation is desperate."https://t.co/bEXxWZq7i9

This is an example of how Bitcoin adoption is growing, both from particulars and organizations (public and private), which is seen as a positive fundamental for the price.

PlanB, a famous cryptocurrency analyst and creator of the infamous Bitcoin Stock-to-Flow Cross Asset Model, stated that Bitcoin' Phase 5' is ready. The analyst has referenced these Bitcoin phases several times in the past. 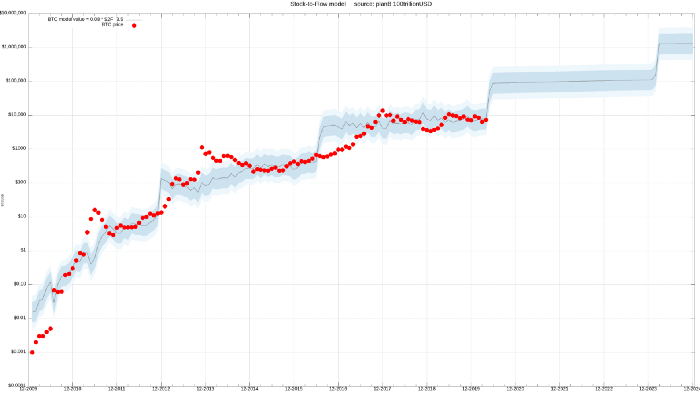 Bitcoin price continues to struggle to reach a record high above $60,000. However, BTC demand and on-chain data suggest a bullish outlook for the pioneer cryptocurrency. Bloomberg analyst Mike McGlone indicates Bitcoin is in price discovery, far from reaching the cycle top.

XRP price has been on a tear lately as it has more than tripled since late March. However, considering the overall cryptocurrency market being overextended, the remittance token might be due for a correction. If the buying pressure persists, Ripple might surge another 16% to $1.68.

Binance Coin price rally gaining energy, could be set for a blow-off move

Binance Coin price increase in 2021 reflects the rise of BNB from a simple utility token to something much more complex and useful for traders. The token’s momentum is slightly extended on an absolute basis, but relative to the February highs, there is still more upside potential, even for a blow-off move.

Swipe price has been wedging higher since mid-February until the April 10 breakout into all-time highs. The bearish reversal on April 10 combined with another bearish reversal today should caution traders that the upside will be limited in the short-term, and the potential for a deeper correction is ...