Bitcoin (BTC) extended its price drop on Wednesday amid warnings that excessive long positions needed to be flushed out to allow for fresh gains. 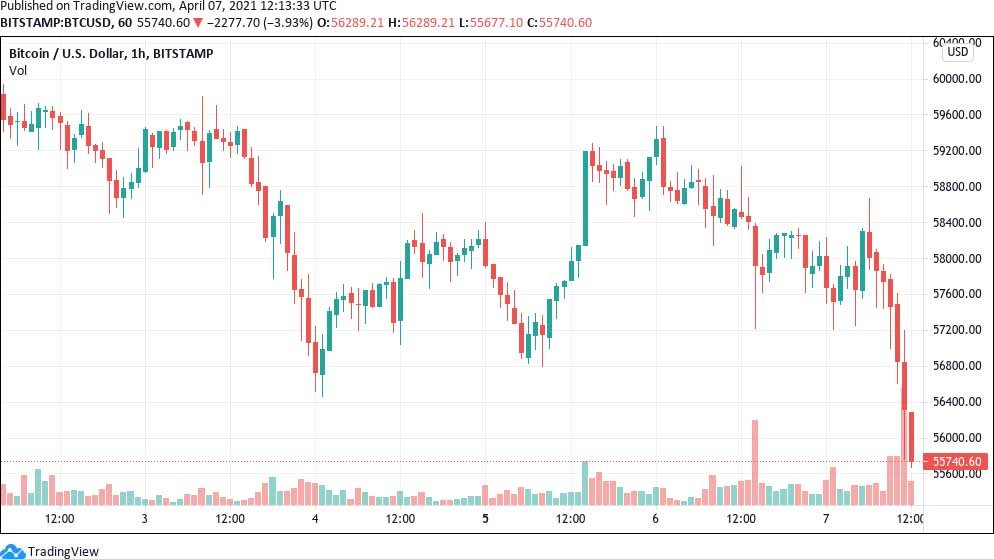 A second day of more substantial losses for the pair came as altcoins also began to reverse their earlier successes, with Ether (ETH) dropping below $2,000.

A look at trader behavior pointed to leveraged long positions in place at previous spot price, indicating belief that further upside is more likely than another correction. These positions, analyst Filbfilb believes, need to be liquidated before Bitcoin can make a meaningful attempt at new all-time highs.

The latest price action went some way to refreshing market composition — $2 billion in liquidations in the past 24 hours, $600 million of which in a single hour alone, according to data from monitoring resource Bybt.

“A large inflow to a whale wallet happened at $55172 on the 23rd of March,” monitoring service Whalemap added, eyeing a possible floor.

“Lets see how price reacts to this level. Usually price bounces from such strong supports.” 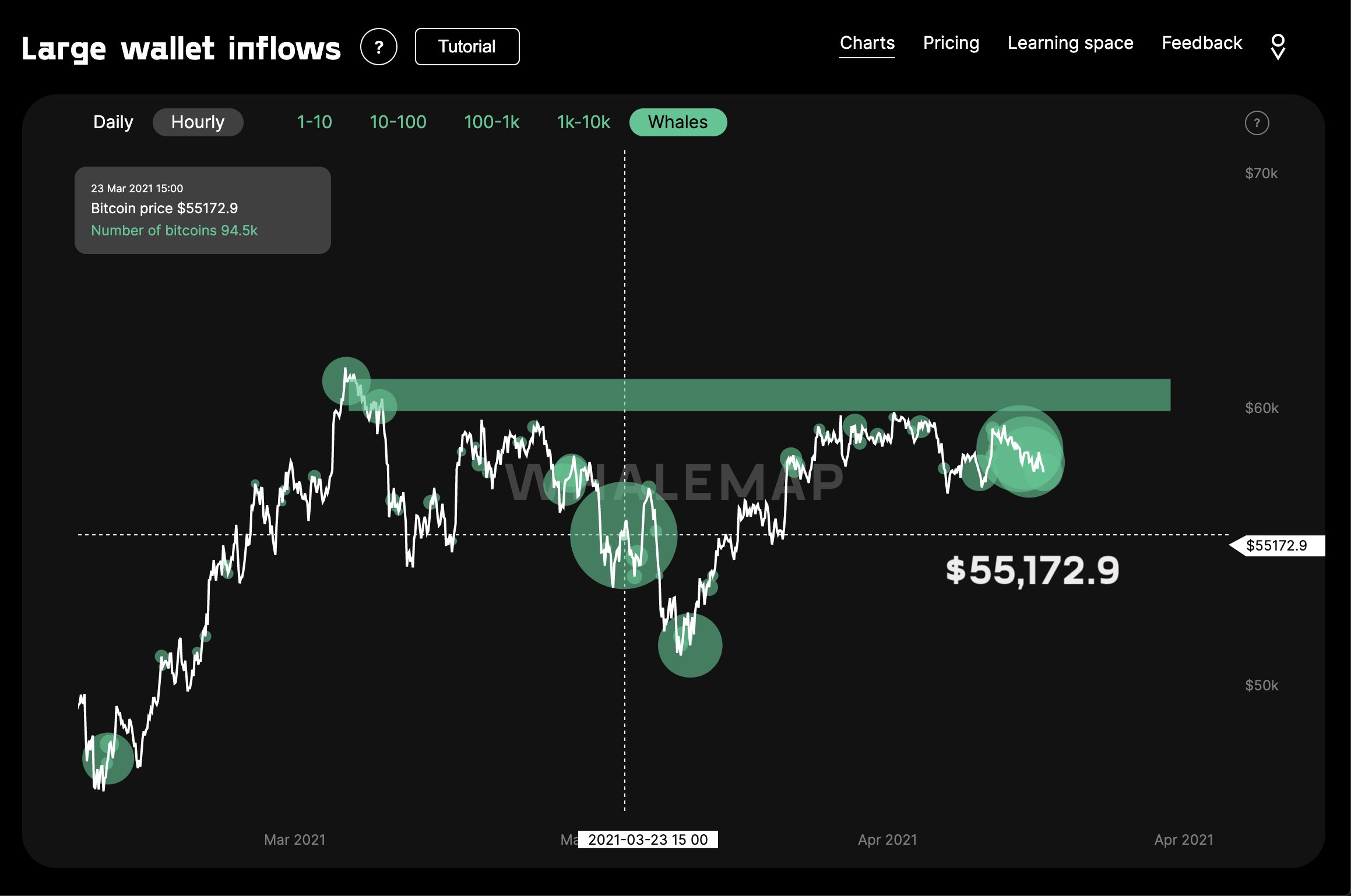 On altcoins, strong performance was in jeopardy at the time of writing, with Ether back below its historic $2,000 marker and heading away from all-time highs. 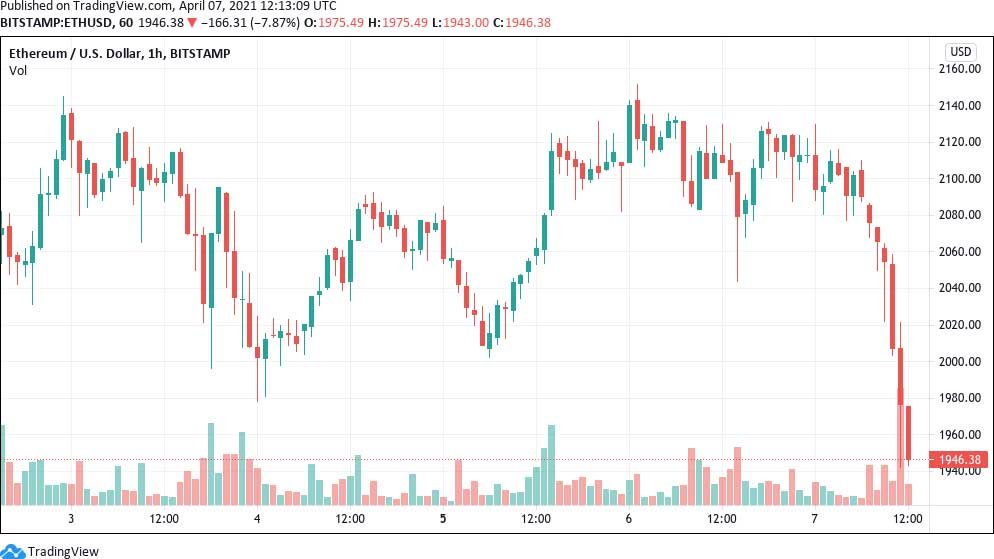 XRP and Polkadot’s DOT were the biggest losers in the top 10 cryptocurrencies by market cap, shedding over 10% on the day. All but one of the top 50 tokens, excluding stablecoins, were in the red.

“Reminder just how delicate these windows of alt coin trading are.”

Alts remain tipped for a dramatic return to form in summer, with Filbfilb even arguing that the second incarnation of “Alt Season” is already here.