Bitcoin price made new 2022 lows today, but bulls have since regained all of those losses and turned BTC positive. However, broader fundamental fears continue to plague Bitcoin and the cryptocurrency market as a whole.

Coinbase(NASDAQ: COIN) warns that your Bitcoin and other cryptocurrencies could be lost

Coinbase and Bitcoin have fallen in tandem this week. Coinbase reported earnings on Tuesday and reported a Q1 loss of $430 million and a nearly 20% loss in customers. Even more concerning were fears that customers' cryptocurrency was not safe in the event of Coinbase declaring bankruptcy. Essentially, Coinbase's risk disclosure states that the company's crypto assets held on behalf of customers would be subject to US bankruptcy proceedings.

However, Coinbase CFO Alesia Haas clarified today that the disclosure was related to SEC guidance and regulations and not solvency concerns of Coinbase. No changes to the current language in the disclosure are expected.

The FUD surrounding the Coinbase disclosure compounded many already bearish fundamentals and technicals, including Terra's LUNA collapsing from the $80 value area to under $0.01 in just three days.

A trade setup for Bitcoin price originally identifed on May 10 remains active and has generated an even stronger entry level due to the recent sell-off.

The aggressive long opportunity is a theoretical buy stop at $30,000, a stop loss at $27,000, and a profit target at $47,000. The trade setup represents a 5.67:1 reward for the risk. In addition, a three-box trailing stop would help protect any implied profit made post entry. 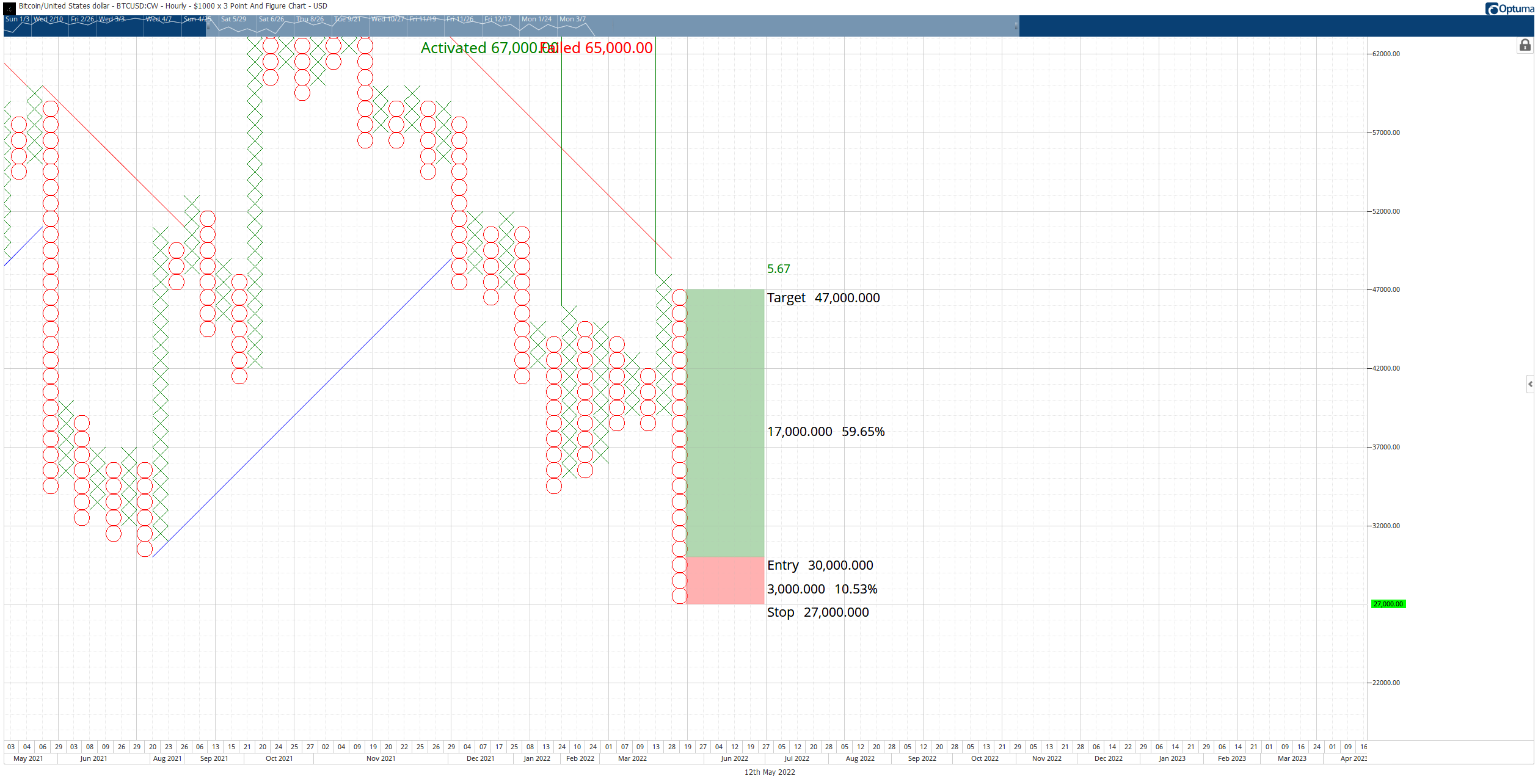 The theoretical long setup for Bitcoin price is based on a Spike Pattern, so it has no invalidation point. If the current O-column moves lower, the entry and stop-loss follow in tandem until triggered. The profit target remains the same.