The flagship cryptocurrency, Bitcoin gave up the fight to secure support above $11,000 on Thursday, leading to a spiral to levels marginally below $10,000. The losses came as an extension of a bearish leg commenced earlier in the week when the largest cryptocurrency failed to sustain gains above $12,000. As discussed on Thursday, Bitcoin had recovered from the initial dip to $11,155 but the bulls could not rise above the seller congestion at $11,500.

An increase in selling pressure across the market forced Bitcoin down a painful path and through various tentative supports at $11,000, $10,400 and $10,200. BTC explored the area slightly below $10,000 before a recovery ensued.

At the time of writing, Bitcoin is teetering at $10,248. There have been instances when BTC has exchanged hands above $10,300 sustaining the bullish price action is an uphill task. As it stands, the path of least resistance is still downwards. A glance at the daily chart shows the formation of a bearish pennant pattern. Chart patterns of this nature usually signal the resumption of the previous trend (in this case BTC’s downtrend to $3,800).

In other words, if the pennant support caves in, even $10,000 would not manage to hold as support. Bitcoin is likely to fall to $8,000 after taking a pit stop at the support highlighted by the 200-day SMA.

Looking at the Relative Strength Index (RSI) in the daily range, Bitcoin is not done with the downside. Despite the drop suffered the RSI is not yet oversold. This means that there is still room that could be explored by the bears. Moreover, the Moving Average Convergence Divergence (MACD) puts emphasis on the downtrend.

Bitcoin price hits a new all-time high at $19,863 on Binance

Bitcoin price managed to recover strongly from its last dip at $16,188 and has hit a new all-time high on Binance and a few other exchanges but not all. The flagship cryptocurrency got slightly rejected from the new top but remains trading at $19,700 aiming to crack the psychological resistance level at $20,000.

Ripple Price Prediction: XRP sits on the verge of an explosive breakout

XRP traded as high as $0.78 on November 24 before a brief period of a correction down to $0.456. Ripple price is trading at $0.655 at the time of writing, notably recovering from the dip and aiming to set higher highs. 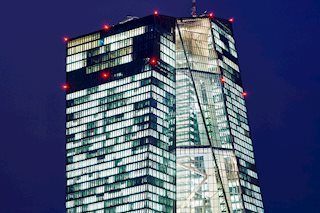 The head of the European Central bank, Christine Lagarde, says that cryptocurrencies such as Bitcoin do not fulfill the functions of money due to various issues, including high volatility, low liquidity and the lack of identifiable issuer or claim.

A few hours away from Ethereum 2.0 launch, here is everything you need to know

The Ethereum network came to life five years ago. Since that time, the project conceived as the world's computer has grown into the second-largest blockchain with tens of thousands of applications built on top of it.