Bitcoin price has been in a consolidation range for the last nine days and shows no signs of breaking lower or higher. However, the general outlook for BTC is that it needs to collect liquidity before attempting a recovery rally.

While the price action of BTC is boring without a doubt, news about a leading Bitcoin enthusiast, Michael Saylor, the CEO of MicroStrategy, is not. Saylor has hit headlines after being caught in the regulatory whirlwind as the District of Columbia files a tax fraud suit against him.

While one of the major BTC proponents gets served, Poolin miners, who form part of a Bitcoin and wider cryptocurrency mining pool, are worried as the company halts withdrawals on its wallet service, citing liquidity issues.

A sweep of the $19,511 level could be followed by a quick recovery above it and this would provide the initial signal required for investors to flip bullish on the recovery rally.

One of the reasons why Bitcoin price will likely attempt a recovery rally here is “mean reversion” ie., after a massive move in one direction, the asset reverses and revisits the mean of the recent move to close the efficiency gap.

With that in mind, a sweep of $19,511 could result in a retest of $20,692, which is the midpoint of the 10% crash seen between August 26 and August 28. In some cases, Bitcoin price might also revisit the range high at $21,874 to collect the buy-stop liquidity resting above the equal highs, bringing the total gain to 12%. 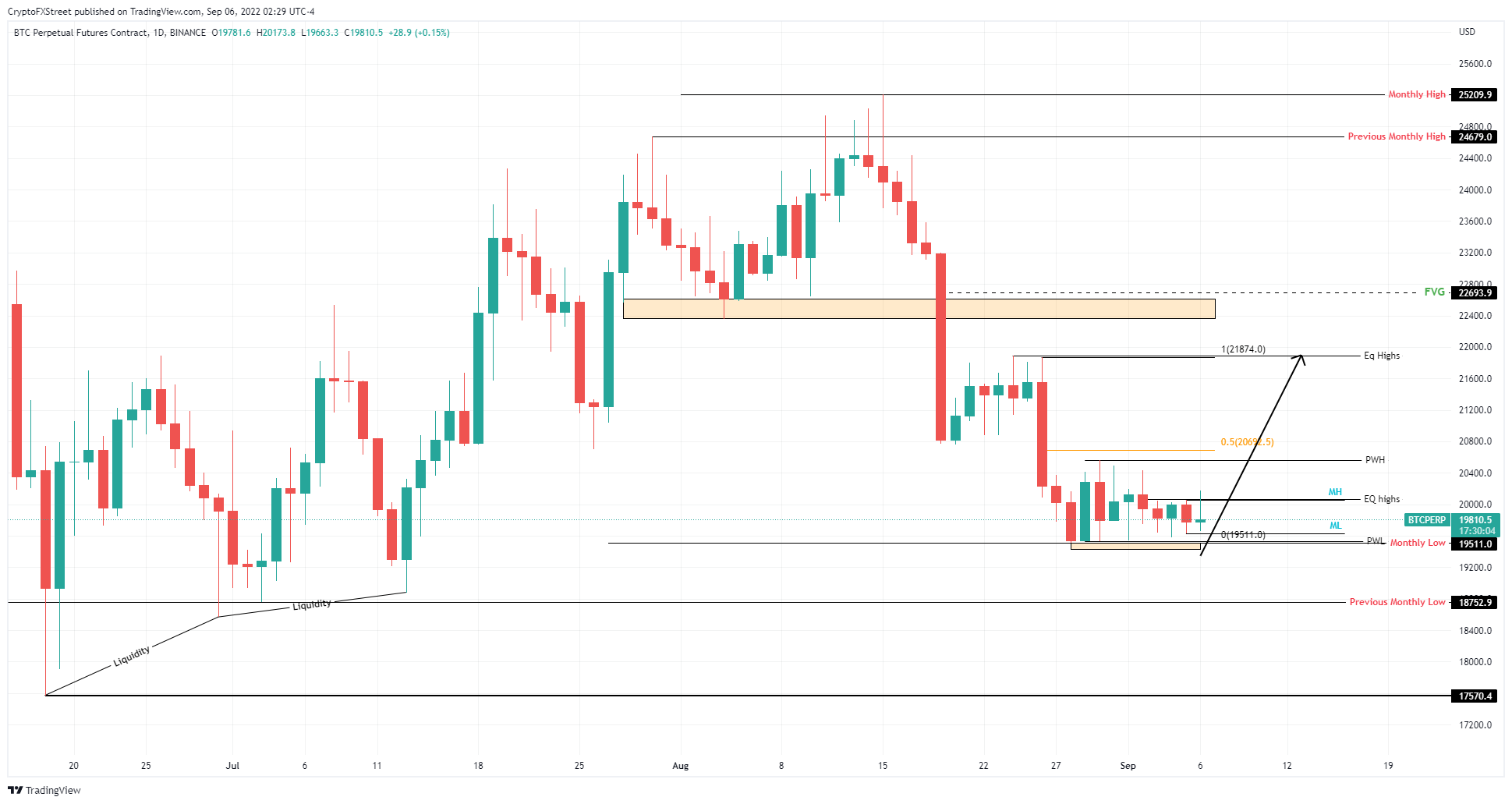 While things are looking up for Bitcoin price, a breakdown of the $19,511 support level will invalidate the bullish thesis. This development could see BTC revisit the swing lows formed on July 13 at $18,880 and or the previous month’s low at $18,752.

In a highly bearish case, Bitcoin price could revisit the $17,570 support level.