Bitcoin price is spiraling downwards and this time, the downside seems unstoppable. It broke the support at $6,400, while the nest support target at $6,300 failed to stand ground during the trading on Wednesday 11. BTC/USD has also butchered another support $6,200 in the course of the Asian trading hours on Thursday. Bitcoin is down over 3% on the day while the decline appears as though it will continue into the European trading hours.

The 200 SMA has crossed above the shorter term 50 SMA signaling that the selling activity will continue. Moreover, the Relative Strength Index (RSI) on the 2-hour chart is advancing deeper into the oversold territory while the Stochastic on the same chart is heading south. A trend reversal is overdue following the extended intraday declines to avoid further losses.

The battered Bulls are must hold ground above $6,100, however, a slide below $6,000 is beckoning. At the time of press, the BTC/USD is trading slightly above $6,170, but there is a sharp decline in progress. As covered in the analysis yesterday, the price broke down from the rising wedge pattern that was supported at $6,300. 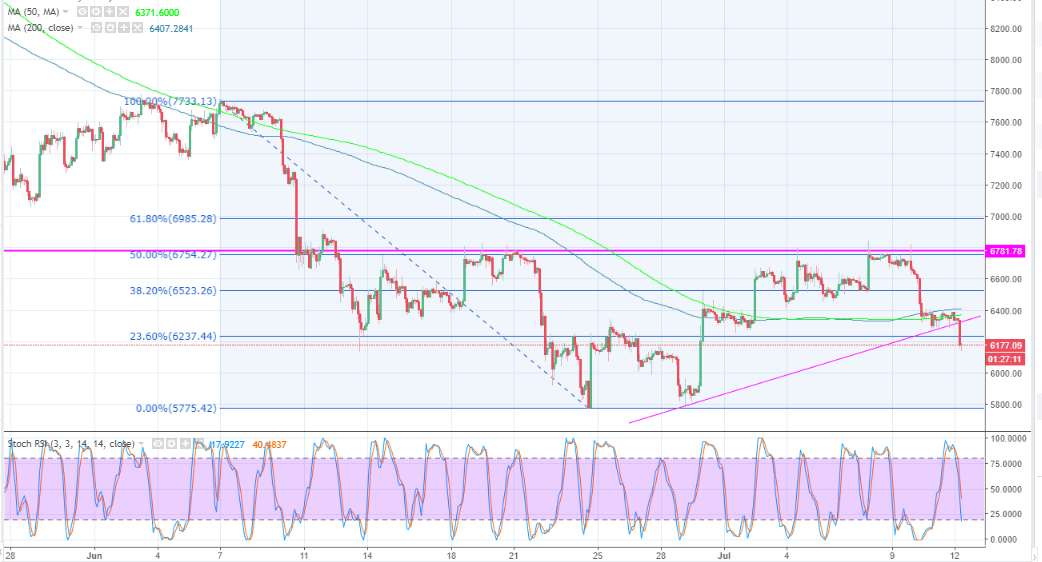