Bitcoin (BTC) price saw bulls attempting to pair back a significant piece of the occurred losses from last Saturday. But bulls have hit a curb after reclaiming $50,000, as price action fades below and tests the first real support for further downside. As long as investors defend the support level, a further bullish correction can continue and avoid a further sell-off in BTC.

Bitcoin price was under siege of bears since the past weekend, as short-sellers saw the possibility to short the cryptocurrency after concerns in global markets on the new variant and possible global growth slowdown. Instead, those concerns eased, and bulls started to get back in the game, with a bullish reversal almost but paring back over 50% of the incurred losses. With that, bulls reclaimed $50,000 but see price action fade now as bears are trying to break morale amongst investors and push BTC price back below that $50,000 marker.

As long as bulls can defend $48,760, an entry point is offered for new buyers to join the recovery rally and reclaim price action above $50,000 in BTC. As buying volume picks up, expect a further push towards $53,350. This would see more confidence and investors more interested in the ongoing rally, with more upside potential. 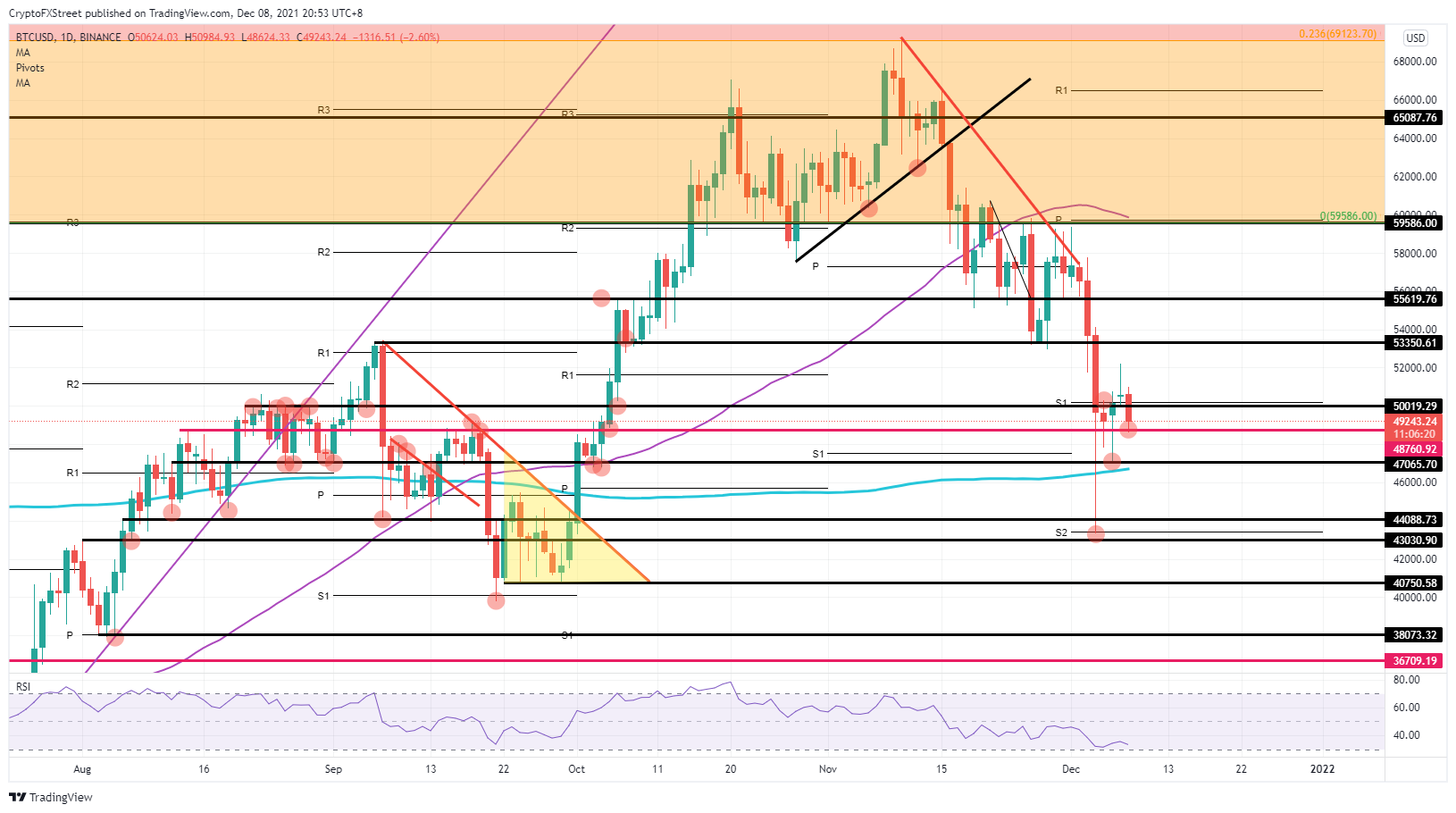 In case the bears can keep price action under $50,000, expect investors to pull the plug on their long positions and let the downtrend continue for now. Expect $47,065 to be tested and break with quite some nervousness around the 200-day Simple Moving Average just below. A break of the 200-day SMA would push BTC price back to %43,030.