Bitcoin Cash price broke out of a consolidation pattern that has seen it rise over 15% in the past five days. Even though BCH tumbled during Tuesday’s trading session, its uptrend remains intact, targeting $610.

Bitcoin Cash price sliced through the hypotenuse of an ascending triangle on February 6. This type of technical formation is considered a continuation pattern that may lead to a 37% upswing.

While BCH hovers around $500, the ascending triangle forecasts it has more room to go up. If buying pressure continues mounting, BCH could rise by another 20% to hit a target of $610. 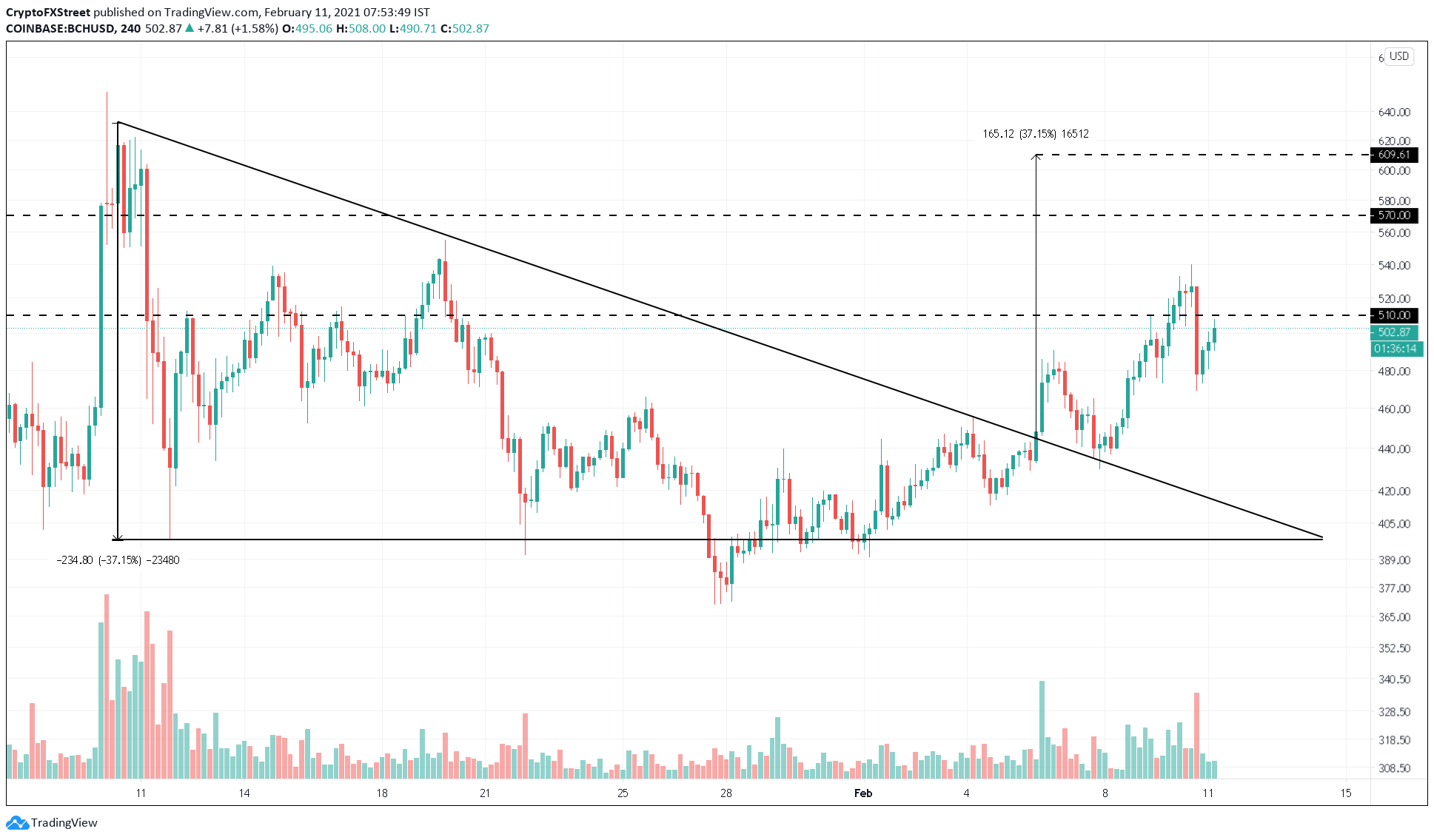 IntoTheBlock's In/Out of the Money Around Price (IOMAP) chart shows that achieving this target will be anything but easy due to the presence of a strong resistance barrier ahead. A cluster of 66,000 addresses had purchased nearly 455,000 BCH around $510.

Only a 4-hour candlestick close above this hurdle will help Bitcoin Cash price rally higher.

The 70% uptick in the number of new BCH addresses joining the network adds credence to Bitcoin Cash’s bullish outlook. More than 67,000 new addresses were created today, showing an increase in user adoption over time.

It is worth noting that Bitcoin Cash price sits on stable support as almost 60,000 addresses previously purchased 772,000 BCH at an average price of $500. As long as this support level holds, the odds will continue to favor the bulls.