Bitcoin trying a recovery but failure to beat 64000 keeps the outlook negative & risks the formation of a head & shoulders sell signal. A break below the neckline at 60000 will confirm.

The 100 hour MA is currently at 63000/63500. If this holds a bounce we have the making of a head & shoulders reversal pattern, which will be confirmed with a break below 60000. The weekly candle is looking less than positive. A weekly close 61000 is negative & could in fact signal the mother of all double tops. Seriously. This is very negative.

Ethereum made a high for the day exactly at the all time high at 4355/85. The resistance was clearly rejected with prices unchanged on the day as we collapsed to 4010. THIS LEAVES IMPORTANT DOUBLE TOP RISK.

First support at 10700/750. Most important support of the week at 10250/10200. Holding here keeps bulls in control. A break below here is an important sell signal initially targeting less important 9700/9600. On a break below I would expected significant losses. Initially we should target 8600. This may hold on the first test & we could even see a decent bounce. However I would be a seller at resistance on this bounce, expecting the support to break eventually for another significant sell signal. 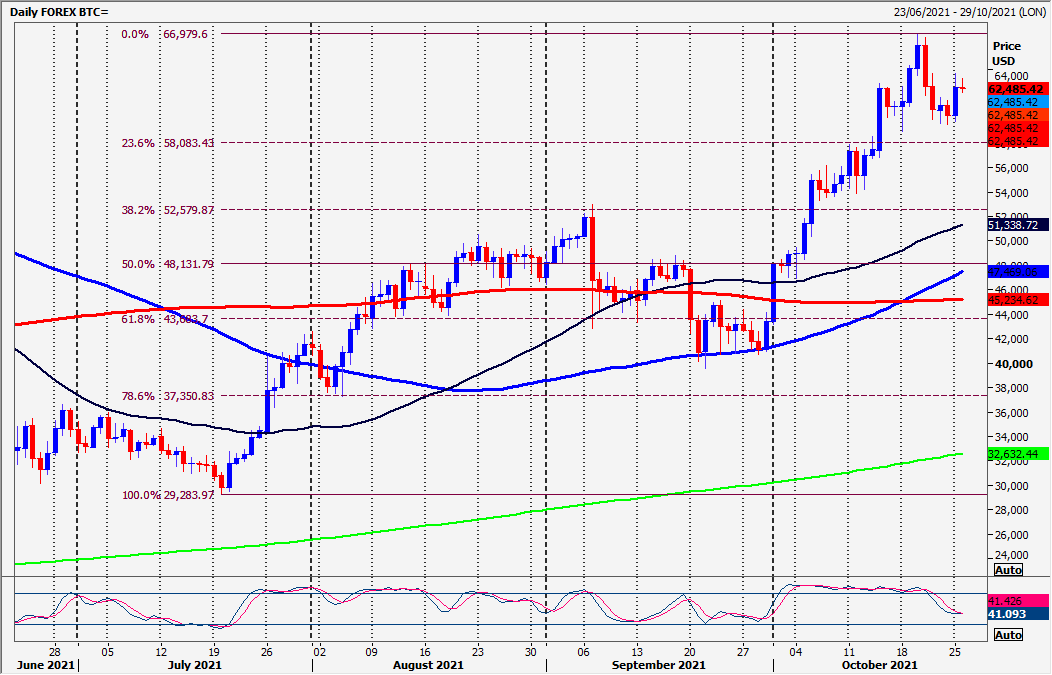 The contents of our reports are intended to be understood by professional users who are fully aware of the inherent risks in Forex, Futures, Options, Stocks and Bonds trading. INFORMATION PROVIDED WITHIN THIS MATERIAL SHOULD NOT BE CONSTRUED AS ADVICE AND IS PROVIDED FOR INFORMATION AND EDUCATION PURPOSES ONLY.