Bitcoin price spent the majority of last week testing a breakout above $49k but could not do so. As a result, Bitcoin bulls are trapped between $47k and $49k. Bulls now feel the pressure to abandon those longs as Bitcoin flirts with testing lower to $40k.

Bitcoin price faces its second major sell-off and most profound drop since the September 7th flash crash. Bulls have made several attempts to support price as it moved to the daily lows near $42.5k but have been unable to return Bitcoin to $45k. Thus, bulls' near-term resistance will be the $45.6k value area, which contains the Tenkan-Sen and Senkou Span A in the Ichimoku system.

Bitcoin price should find support from bulls at Senkou Span B ($40k). 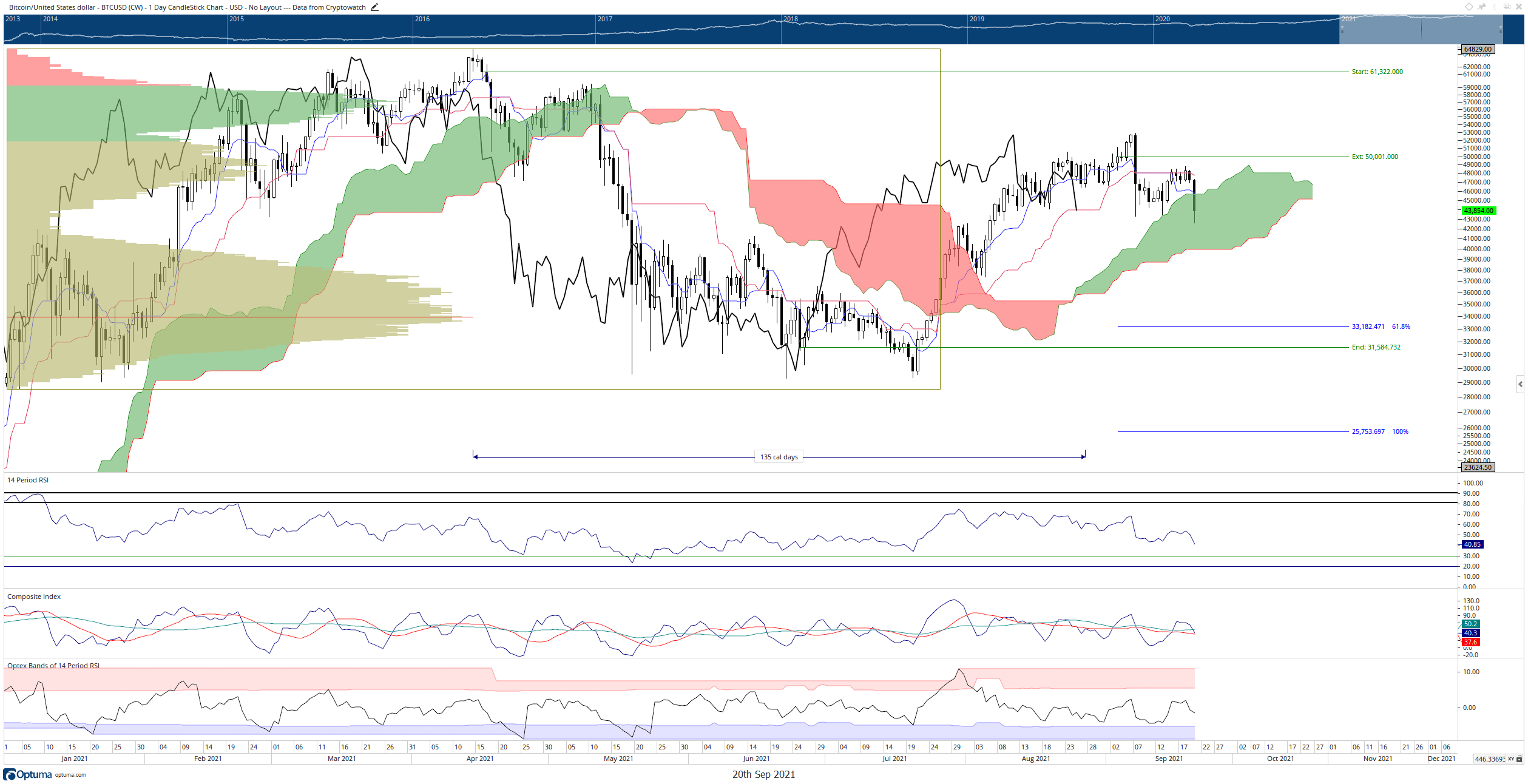 The bearish trading conditions and outlook for Bitcoin price will be invalidated if the Chikou Span can close above the candlesticks. For that to happen, bulls would need to push Bitcoin higher and close at or above $49.7k.

All Bitcoin traders and investors should be aware of the Evergrande debt crisis's externalities on all financial instruments, especially risk-on speculative instruments like Bitcoin. If a broad sell-off occurs in equity markets, then expect a more powerful sell-off to occur for Bitcoin price – within the same vein and move as March 2020.