The past days have been pivotal for the cryptocurrency industry as Bitcoin (BTC) suffered a drop in its mining hash rate owing to a menacing Xinjiang power outage. The resultant effect sent the prices of the cryptocurrency tumbling down, dragging the entire market to a massive fall. However, Bitcoin as well as Ethereum appears to be paring off the losses accrued in the past days.

Bitcoin is trading at $56052.9, down 2.13% while Ethereum has shed off 3.2% to be exchanging hands at $2178.87 according to price data from CoinMarketCap. Though both are still trading with losses, the percentage rate is lower than observed earlier in the day.

At present, the BTC-USD 4-hour chart on TradingView is indicative of a fight between the bears and the bulls to control the market at the $55,000 price level. The MACD indicator is ready to flip and a little more aggressive buying by the bulls can help return the market back toward the $60,000 resistance level. 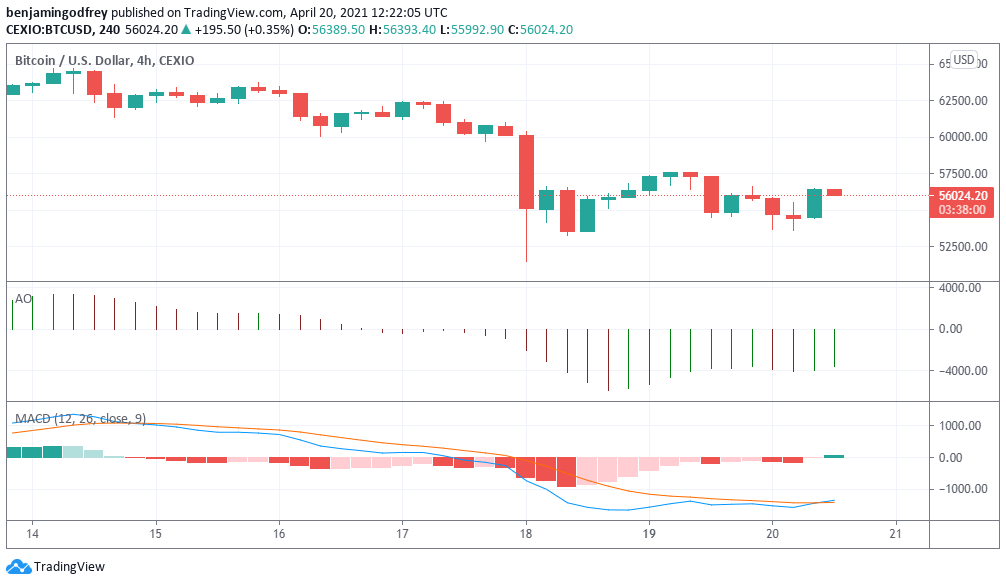 A successful liberation of the MACD line will likely usher in a move to $62,000 before the week runs out.

Ethereum on a pathway to new highs

Ethereum’s growth has been largely correlated with Bitcoin’s, however, the digital currency’s path to recovery is notably more defined at this time. 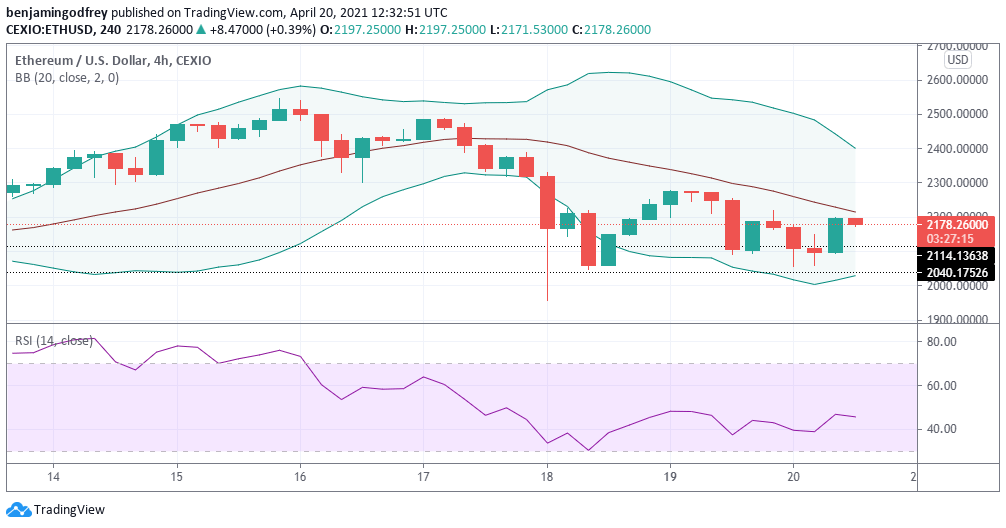 Ethereum is already tilting away from the oversold region of the lower Bollinger Bands as seen in the ETH-USD 4-hour chart above.

The ambition in the short term is to regain the ATH top at $2,547.56 while pushing to break the $3000 resistance level in the mid to long term. Any probable reversals will be resisted at the $2,000 psychologically important level.

The above content is for informational purposes only. You should not construe any such information or other material as legal, tax, investment, financial, or other advice. The trading of commodities, cryptocurrencies and currencies involves significant risk.

Dogecoin price is showing a clean bounce off a critical support area, indicating a resurgence of buyers. The upswing could propel the meme-themed cryptocurrency toward its range high.

SafeMoon price experienced an explosive run-up on Tuesday after an extended pullback. Now, SAFEMOON looks primed for another retracement after creating a new local top.

Bitcoin price has been surging so quickly in the past few years, reaching a high above $64,800. With the rising popularity of decentralized finance (DeFi) and altcoins, many investors consider other cryptocurrencies that may provide better upside and a lower entry price.

Litecoin price shows a bearish bias that could result in a sell-off to a pivotal support barrier. A bounce from this level seems likely to push LTC to retest its recent swing high.