Avalanche (AVAX) is paying the price for being one of the collateral assets that maintain Terra's native stablecoin TerraUSD's (UST) peg with the U.S. dollar.

AVAX's price dropped about 30% to reach  $32.50 on May 11, its lowest level since September 2021. Its massive intraday decline coincided with UST dropping to as low as 23 cents, which effectively dented its stablecoin status among traders and investors alike.

The de-peg incident happened despite Luna Foundation Guard, a Singapore-based nonprofit backed by TerraLabs, emptying its crypto reserves to prop up the UST peg. The firm currently holds 1.97 million AVAX worth nearly $74.75 million, according to data shared by analyst CrypOrca. 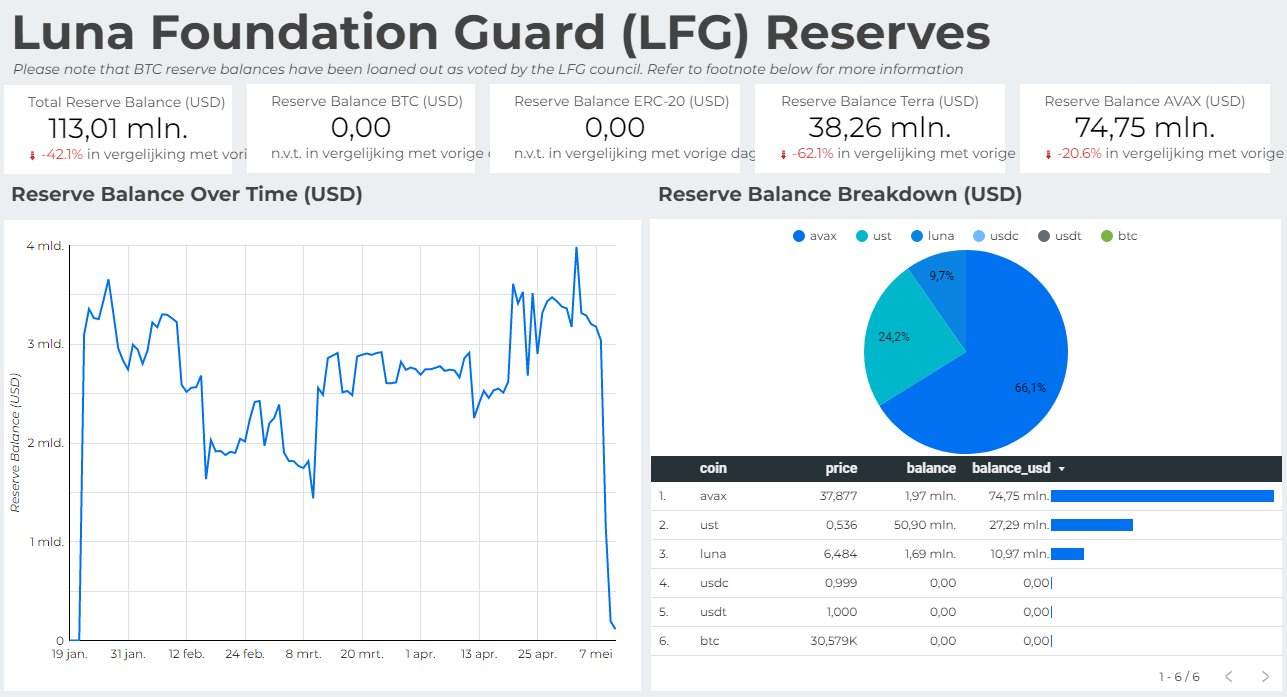 A similar sentiment can be witnessed in the LUNA market, another crypto LFG holds as collateral to back UST. LUNA's value dropped by 85% on May 11, its worst daily performance.

Avalanche bulls attempted to save AVAX from falling below a key support line near $36, coinciding with the 0.238 Fib line of the Fibonacci retracement graph stretched from the $0.29-swing low to the $34.52-swing high.

But a full-fledged bullish reversal appears unlikely as AVAX's upside retracement faces one strong resistance after another.

Initially, the token now eyes a run-up toward a support-turned-resistance area, marked as the accumulation zone in the chart below. The upside target coincides with the 0.618 Fib line around $67. 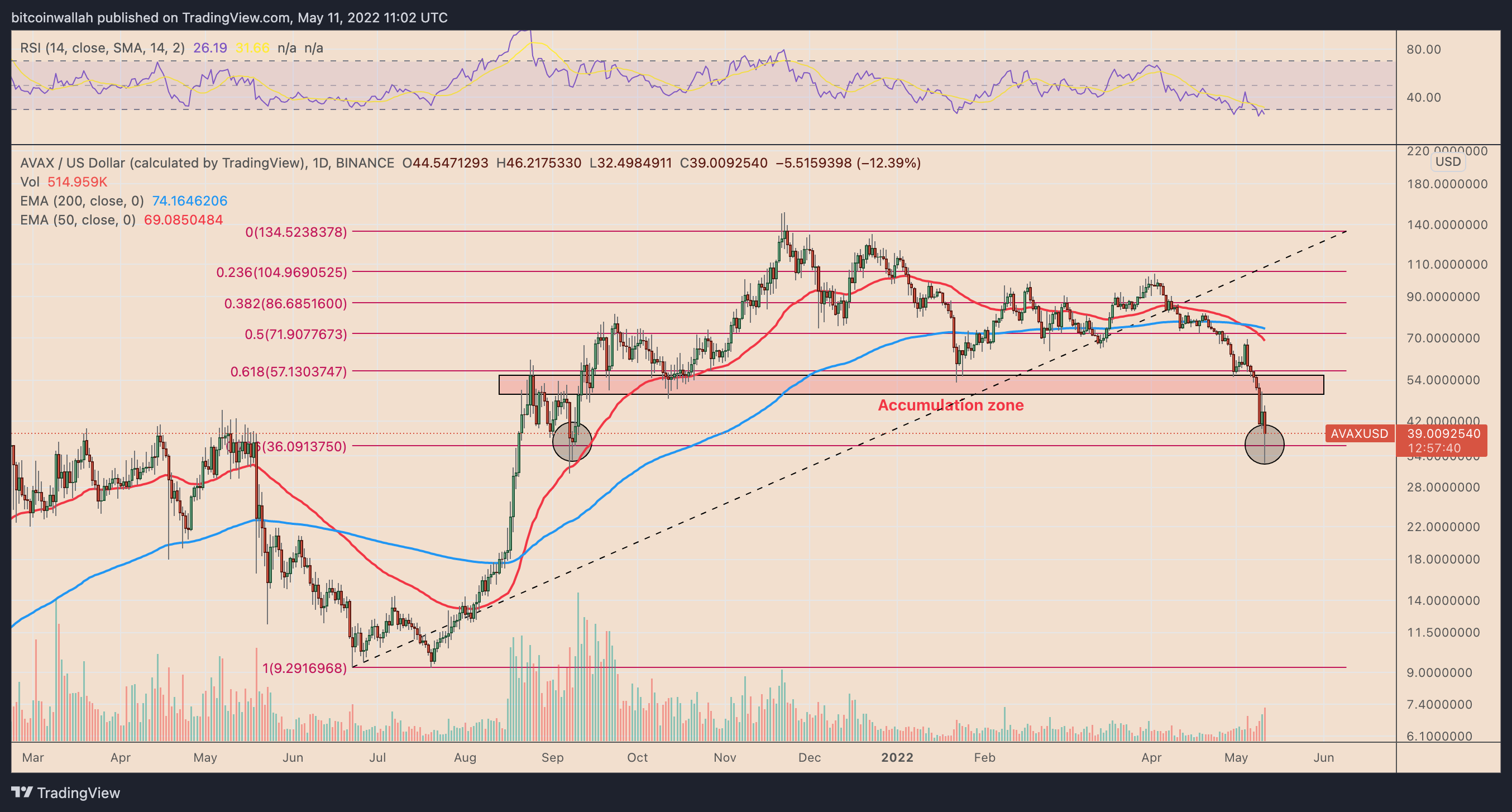 A decisive close above the zone could have AVAX test its 50-day exponential moving average (50-day EMA; the red wave) near $69 and its 200-day EMA (the blue wave) around $74 as next resistances.

But AVAX also faces headwinds from a higher interest rate environment that has dampened buying sentiment across the crypto market.

This could prompt the AVAX/USD pair to retest $36 as support for a breakdown move, which risks leading the price toward $20, an important price floor from  February-April 2021.