The Aave V2 protocol is a major update of the platform and comes with new products like a yield and collateral swap allowing users to deposit their assets in the protocol and trade while being used as collateral.

Current flash loans have also been upgraded and users are now able to pay directly with their collateral in just one transaction. The update also includes other improvements on flash liquidations, debt tokenization, and native credit delegation.

Aave price on the verge of a massive breakout

Right after the announcement, Aave jumped from $82.9 to a high of $92.1 but the price is still contained inside a 4-hour ascending parallel channel. The digital asset seems to be on the verge of breaking out, especially now with the renewed bullish strength thanks to the V2 announcement. 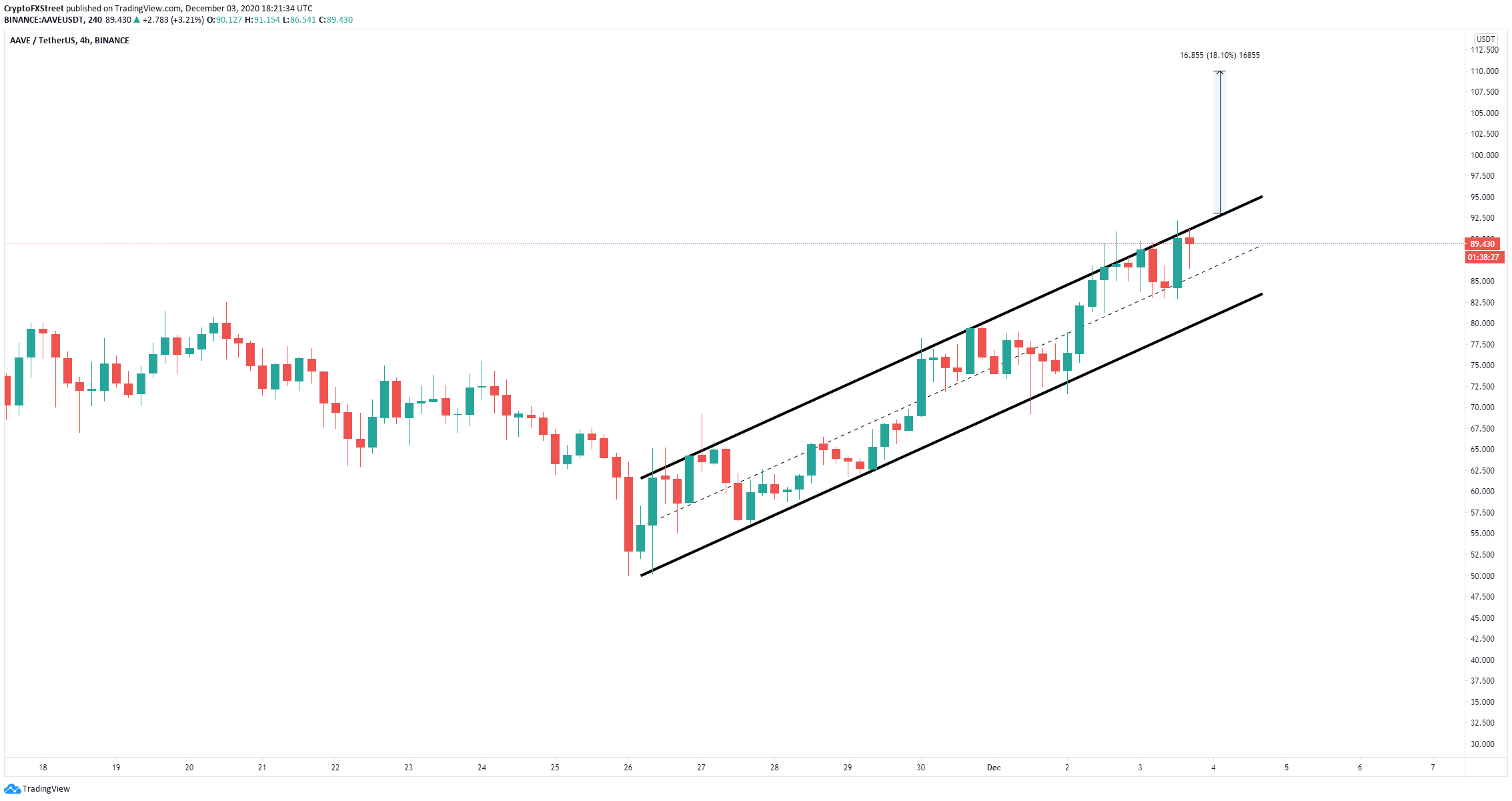 A breakout above the upper boundary of the pattern at $91 can quickly drive Aave price towards $110, an 18% rise. The project has also optimized gas transactions on the Ethereum network to mitigate high costs, which allow users to save up to 50% in some cases, driving the adoption of Aave and increasing the buying pressure.