Gold reached a low level at 1.784.21 after breaking price limits that controlled the scene in the past few trading weeks. However, the yellow metal has risen back to the range after rebounding by around 295 pips from the rock bottom. At the time of writing, XAU/USD was trading at 1807.66, down 3.03 or (0.17%) on a daily basis.

The precious metal has been in a frozen mood since June 17. As a result, gold has been trading in a narrow range where the price has been consolidating inside a tight sideways channel. On Friday, the XAU/USD broke the price limits, resulting in hitting the rock bottom of 1784.21, which was last seen in January of this year before it rebounded towards the previous price range.

This analysis relies on a 4-hour timeframe 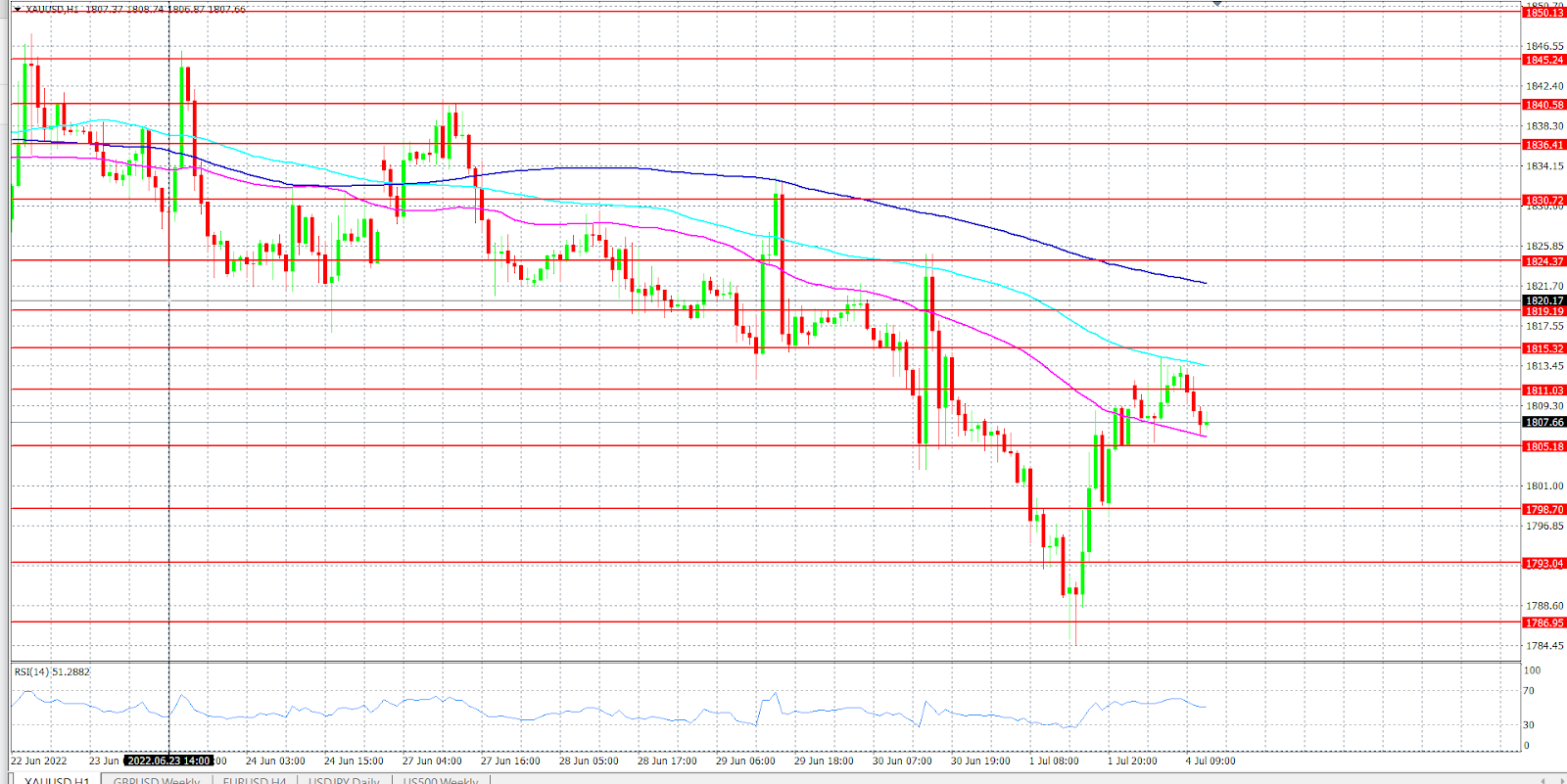 However, the more likely scenario to occur is the bearish scenario. As a result, we will begin with the hurdle that could prevent the price from breaking the range again. The first hurdle on the downside will be the support level of 1805.18. If the price could breach the aforementioned level, that would pave the way towards 1798.70. A successful close below that level would bring 1793.70 to market participants' eyes, followed by Friday’s low at  1784.40.

Alternatively, if the first hurdle on the downside at 1805.18 could prevent the price from falling below, that could push the price to retry conquering today's high at 1814.30. A successful break of today's high would open the door towards 1818.19, followed by the resistance level of 1830.72. If the price could breach the previously mentioned level, that may bring the price to hit the highest level recorded on Thursday at 1824.37.

EUR/USD is oscillating in a narrow range above 1.0700 ahead of the European open. Investors digest the latest comments from US President Joe Biden and Fed Chair Powell. The US Dollar remains on the back foot with yields ahead of Fedspeak.

GBP/USD hovers around 1.2050 amid subdued US Dollar

GBP/USD is trading at around 1.2050, consolidating the renewed uptick heading into Wednesday’s London open. The Cable pair justifies broad-based US Dollar softness amid a mixed market mood and sluggish US Treasury bond yields. A quiet calendar ahead.

Gold price is attempting another run toward the $1,900 this Wednesday, building on its recovery from four-week troughs of $1,860. The latest uptick in the Gold price could be associated with a broadly subdued United States Dollar.