Gold recently corrected a large part of its previous move, but later traded above an important resistance level. Will it be able to sustain this move?

The above chart features gold price in terms of weekly candlesticks. As you can see, it just approached its August high.

The resistance is provided by the weekly closing prices, and since the current week ends today (Dec. 2), it’s likely that gold’s rally was just stopped or that it will be stopped today. 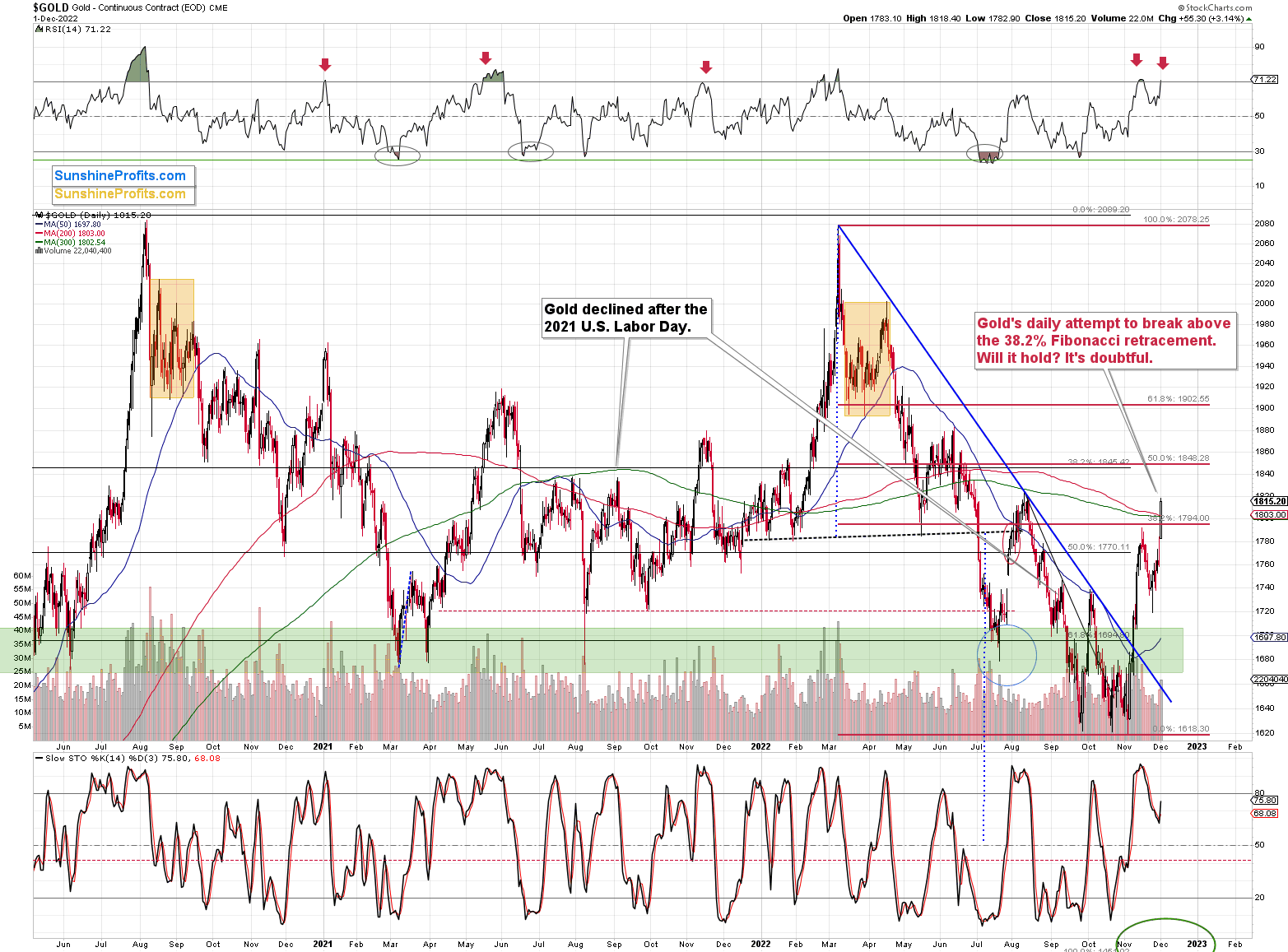 Gold, just like many other markets, recently corrected ~38.2% of its previous move.

Yesterday, however, gold rallied above this important resistance level. Now, the question is: will gold be able to hold this move, or will it invalidate the breakdown shortly?

The RSI just moved above 70, and it’s a classic sell signal, which had worked many times before.

The weekly resistance that I wrote about earlier is an important factor as well. 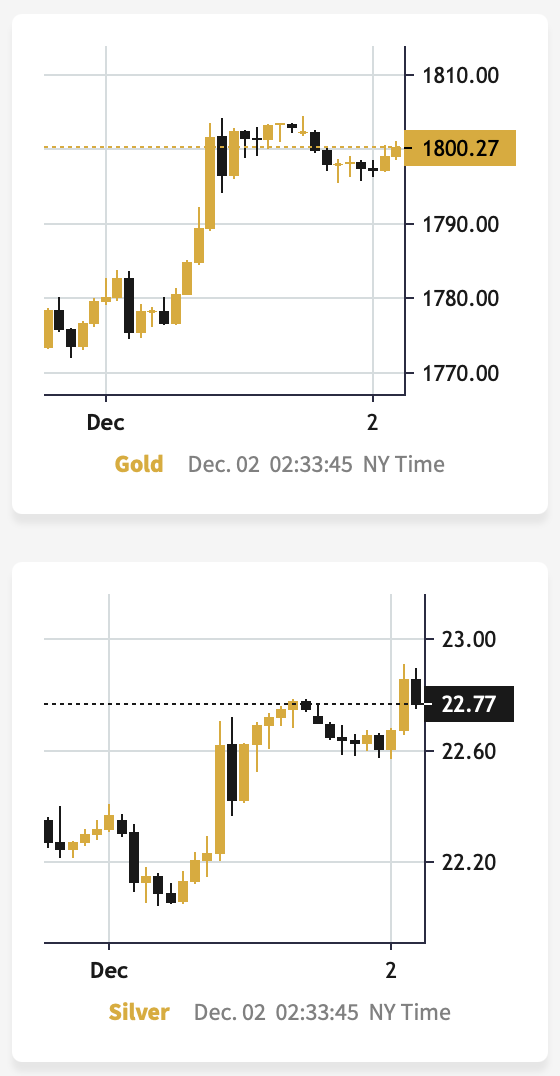 Silver moved higher to a much bigger extent than gold did in today’s pre-market trading, and while the size of both moves is not huge, it’s something that confirmed the previous indications, and it’s a bearish sign.

The reason is that the silver market is much smaller than the gold market is, and in addition to the above (and in relation to it), silver is much more popular with the investment public. The latter tends to buy close to the tops and sell close to the bottoms. Consequently, the particularly strong performance of the white metal indicates that the investment public is “buying like crazy,” and this, in turn, is a sign that a top is being formed.

The reaction (rally) to jobless claims yesterday is consistent with the preceding. Market participants are doing the opposite of what makes sense (so, it seems that it is the general public that is making the purchases). Weaker jobless claims mean the Fed has more leeway to raise interest rates, and higher real interest rates are one (the other is the USD Index) of the key fundamental drivers pointing to lower gold prices.