Last month I explained how super long term cycles are coming together in the S&P500 and DJIA (15th October).

Very few people understand the value of super long term cycles but they are key to forecasting. They seem to time crowd behaviour. Ninety years prior to the 1929 collapse there was a major panic from 1837 to 1841 leading to “The Long Depression” in the USA and 45 years after that saw financial troubles. 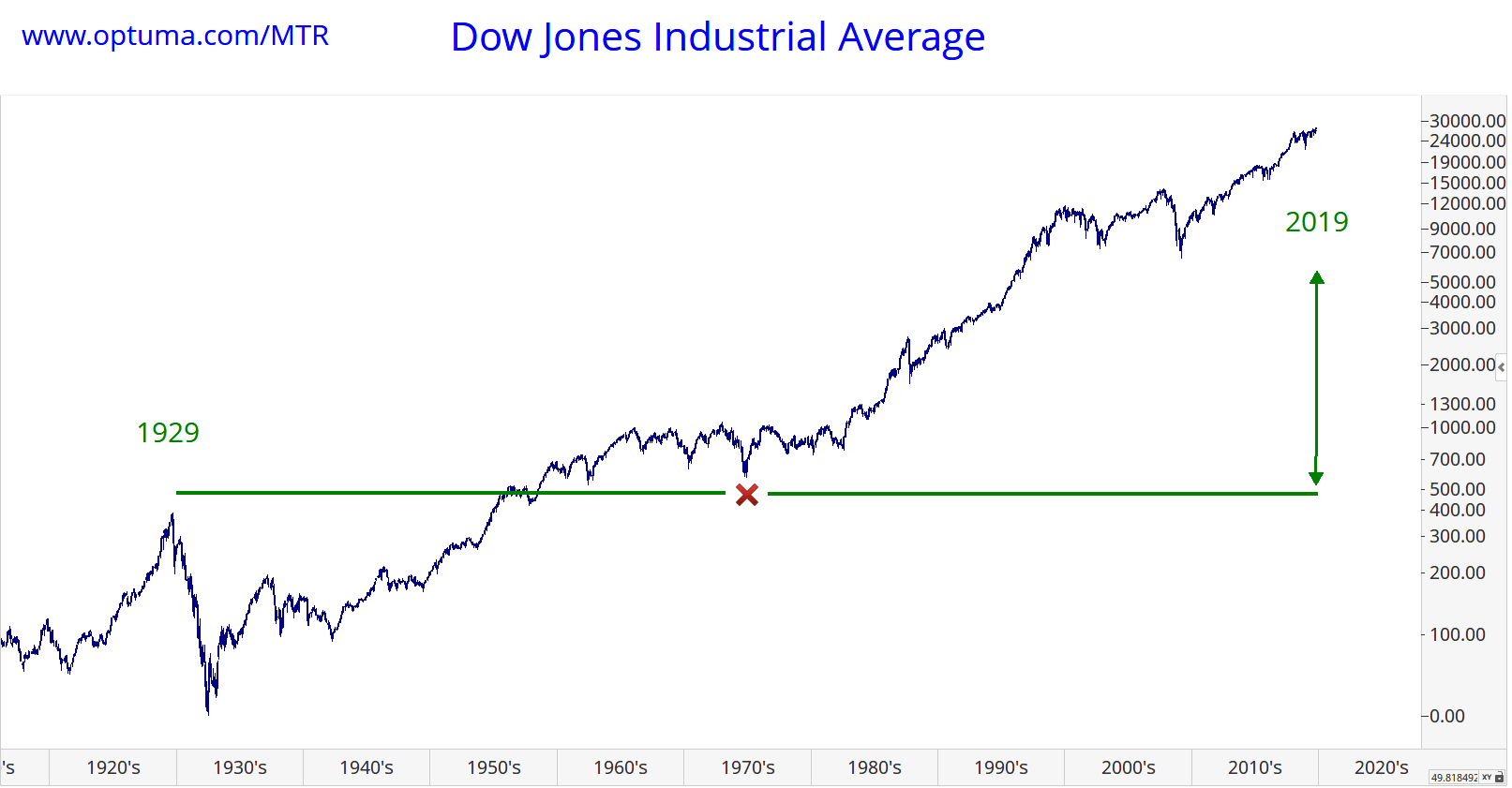 All this suggests that we need to exercise caution.

Markets often reach significant targets when they double in price.

And this is exactly what we are seeing now.

So we have time factors AND price factors in play. For students of the works of Gann – this is known as price squaring time. 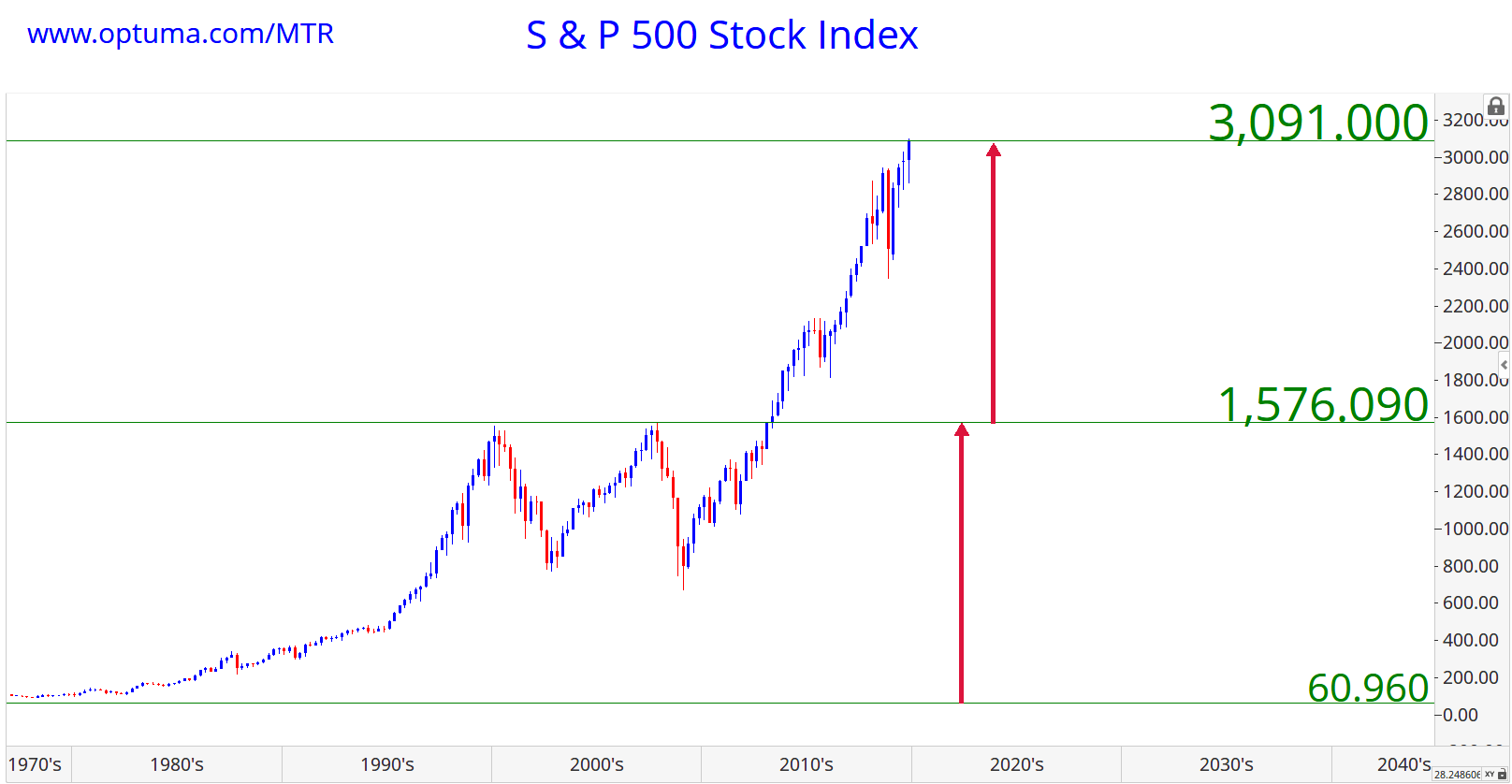 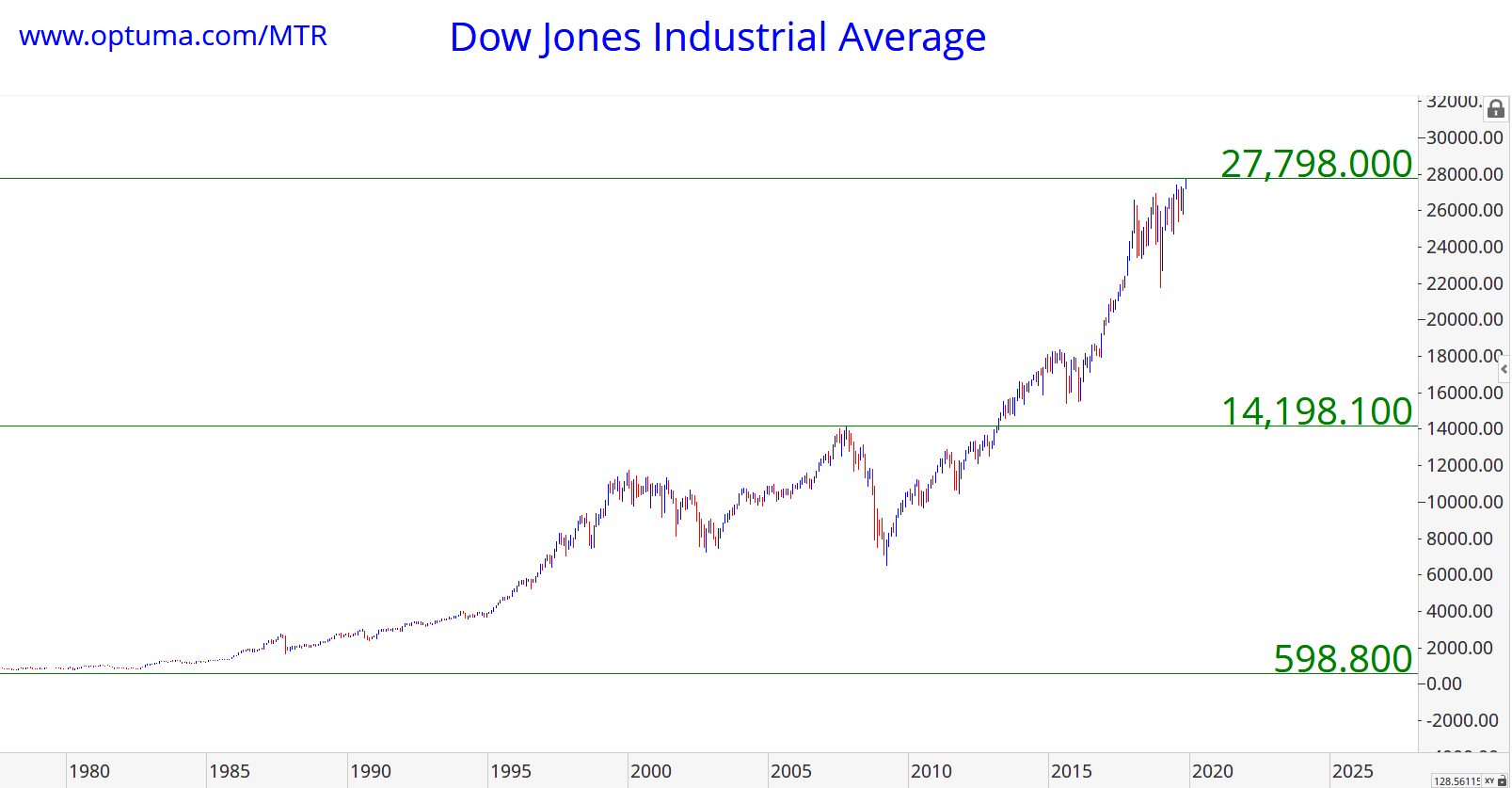 This suggests that the markets may start heading out of steam fairly shortly.

However it is always possible that these targets can be exceeded by a few percent. A 3% exceedance would represent over 90 points on the S&P500 and nearly 900 points on the Dow 30.

Additionally, seasonally, since 1950, the S&P500 has typically closed higher on the last day of the year than it was trading on 22nd November on 75.4% of occasions. We are entering the bullish phase of the year. 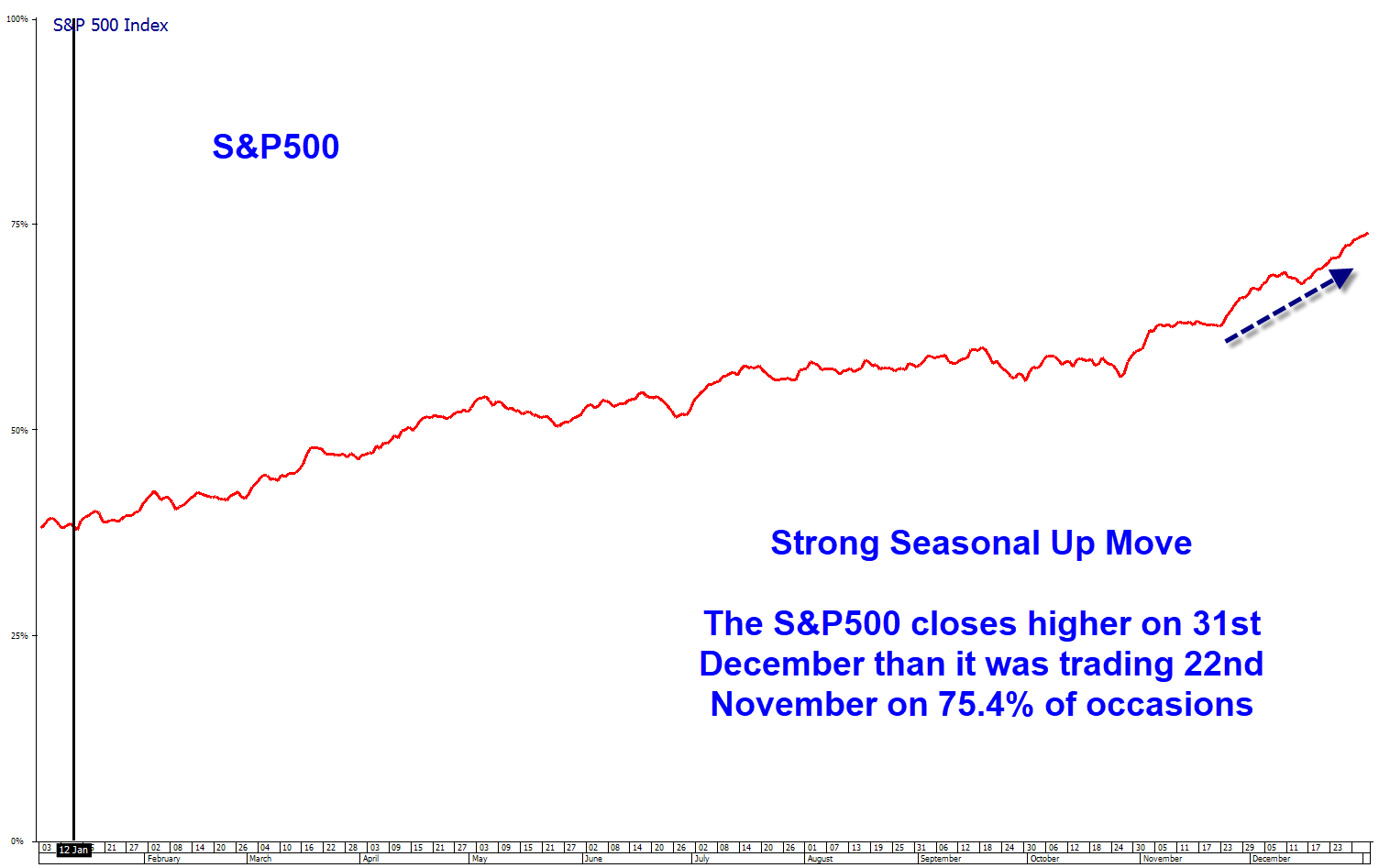 Let’s now add to this our proprietary timing model. In this chart you will see a histogram below the chart. These histograms project into the future and where they spike the market has a high reversal probability. (We use a series of these cycle sets and only the main set is shown for clarity in the chart below). The next clear spike is showing for the week ending 20th December 2019. This is a potential window for a major turn.

Finally, zooming into the present and fine tuning the markets, here are two charts with Andrew Pitchforks added. The upper parallel red lines are potential price targets and levels that we should all be aware of. 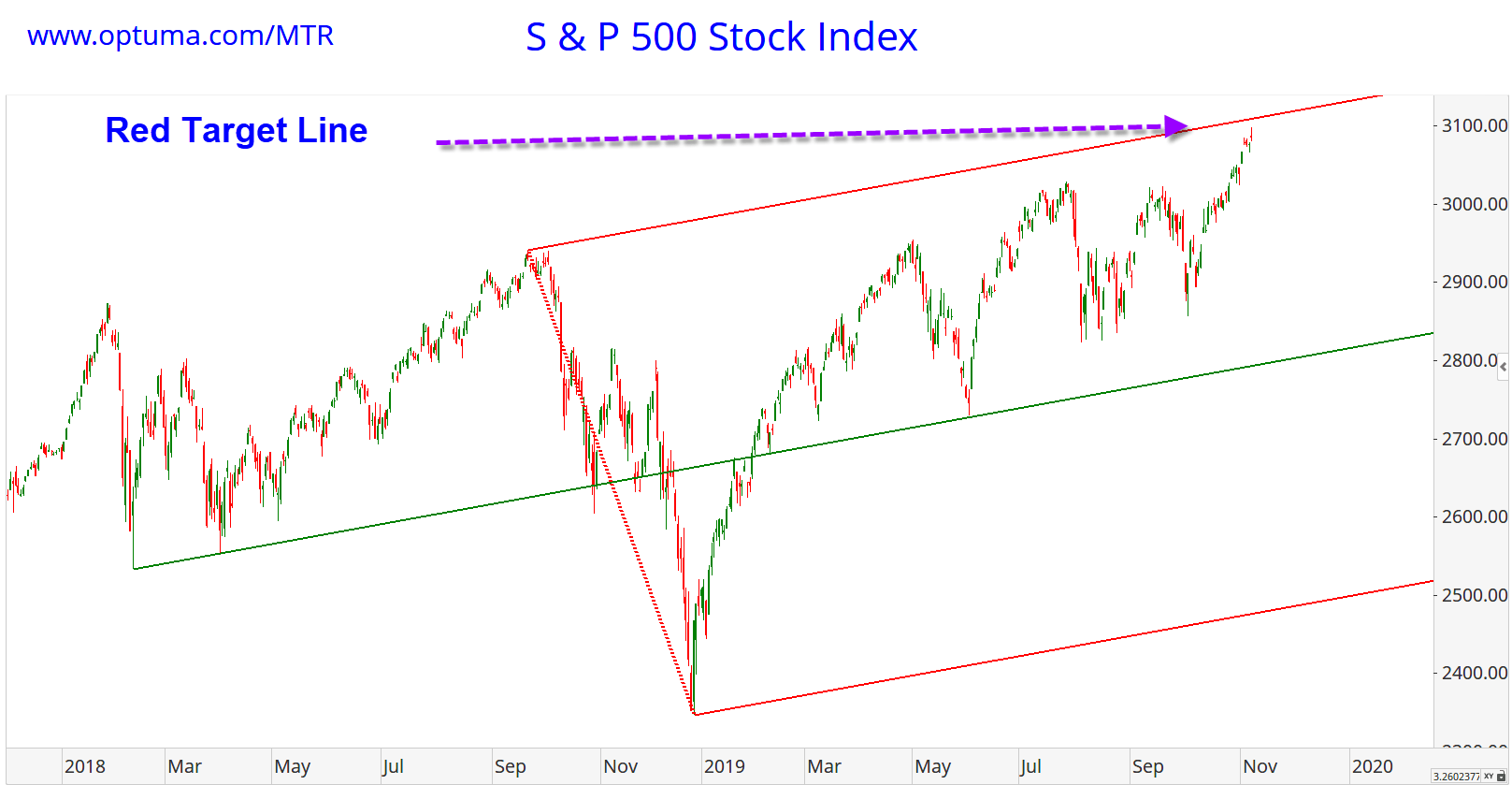 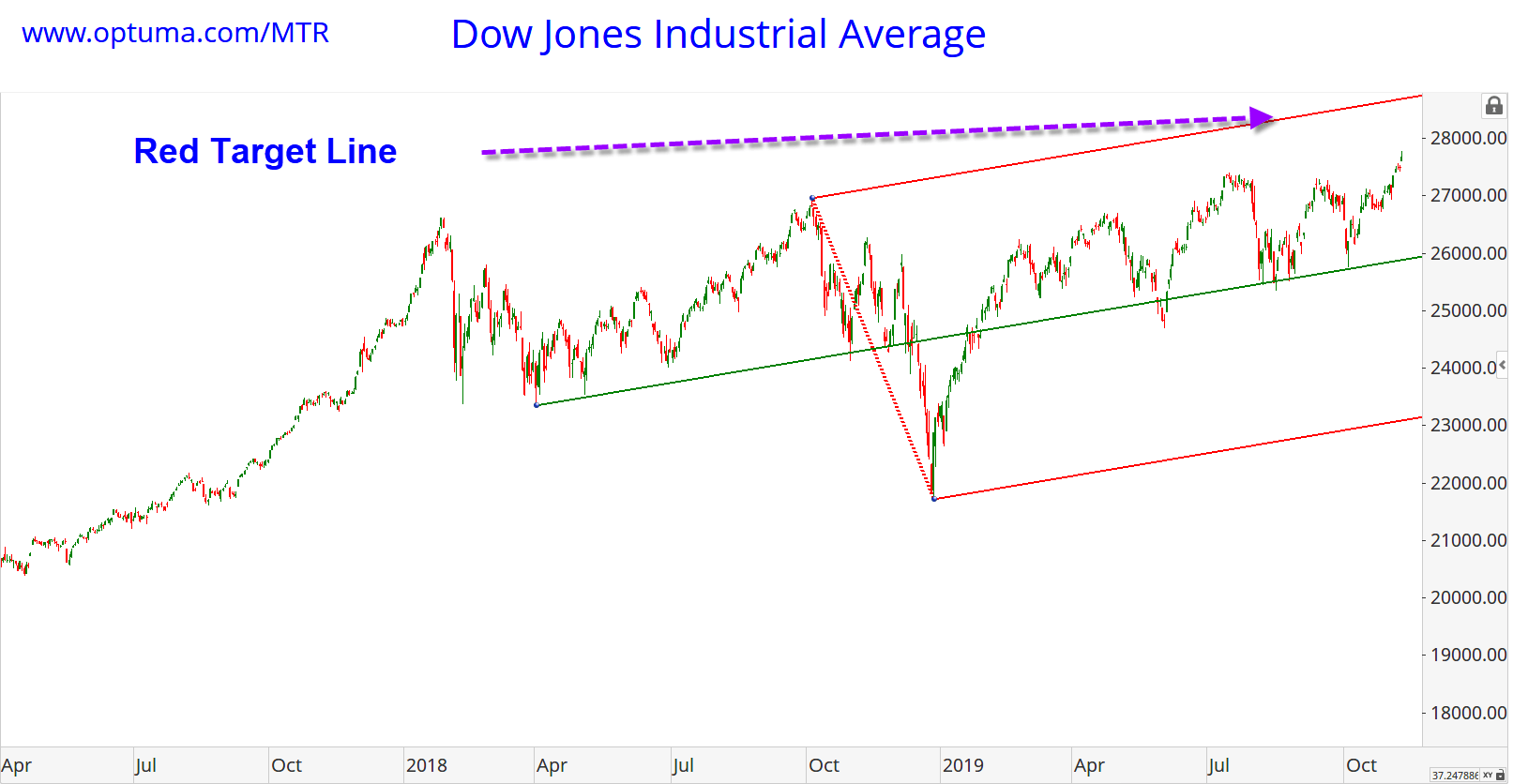 The bottom line is that we are approaching major price targets and major time cycles. We could be seeing the latter phases of this ten year bull market. However in the short term we are likely to head higher.