Thanks to a flurry of positive news flow, ranging from Brexit-related headlines to US-China trade situation, as well as mixed bank earnings, equity markets have rallied sharply today in expense of safe-haven gold and yen. The pound and euro have also risen strongly, causing the Dollar Index (DXY) to turn negative. In other words, it has been risk-ON so far today.

But could that change?

As a result of the risk rally, the USD/JPY was in the positive territory – now in its fifth consecutive green day. The rally has pushed the USD/JPY finally above strong resistance in the 108.45/50 region today, thus triggering fresh technical buying momentum. The exchange rate was closing in on the 109.00 handle at the time of writing, where we have the 200-day average meeting a Fibonacci extension level. Profit-taking around here may cause rates to ease back a little.

A little pullback will not worry the bulls. So long as this 108.45/50 area holds as support now, then the path of least resistance would remain to the upside. However, if for whatever reason (and there are plenty of reasons) sentiment turns sour again, then the USD/JPY could fall back sharply.

But as things stand, we would only turn bearish on the USD/JPY again if that 108.45/50 old resistance area (now support) breaks down. Now that would be a real worry for the bulls, especially given the DXY’s (weak) performance of late. The bullish bias would completely become invalidated upon a break below today’s low at 108.15. If that were to happen then a significant drop would become likely. 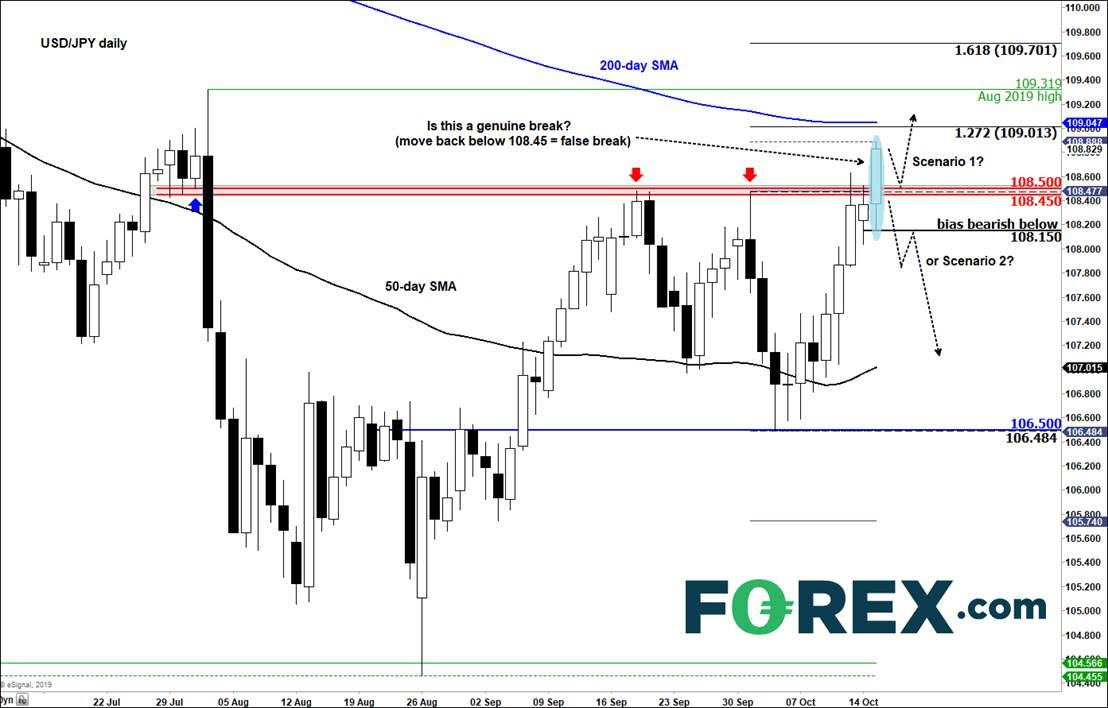