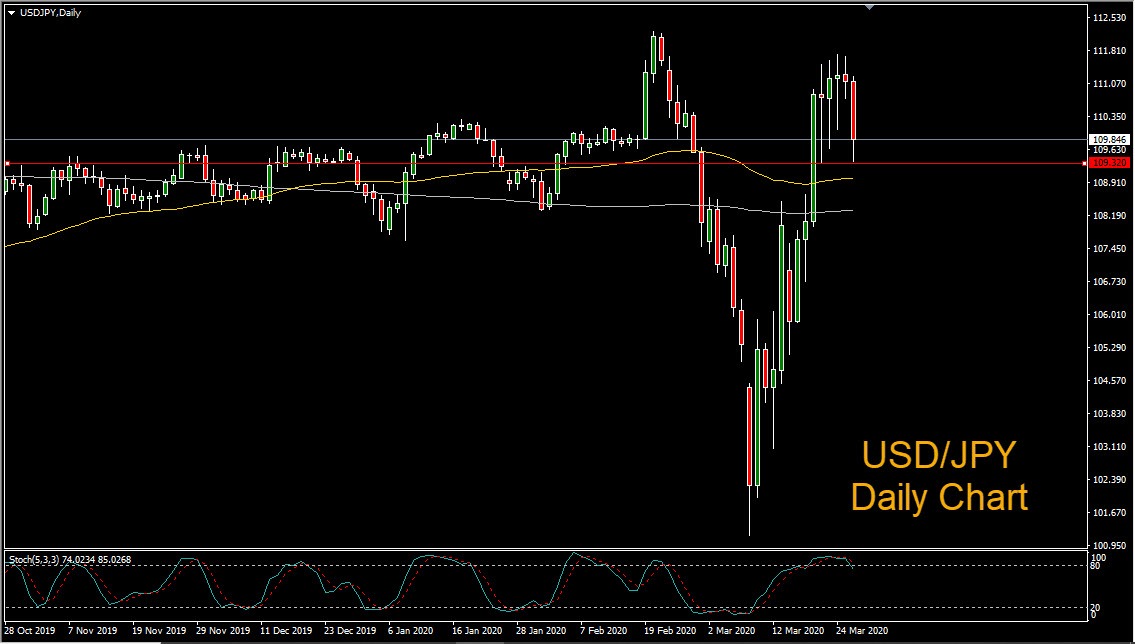 The US Labor Department reported on Thursday that weekly unemployment claims reached 3.28 million. The figure eclipsed the prior record of 695,000 jobless claims in October 1982, underscoring the severe damage the coronavirus has caused to the American economy. Analysts had widely expected that claims would rise to at least 1 million, with some estimates as high as 4 million.

Late on Wednesday, the Senate unanimously approved a $2 trillion economic relief package including direct payments to Americans, expanded unemployment benefits, loans to businesses and increased funding for hospitals. Equities rebounded and the dollar weakened this week as stimulus hopes boosted risk appetite and dampened safe haven demand. The risk sensitive Australian dollar extended gains along with other ‘comdolls’ after falling to the lowest levels since 2002 earlier in March.

According to data from Johns Hopkins University, the number of Coronavirus COVID-19 global cases has risen to 487,648 with 22,030 fatalities. On Tuesday, WHO spokeswoman Margaret Harris told reporters that the US has the “potential” to overtake Europe as the new epicenter of the coronavirus.On Wednesday night, the United States registered over 1,000 COVID-19 deaths. In Europe, Spain suffered more than 700 fatalities in 24 hours and has now overtaken China in number of deaths. A glimmer of hope emerged as Italy’s coronavirus infections rate slowed for a fourth successive day Wednesday.

Last week the US Dollar Index reached its highest levels since January of 2017, lifted by its safe haven status and the scramble for cash amid the worsening pandemic. It has since lost ground as the markets appear somewhat reassured by the unprecedented levels of stimulus unveiled. USD/JPY fell to its lowest levels of the week on Thursday in the wake of the jobless claims data. Support lies at the 109.32 level, while the recent high of 111.70 represents resistance.