After a parabolic rise, USD/JPY registered its first weekly loss on Friday, providing traders the first opportunity to question whether this marks the end to the yen’s misfortune this year. Considering the prevailing uncertainty in financial markets, traders would be wise to measure up the opportunities in either direction, whilst cautiously sizing their positions. 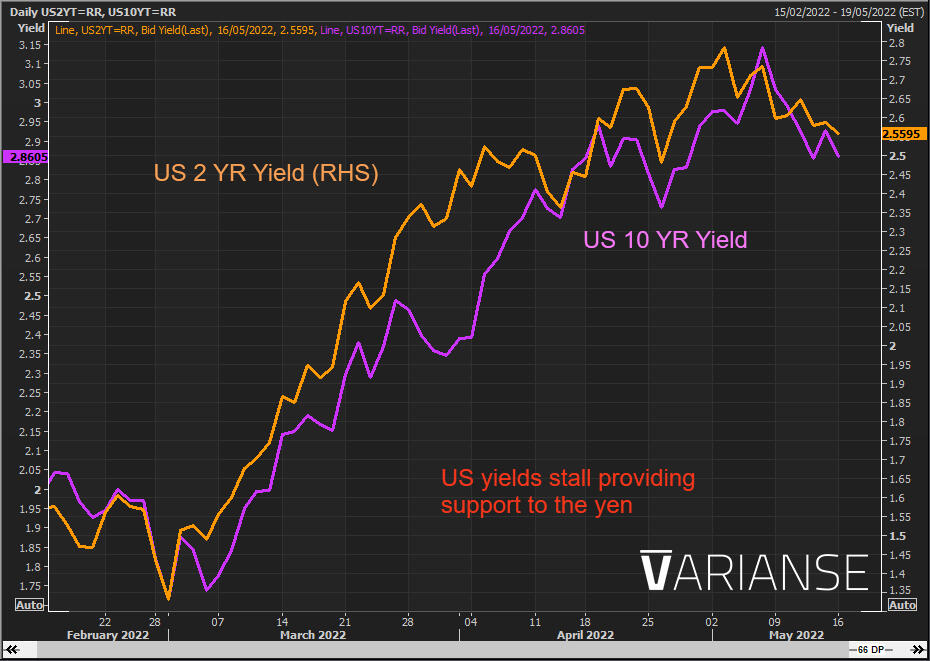 If you are USD/JPY bear, you’re basically singing up to a fundamental narrative where global growth is faltering, and/or expectations around further Fed tightening have peaked, and/or Bank of Japan’s ends it commitment to monetary policy easing. To varying degrees, all three outcomes have become more likely in recent days, but their joint probability remains low.

Any of one of those outcomes, however, could lead to a dramatic retracement given just how quickly the pair has risen over prior eight weeks. Were price to break below 127.50, then the most obvious point of support would be the 125.11, which acted as prior resistance in March. The December 2016 118.667 looks like a bigger area of support as we highlighted in a April.

That said, USD/JPY bulls still have reasons to be optimistic. Last week’s losses may mark a consolidation ahead of a bigger move higher in the pair. Buyers would be wagering on a continued move higher in Fed expectations and US yields, reluctance on BoJ intervention to support the yen and a commitment to ultra-accommodative policy, and a buoyant global and US economy.

A break above last week’s swing high of 131.35, would provide greater technical confirmation of a continuation in USD/JPY’s upward trend, in absence of any continuation pattern forming. A quick rejection of the 39.2% Fibonacci level retracement level between the March swing low and the May swing high, certainly adds credibility to a further continuation, but it is still early doors in terms of price development.