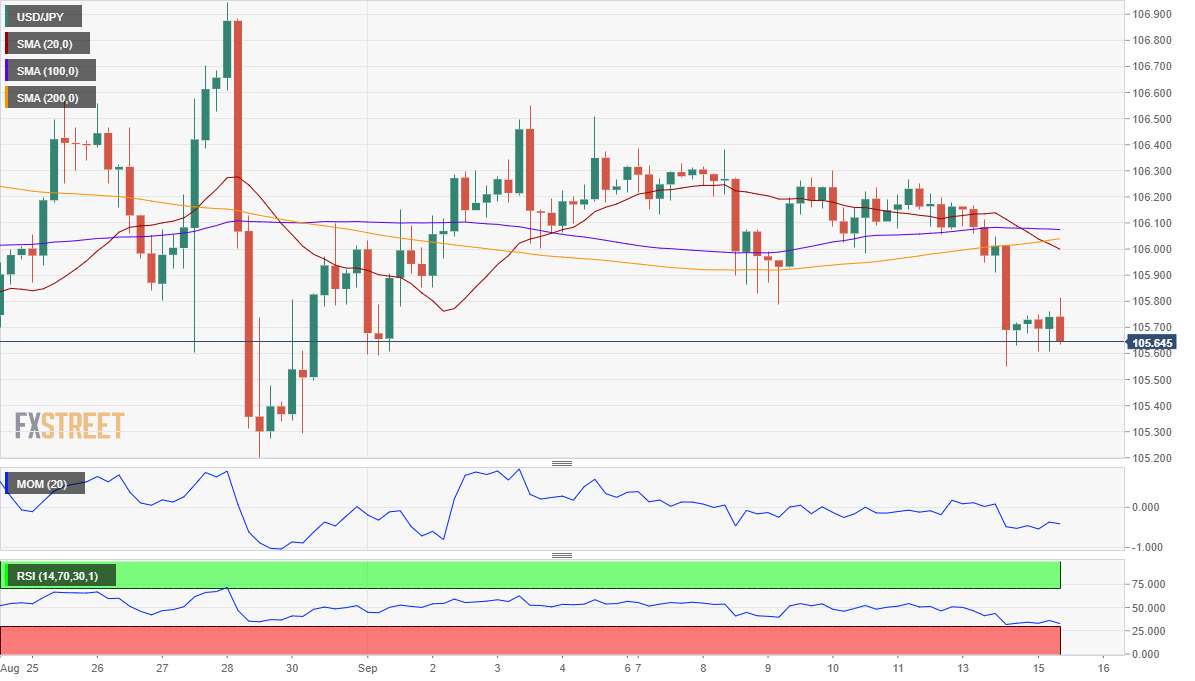 The dollar maintains a low profile across the board, trading near its weekly lows against most major rivals.  The USD/JPY pair hovers around 105.60, ignoring gains in European indexes, which are anyway modest. Chinese data released overnight kept the positive sentiment afloat, although as it happened yesterday, a caution stance prevails ahead of first-tier events to take place later in the week.

The Japanese macroeconomic calendar remained empty this Tuesday, while the US will offer minor figures, hardly capable of overshadowing sentiment trading. The country will publish August Industrial Production, foreseen at 1% from 3% in the previous month, and Capacity Utilization for the same month, expected at 71.4% from 70.6% in the previous month.

The USD/JPY pair is biased lower according to intraday technical readings. The 4-hour chart shows that it keeps developing below all of its moving averages, with the 20 SMA crossing below the larger ones, and all of them above 106.00. Technical indicators, in the meantime, have turned lower within negative levels, lacking enough momentum but still indicating sellers are in control. A steeper decline is to be expected on a break below 105.50, an immediate support level.

EUR/USD hits 1.18 on hopes for a US stimulus deal

EUR/USD has advanced to 1.18 as Democrats and Republicans have reportedly narrowed the gap in stimulus talks. The safe-haven dollar is on the back foot and investors are shrugging off concerns about new coronavirus-related lockdowns in Europe.

GBP/USD is falling below 1.2950 and towards 1.29 ahead of a call between EU and UK negotiators. Brussels said it is ready to intensify talks. PM Johnson is set to put the Greater Manchester area under lockdown and US fiscal stimulus talks are eyed.