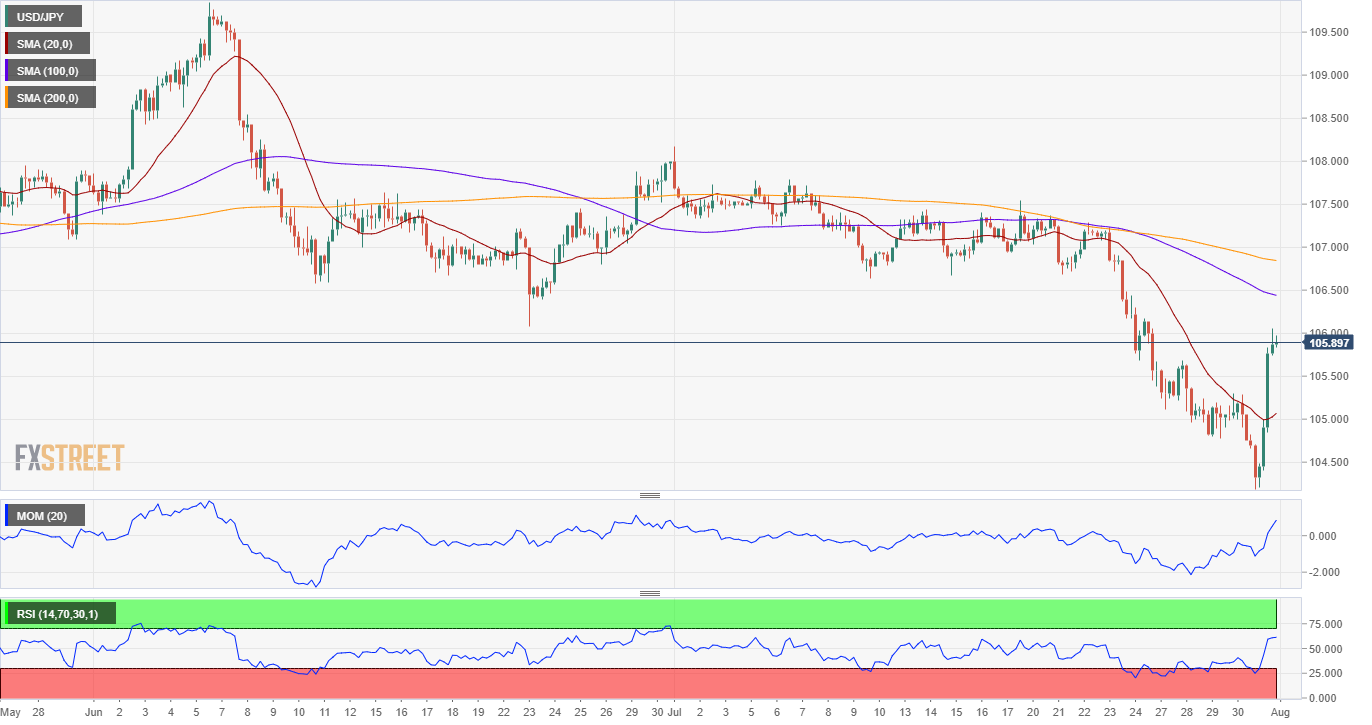 The USD/JPY pair bottomed at 104.18 on Friday, a level that was last seen early March, later recovering to settle at 105.87, having trimmed most of its weekly losses. Mixed US data helped the greenback, as Personal Spending in the country increased by 5.6% in June, while Personal Income in the same month declined by 1.1%, this last missing the market’s expectation. Core PCE inflation, in the meantime, contracted to 0.9% from 1.0% in the previous month. Nevertheless, it was good enough to help Wall Street recover the ground shed in the previous sessions. Treasury yields, however, remained depressed and near record lows. Yields for the 3-year note and the 5-year note hit all-time lows, while that on the 10-year note plunged to 0.52%, a four-month low.

Japanese data released on Friday were generally upbeat, as the unemployment rate of the country improved to 2.8% in June, while Industrial Production in the same month rose 2.7% MoM. July Consumer Confidence improved from 28.4 to 29.5 but missed expectations of 32.7. At the beginning of the new week, the country will publish the final version of the July Jibun Bank Manufacturing PMI, foreseen unchanged at 42.6.

The USD/JPY pair still has limited bullish potential in its daily chart, as the over 150 pips’ advance was barely enough for technical indicators to correct extreme oversold readings. In the mentioned time-frame, the pair continues to develop below all of its moving averages, with the 20 DMA heading firmly lower below the larger ones at around 106.60. In the shorter-term, and according to the 4-hour chart the pair could extend its advance, as it recovered above its 20 SMA, which is now gaining bullish traction, as technical indicators hold near their recent highs well into positive ground. A bearish 100 SMA provides critical resistance at 106.45.