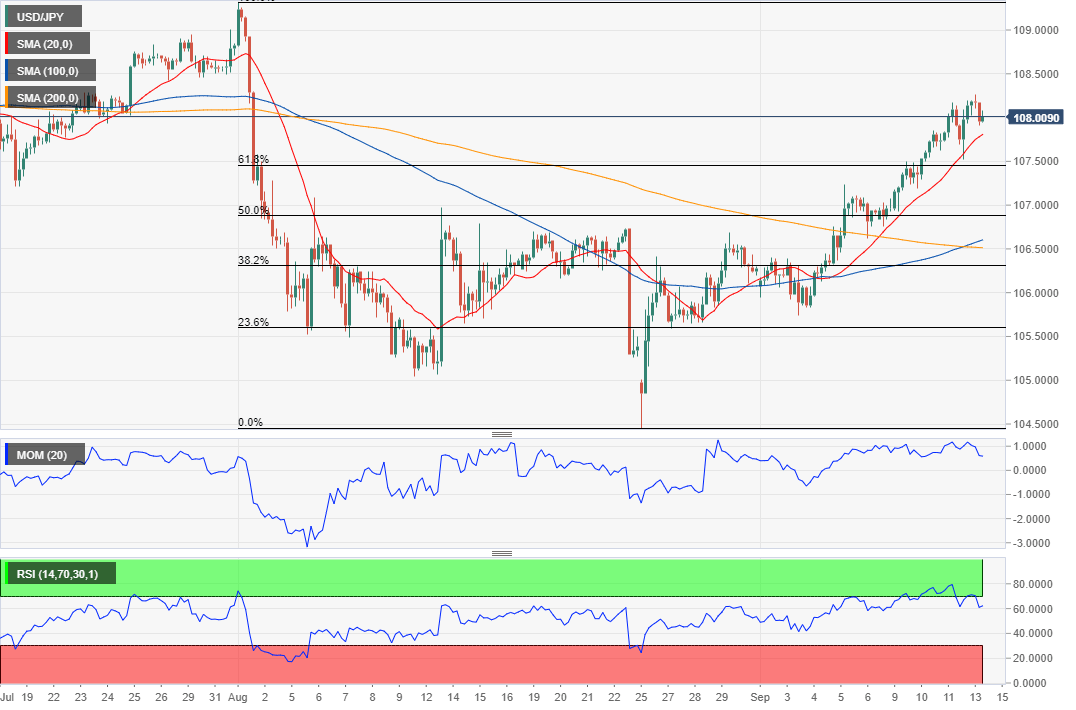 The USD/JPY pair trades marginally lower daily basis at around 108.00, after hitting 108.25 during Asian trading hours. The American currency is under selling pressure, ever since the ECB announced a stimulus package, as the market speculates that somehow, the decision is forcing the US Federal Reserve to make a move next week. On the other hand, the market mood is positive, with equities rallying and government bond yields at two-week highs, usually negative factors for the Japanese yen.

Japan released July Industrial Production, which was up by 1.3% monthly basis and by 0.7% when compared to a year early, in line with the previous readings. Capacity Utilization in the same month rose 1.1%, better than the previous -2.6%.

The US will seal the week with relevant data, as the country will release August Retail Sales, seen up in the month 0.2% after rising 0.7% in the previous month. The core reading, Retail Sales Control Group, is seen up 0.3%. Later in the session, the country will publish the preliminary estimate of the September Michigan Consumer Sentiment Index, foreseen at 90.0 after plunging to 89.8 in August.

The USD/JPY pair maintains its bullish stance according to intraday technical readings, although the momentum is missing. In the 4 hours chart, the pair is above a bullish 20 SMA, while the 100 SMA is crossing above the 200 SMA in the 106.60 region. Technical indicators have eased within positive levels, with the Momentum maintaining its bearish slope, but the RSI flat at around 62. A key support is located at 107.45, the 61.8% retracement of the August decline. The bullish case will remain in place as long as this level contains declines.