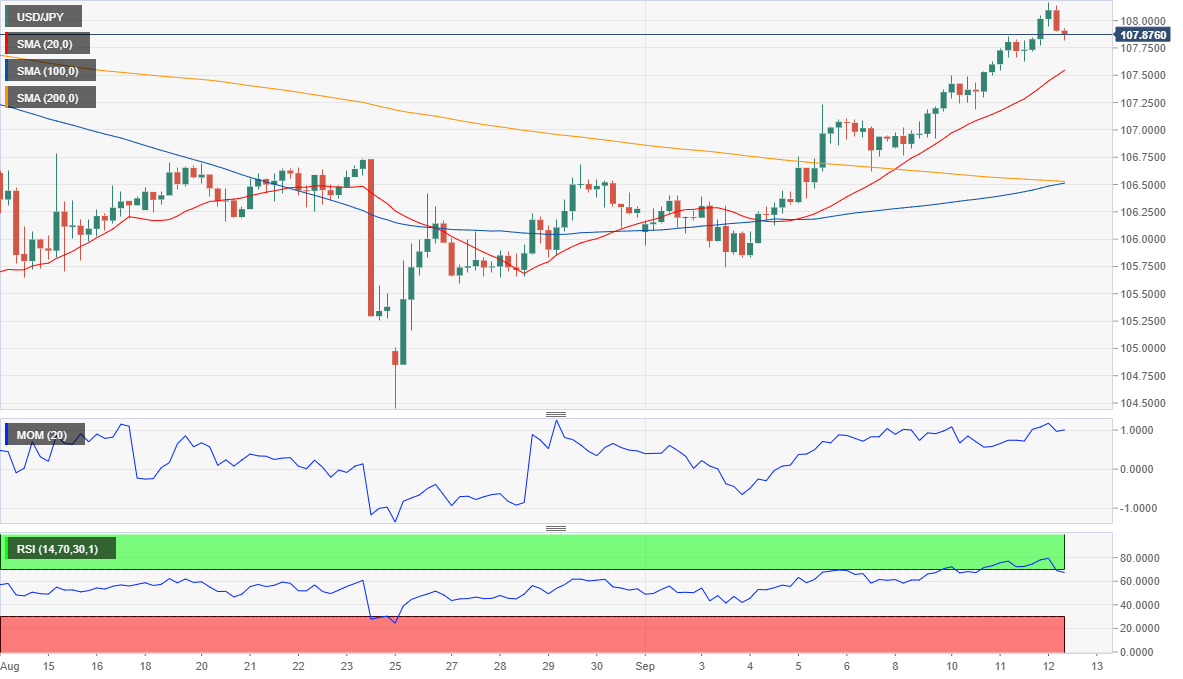 The USD/JPY pair peaked 108.16 during Asian trading hours, getting a boost from headlines related to the US-China trade war. US President Trump has postponed the introduction of higher tariffs on Chinese goods meant for October 1 until October 15, in a  goodwill “gesture” ahead of talks between the two economies. The announcement weighed on the safe-haven yen, leading to the mentioned advance.

Japan’s Producer Price Index was down by 0.3%MoM in August and declined by 0.9% when compared to a year earlier, according to overnight releases. Machinery Orders in July declined by less-than-anticipated, coming in at -6.6% YoY, while Tertiary Industry in the same month increased a modest 0.1%. Mixed figures hat anyway indicate slowing economic growth. The US will release its usual weekly unemployment figures and the final version of August inflation, with the core annual CPI seen at 2.3%. The ECB is set to announce its latest monetary policy decision in the middle, and would likely introduce loads of noise.

The USD/JPY pair has extended its intraday advance up to the 100 DMA, the first time testing the bearish indicator since last May, retreating afterward to the current 107.90 area.  In the 4 hours chart, the pair is developing well above all of its moving averages, with the 20 SMA advancing above the 61.8% retracement of the August decline, reinforcing the 107.40/50 area as support. Technical indicators retreated from extreme readings, but hold in overbought territory, keeping the risk skewed to the upside.