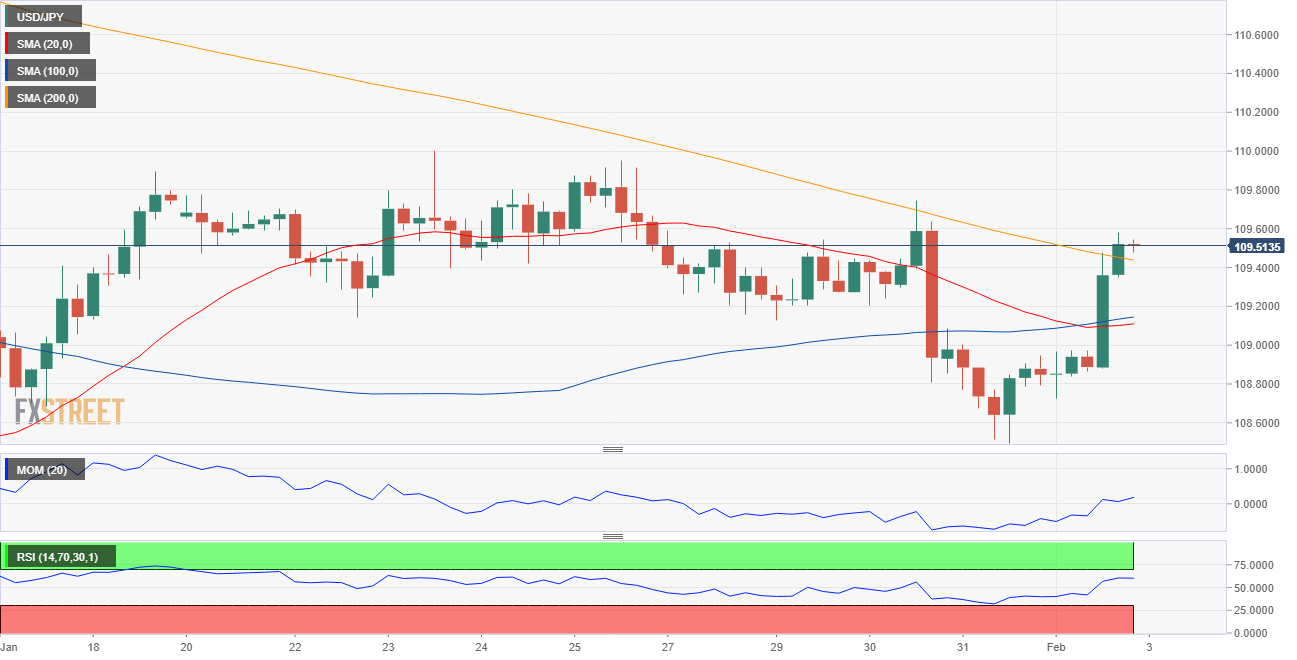 The USD/JPY pair changed course Friday and trimmed its weekly losses, ending it barely up around 109.50. The upward surprise in US Nonfarm Payroll headline gave a boost to worldwide indexes, with Wall Street closing mixed but off its daily low. US Treasury yields also recovered following the strong number, amid decreased demand for safe-haven government bonds. The benchmark yield for the 10-year Treasury note finished the week at 2.68% after briefly piercing 2.62% earlier in the week. The Nikkei Manufacturing PMI for January, resulted at 50.3, surpassing the expected 50.0. There won't be relevant news coming from Japan until Tuesday when the country will see the release of the Markit Services PMI for January.

The pair returned to its comfort zone previous to the FOMC's dovish announcement, above the 109.05 Fibonacci level, the 61.8% retracement of its latest daily slump. In the daily chart, the 100 DMA extends its decline above the 200 DMA, nearing the larger one, both around 111.50, maintaining the longer-term perspective skewed to the downside. Technical indicators in the mentioned chart head marginally higher within neutral levels, falling short of confirming additional gains ahead. In the 4 hours chart, the intraday advance Friday stalled around the 200 SMA, the immediate resistance at 109.60, while technical indicators lost upward strength, the Momentum right below its mid-line and the RSI at 59, in line with the longer term perspective.

Gold price is looking to build on the previous recovery gains this Tuesday, as the United States Dollar retreats further from four-week highs against its major peers. Risk sentiment remains in a better spot after setting off the week on a tepid note.