USDCAD has been in an uptrend since March, storming to a fresh 29-month high of 1.3976 before experiencing a significant downside correction. Even though the pair managed to erase part of the recent pullback, it has been on the retreat again as its latest rebound failed to strengthen.

The momentum indicators currently suggest that bearish forces are gaining control. Specifically, the RSI is retreating below its 50-neutral mark, while the stochastic oscillator is descending near the 20-oversold zone.

To the downside, bearish forces could send the price to test the November low of 1.3225, which coincides with the pair’s high in July. Sliding beneath that floor, the crucial 1.3074 resistance region could appear on the radar. Failing to halt there, the bears may then aim at the 1.2960 support before the attention shifts to the August low of 1.2727.

On the flipside, should buyers regain control and push the price higher, initial resistance could be met at the recent resistance of 1.3494. Piercing through this region, the pair might challenge 1.3570, which overlaps with the 50-day simple moving average (SMA). A break above the latter could trigger an advance towards 1.3850.

Overall, USDCAD appears ready to resume its recent decline as its latest rebound has run out of steam. Therefore, a break below the 1.3225 floor could validate this negative tendency. 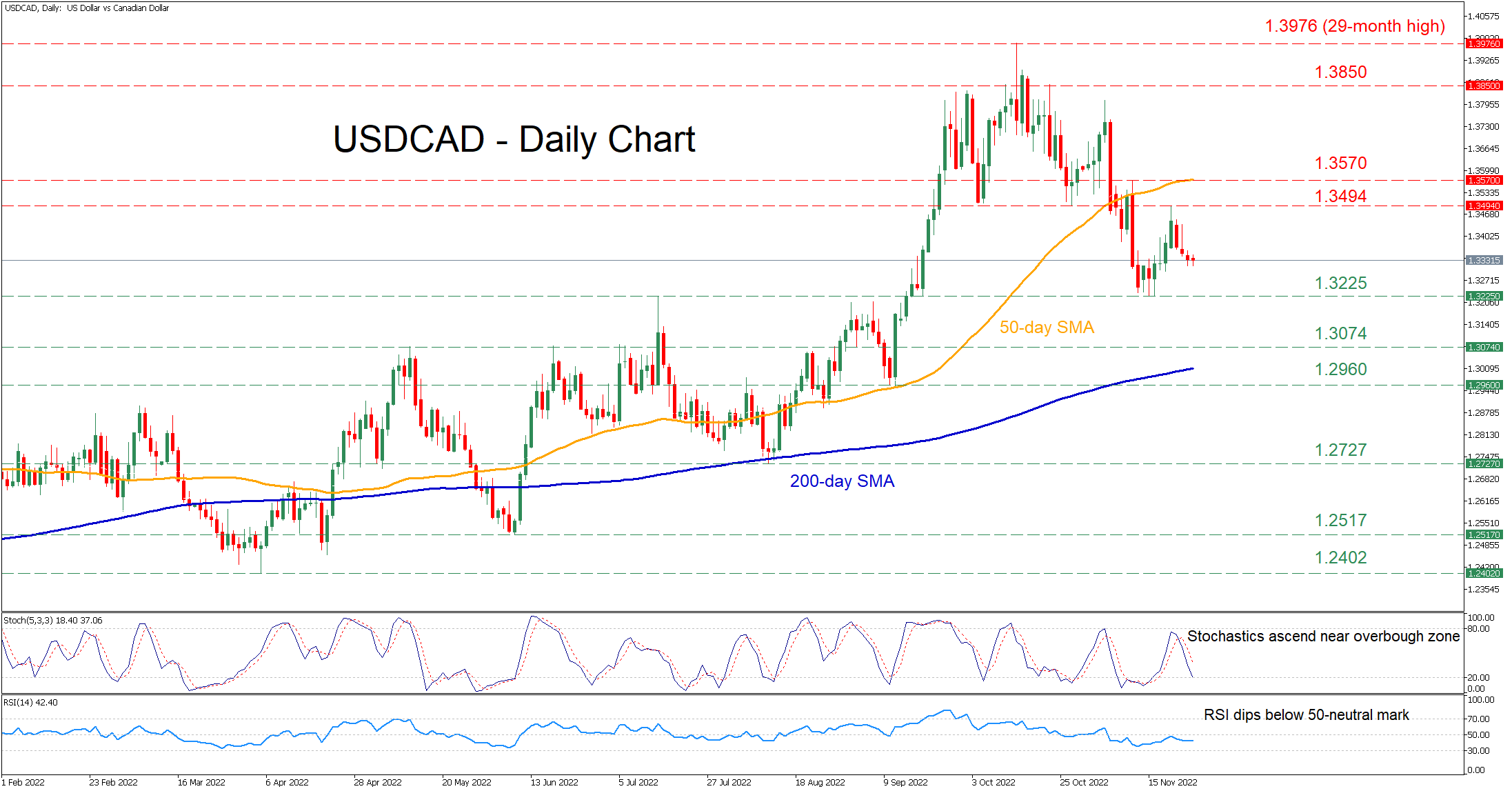