US stocks declined for the third straight day as the market worried about valuations and the rising coronavirus cases. The Dow Jones fell by more than 256 points while the S&P 500 and Nasdaq 100 fell by more than 30 and 130 points, respectively. Globally, the number of coronavirus cases is rising, with countries like India and Brazil leading the way. With only a small part of the population vaccinated, analysts believe that the world is far from recovery.

The indices declined as the market worried about valuations since most stocks have more than doubled in the past year. Also, there are concerns about growth as the earnings season goes on. Netflix, one of the biggest pandemic winners, reported weak earnings. This is after the total additions rose by less than what it reported in the same quarter in 2020.

The New Zealand dollar was little changed even after relatively strong New Zealand inflation numbers. According to the country’s statistics agency, the headline consumer inflation index rose from 0.5% in the fourth quarter to 0.8% in the first quarter. Analysts were expecting the inflation to rise to 0.7%. This increase led to an annualized gain of 1.5%, better than the previous 1.4%. While the numbers are below the 2% RBNZ target, they point to healthy growth. They also mean that the central bank may start turning hawkish in the new term.

The British pound declined slightly after strong employment numbers were published yesterday. The UK unemployment rate declined to 4.9%, which was a better figure than the expected increase to 5.1%. The numbers also showed that the economy lost fewer jobs than earlier expected. Today, focus will turn to the UK inflation numbers that will come out in the morning session. Economists expect the data to show that the headline CPI rose by an annualized rate of 0.8% while core CPI rose by 1.1%. Elsewhere. The South African and Canadian statistics agencies will publish their inflation numbers while the EIA will publish the latest inventories numbers. The Bank of Canada will deliver its interest rate decision.

The USD/CAD jumped to a high of 1.2625 yesterday. On the hourly chart, the pair is forming a bullish flag pattern that is shown in pink. It has also moved above all moving averages while the MACD has moved substantially above the neutral level. The Relative Strength Index (RSI) has also moved from the overbought level to the current 69. Therefore, the pair may break out higher later today as traders eye the next resistance at 1.2700. However, because of inflation and the BOC decision, the pair will likely be a bit volatile. 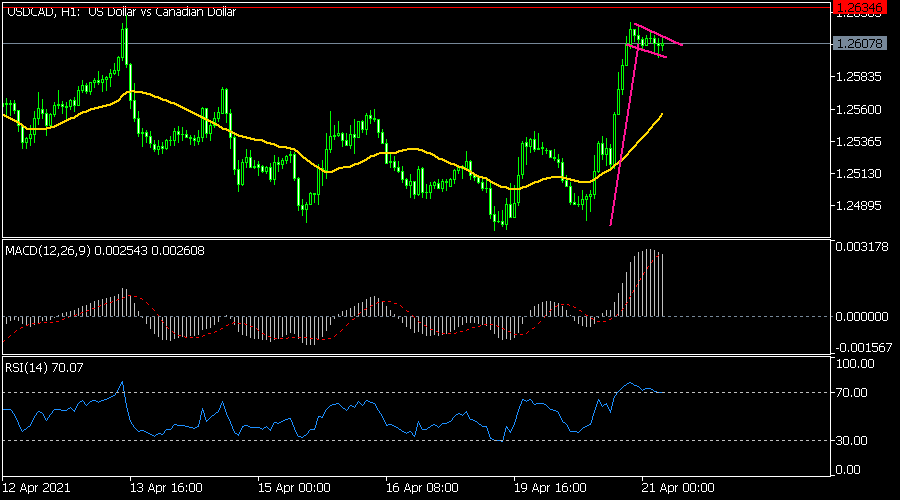 The EUR/USD pair was little changed during the Asian session. It is trading at 1.2030, which is below this week’s high of 1.2080. On the hourly chart, the pair has moved back to the ascending channel that is shown in pink. It is also at the same level as the 25-day moving average while the Relative Strength Index (RSI) has moved to 45. The pair may break out lower today as bears target the lower side of the channel. At around 1.1950. 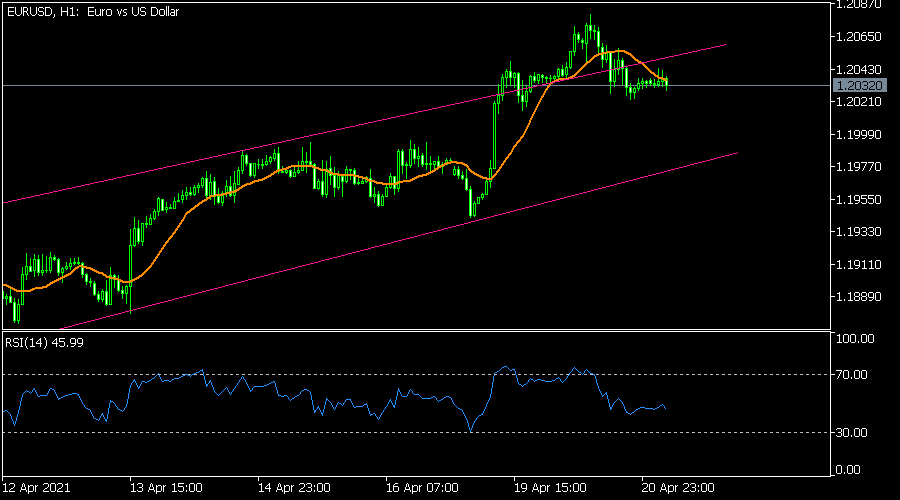 The GBP/USD pair declined to an intraday low of 1.3927 ahead of UK inflation numbers. This price is below the important resistance level at 1.400 that it hit on Monday. On the four-hour chart, the price is slightly above the neckline of the double-bottom pattern at 1.3925. It is also slightly above the 25-day moving average while the Relative Strength Index (RSI) has moved slightly below the overbought zone. Therefore, the pair may resume the upward trend as bulls attempt to move above the 1.400 level. 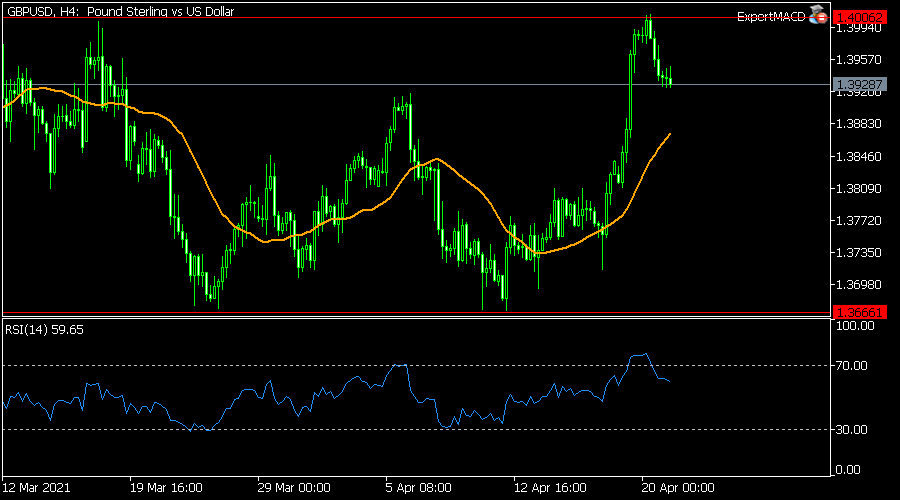