Private employment recorded by Automatic Data Processing (ADP) expanded a bit less than anticipated in April and business executives tracked by the Institute for Supply Management (ISM) lost some of their optimism. The retreat still left all three measures at their best levels in months.

American clients of ADP hired 742,000 new workers in April, slightly fewer than the 800,000 predicted by economists. Even so it was the best total since last September. The March and April combination averaged 654,000, the strongest two months since the lockdown rebound in May and June last year.

April’s ISM Purchasing Managers’ Indexes (PMI) in manufacturing were lower than their March results and missed forecasts in three of four categories.

Absent from the single March-April comparison is the sharp improvement in the manufacturing outlook since the third quarter of last year.

Optimism in the factory sector over the past six months has been the highest three decades. Executives have responded to the general expectation that the US economy will expand more than 6% this year and to the specific encouragement of a ten-month tide of incoming orders.

Manufacturing PMI averaged 60.62  for the six months to April, the best sustained half-year since March 1984. The New Orders Index averaged 65.2 over the same half-year and just a trifle less, 64.6, over the last ten months, which is the highest comparable period since August  2004.

The March Employment Index rating of 59.6 was the best score since March 2018 and the six-month average of 53.6 is a return to the level of mid-2019 for this normally lagging indicator..

Here again the six-month tracks in three of the four indexes are the best in years.

As in the manufacturing sector the Employment Index turned in the weakest performance. At 54 in April, the six-month average has just returned to its level in the middle of 2019.

Neither the forecast disappointments nor the improved performance of these three indicators had appreciable market impact this week.

From Monday to the Asian open on Thursday the dollar is lower against the sterling and Canada, higher versus the euro and flat in the USD/JPY and AUD/USD. All of the changes are a matter of a few points except the pound which has gained almost a figure. 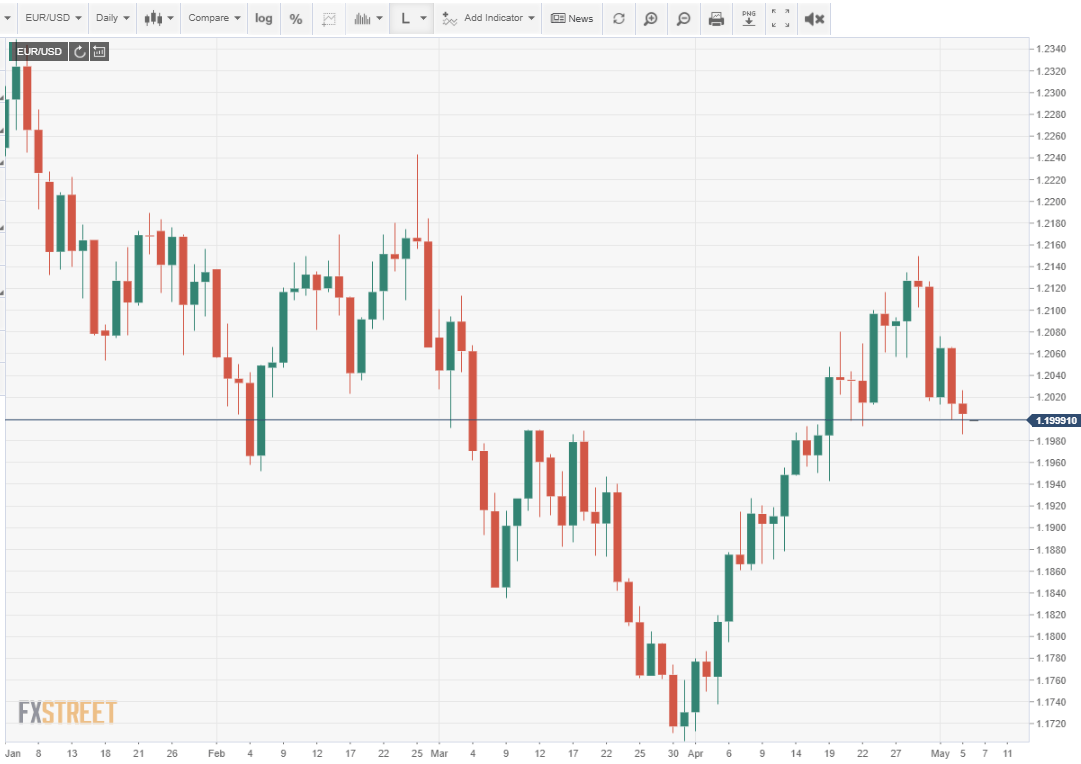 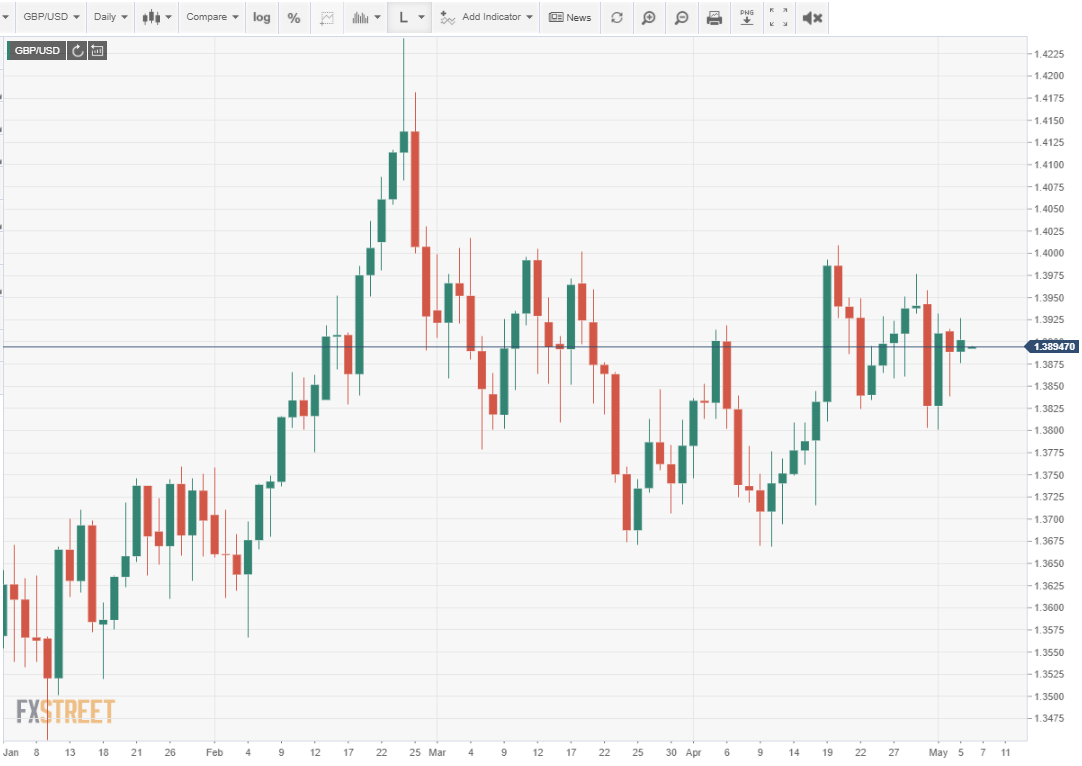 Equities were likewise unimpressed. Through Wednesday the S&P 500 had lost 0.6%, the Dow had gained 1% and the tech-centred Nasdaq was down 3.2%.

Treasury yields were treading water also. The 10-year shed 4 basis points on the week to close at 1.58% on Wednesday. The 2-year return was unchanged from its 0.16% open on Monday and the 30-year was off 4 basis points of yield to 2.26%. 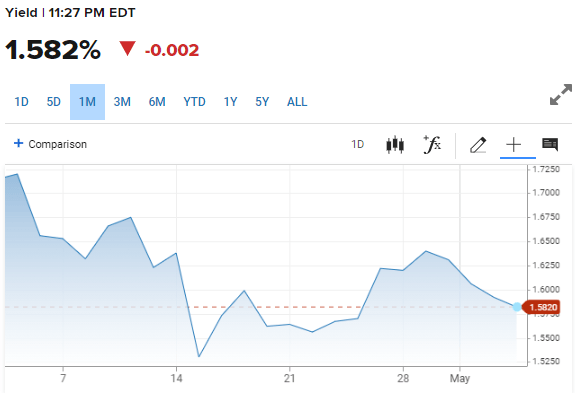 Markets are waiting for the US Nonfarm Payrolls report on Friday. With almost one million new hires expected and some softening in the manufacturing indexes and two of the four services indexes there might seem to be potential for a substantial miss.

First, while the Employment Index for manufacturing did fall 4.5 points in Apri to 55.1, it remains solidly in expansion. Executives cited in the report noted that inability to find sufficient skilled workers and shortages in material and parts were the reasons behind the employment changes, not the lack of work. Orders are at an exceptionally high level as businesses and consumers recover from the pandemic inhibitions.

Second, business employment optimism rose in the service sector which is about 85% of US economic activity.

Third, GDP grew at a 6.4% annualized rate in the first quarter, the best in a generation. The Federal Reserve expects that pace through the end of the year. While the Atlanta Fed's early second quarter estimate of 13.6% is probably too high, a substantial acceleration in growth is not out of the question.

Fourth, inflation gains indicate not only a base effect from last year’s lockdowns but a quickening of commodity prices and consumer demand. If employers have to raise wages to secure workers that, and the gradual end of unemployment benefits, will draw people back into the labor force.

The US economy is booming. One wonders how long the Federal Reserve can deny reality.