Never underestimate the US consumer – this adage is mostly correct, but sometimes shoppers go on strike due to high prices. That is the fear for October's Retail Sales report. As some 70% of America's economy is around consumption, the upcoming publication is critical for the dollar.

Consumer Sentiment has hit the lowest since 2011, at least according to the University of Michigan's preliminary read for October, which came out at 66.8 points. It was at the only marginally less miserable levels of 71-72 beforehand. That came despite American consumers buying non-stop in August and September, in defiance of expectations.

The figure to watch is the Retail Sales Control Group – aka core of the core: 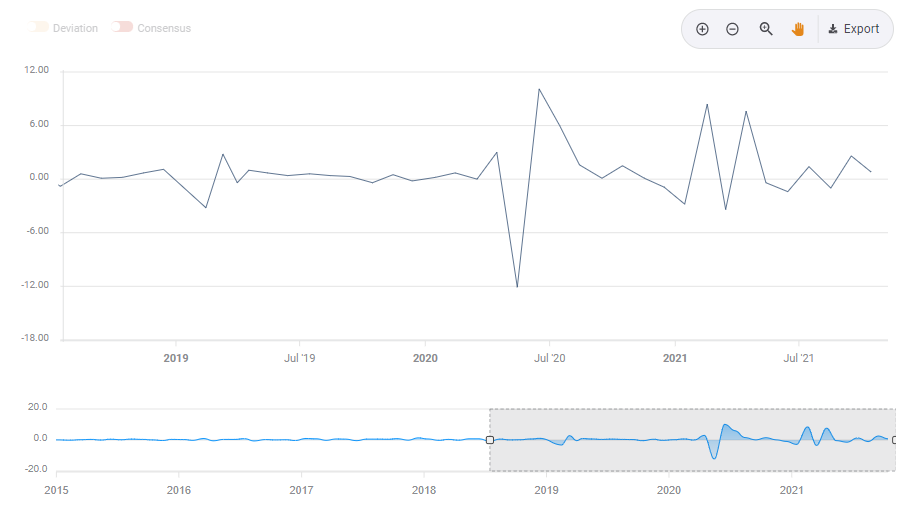 On the other hand, inflation accelerated in October, reaching an annual level of 6.2%, the highest since 1990. Did higher prices cause consumers to pause? That could cause shivers for investors outside America. Without strong US demand, the global economy could weaken.

If headline Retail Sales grew by up to 0.4%, it would represent a slowdown, but not a disaster. Such a figure would cause investors to expect a more gradual pace of tapering and then rate hikes from the Federal Reserve – but not a material change.

It would also represent a pause, but not a danger for the global economy. In that case, the dollar could edge lower.

A growth rate of 0.5% or higher – especially above September's 0.8% figure – would be another sign of strength for the US economy, coming on top of an excellent Nonfarm Payrolls report.

Investors could begin expecting a faster taper pace from the Fed and rate hikes coming sooner rather than later. In that case, the dollar could rise.

Why would the underlying currency drop on weak data? The dollar is special – it is the world's reserve currency. Investors rush to the greenback in times of trouble as the ultimate safe haven.

In case retail sales fall, it would be interpreted as a sign of stagnation, a state where high inflation causes shoppers to wait out, triggering a vicious downturn cycle.

The dollar is set to benefit from two out of three scenarios for retail sales, due to its safe-haven status.