The US manufacturing sector looks to continue its boisterous ways with executive sentiment and new business setting records as the US economy powers out of the pandemic.

The Purchasing Managers’s Index (PMI) from the Institute for Supply Management is forecast to rise to 65 in April from its 38-year high of 64.7 in March. The Prices Paid Index will dip to 85 from 85.6. New Orders were 68 and the Employment Index was 59.6 in March.

The production sector has been on a strong upswing for four months.

The 61.2 average of the last four months for the Manufacturing Purchasing Managers' Index from the Institute for Supply Management is the highest since March 1984. New Orders have averaged 64.7 for the nine months from July through March and that is the highest three-quarters of a year since August  2004. 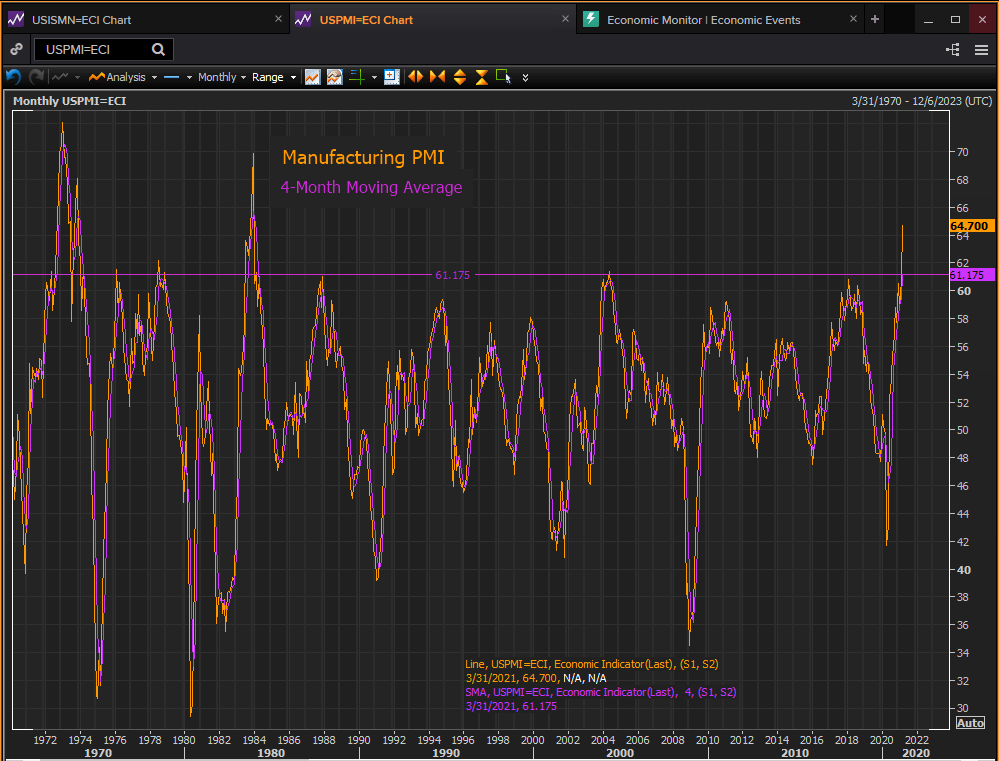 Employment has lagged the general improvement in the manufacturing indexes but the three month average of 55.3 is the best of the pandemic era.

The New Orders Index is the best indicator of the flood of business that has buoyed the factory sector and prompted the near-historic levels of optimism.

Originating in the spate of delayed orders in the second half of last year after the collapse in March, April and May, the factory order book was given a second fillip by the surge of Retail Sales in the first quarter. 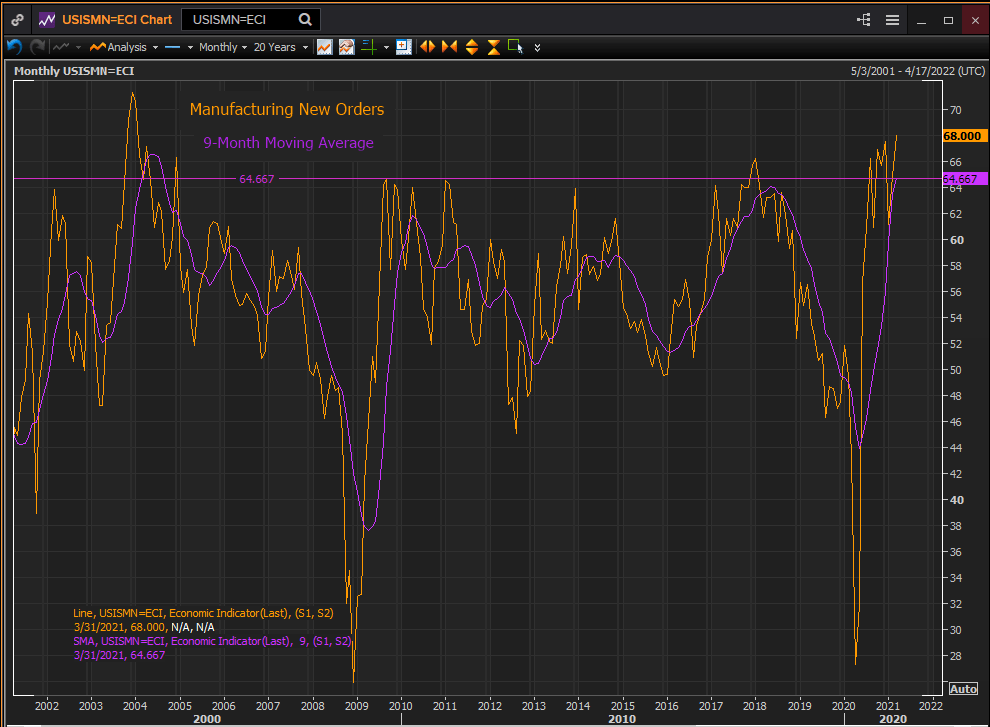 Aided by the two stimulus awards of $600 in January and $1400 in March and the red-hot job market, US consumers boosted Retail Sales by 4.90% in the first quarter. The  Control Group category that enters the GDP calculation, was scarcely less active, averaging 4.07% for the quarter. Consumer spending accounts for about 70% of US economic activity, with these sales figures it is hardly surprising factory managers are optimistic.

The manufacturing sector, though only about 15% of US GDP is considered an indicator for the welfare of the overall economy.

The waning of the pandemic has not only released a tide of business delayed by last year's lockdowns, but consumers are spending in relief and enjoyment. Congress will pass some version of the Biden administration’s infrastructure bill adding to the flood of spending coming out of the capitol.

That era of good feeling is likely to last well into the second half as even the die-hard centers of restriction like New York City end their business inhibitions by July 1.

Managers have every reason to expect the good times to last until the end of the year.