American employers likely pulled back on hiring in December as the strict lockdown and burgeoning pandemic caseload in California, the nation's largest economy, invoked caution even as the business community is planning for the eventual economic revival.

Nonfarm Payrolls (NFP), the best known statistic of the Labor Department's Employment Situation Report, is forecast to add 71.000 jobs in December, less than half the 245,000 increase in November. If the prediction is accurate job creation will have collapsed 89% in four months from a 661,000 average in September and October.

Unemployment is expected to add 0.1% to 6.8% and the underemployment rate, which includes jobs searchers across 12 months, is predicted to be stable at 12%. Average Hourly Earnings are projected to rise 0.2% on the month and 4.4% on the year. Average Weekly Hours should remain at 34.8%.

Last March claims were the first hint of the economic catastrophe that awaited the lockdown orders. Their inference remains as strong now as then.

The rise in claims in the middle two week of November, even though bracketed by the lowest numbers of the pandemic and the lowest monthly average at 740,000, presaged the month's almost two-thirds drop in payrolls to 245,000. The increase of 97,000 in the December average to 833,000 and its continuation with the first January forecast of 833,000 is a warning that job creation may be shuddering to a halt.

Employment numbers from the private payroll company Automatic Data Processing (ADP) were negative for the first time since April in December, shedding 123,000 positions, a 211,000 miss on the 88,000 forecast and a 427,000 swing from the November result.

Surprisingly, considering the pandemic developments, attitudes among manufacturing executives improved in December. Economists had expected optimism to fade as the economy still seems to be months from full revival. Instead, every index beat its forecast and improved on the November score. 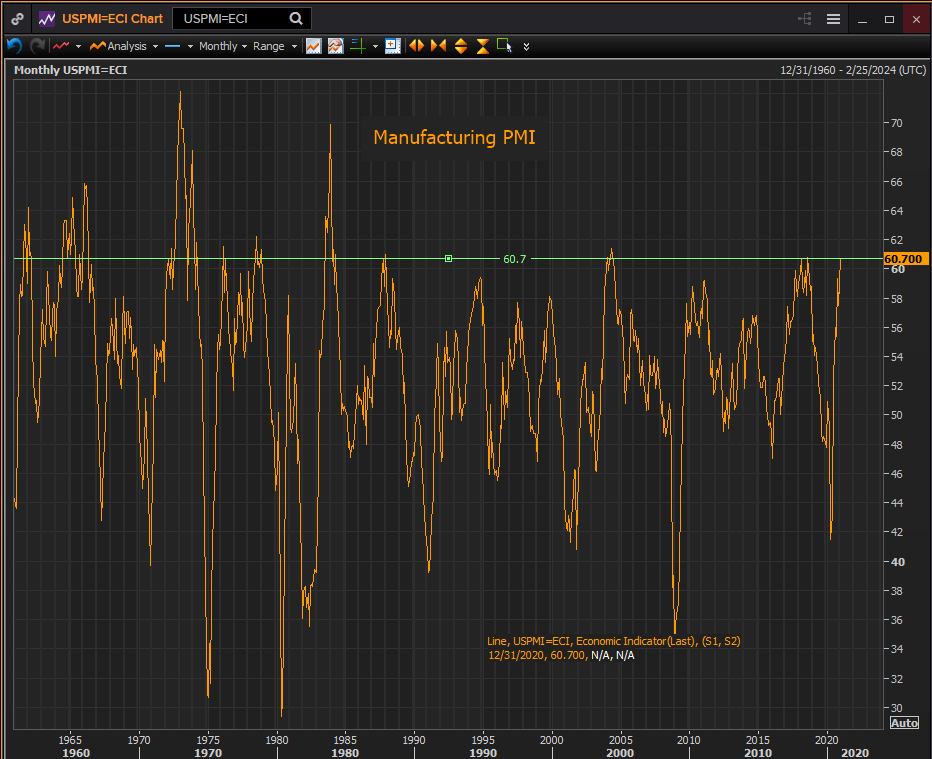 The Employment Index increased modestly to 51.5 in December from 48.4, also better than its 50.5 forecast. But except for October's 53.2 reading, it was the highest level since July 2019.

Finally the New Orders Index, a much-followed gauge of future business, rose to 67.9 from 65.1, matching the October score and the highest level in 16 years. 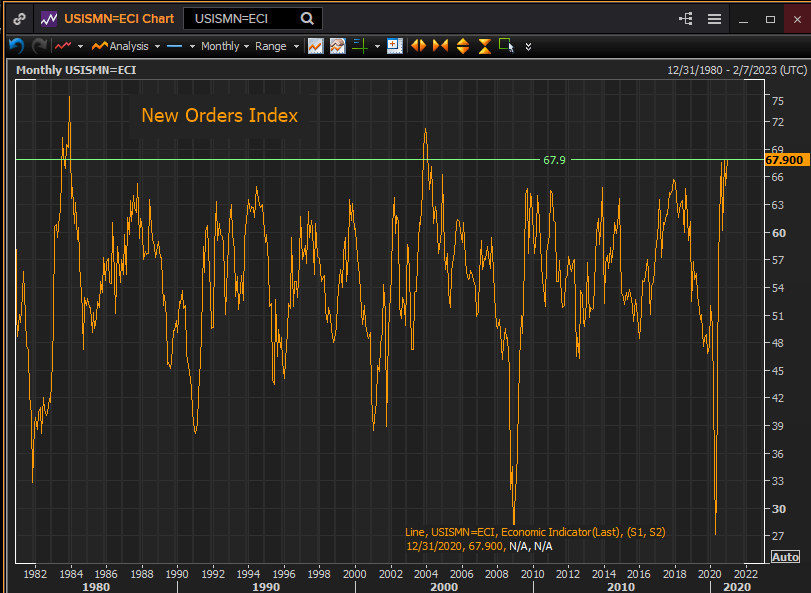 A positive outlook among manufacturing executives stems from the exceptionally strong flow of new business to their firms.

This robust order stream jibes with the economic activity estimate from the Atlanta Fed GDPNow model which posits an 8.9% annualized pace in the fourth quarter.

There is an unusual disconnect between the near and far term views of the US economy. The labor market reflects the reality of lockdowns, restricted businesses and socialization and the purchasing managers limn the economic recovery that is expected to flower once the pandemic is forced to retreat.

For the moment the dollar is insuperable from the US labor market. December's greenback decline was largely due to the worsening claims and payroll numbers. There is unlikely to be any good news for the US currency in Friday's payroll release.