The US Institute for Supply Management will release the August Manufacturing PMI on Thursday, September 1. The index is expected to have declined from 52.8 in July to 52, hinting at slowing economic progress but signaling expansion.

Prices pressure under the spotlight

Among the sub-components of the report, the most interesting forecast is that for Prices Paid as it reflects business sentiment around future inflation. The index is expected to retreat sharply from 60 in the previous month to 55.5. While lower-than-previous figures are usually understood as negative for the dollar, easing price pressures are for sure good news for the US.

The US Federal Reserve has pledged to maintain its aggressive quantitative tightening to bring record inflation back to acceptable levels of around 2%, regardless of the damage its policies can do to businesses or households. Chief Jerome Powell acknowledged the negative effects of higher rates but reiterated they would keep draining massive covid-related liquidity.

After peaking at a record 64.7 in March 2021, the index reflects slowing economic progress, although expansionary territory (more than 50). The deceleration gained pace in the second quarter of 2022, and the index is dangerously approaching the 50 barrier, which separates growth from contraction. 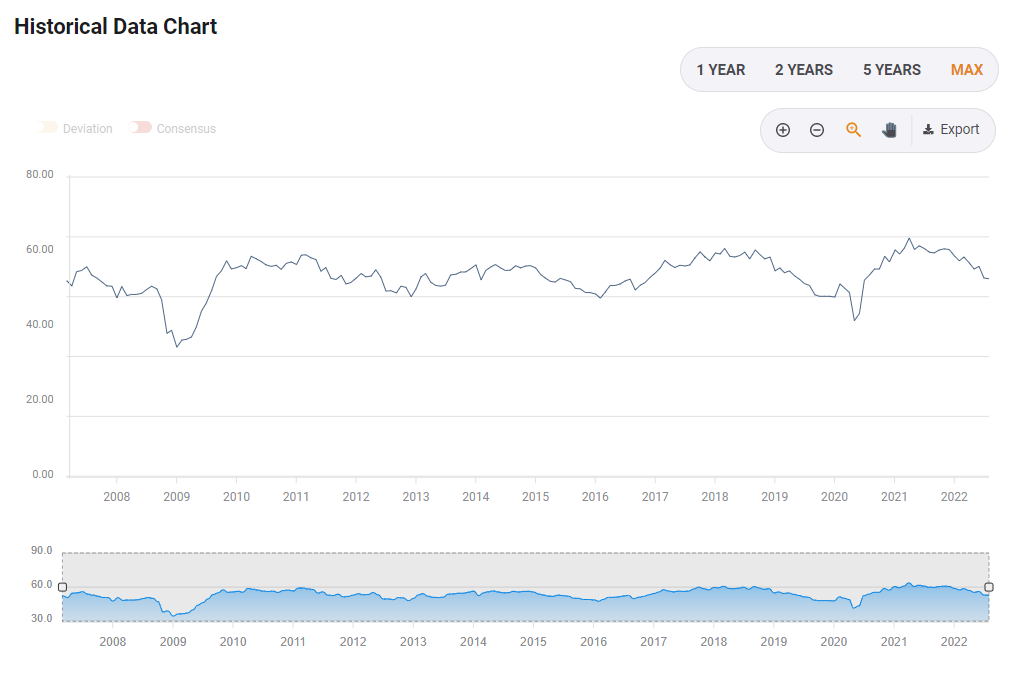 If the index comes out above 50, the impact on financial markets could be limited as painful progress is already priced in. Speculative interest, however, should become concerned if it falls below the threshold, as it would help confirm the arrival of a recession in the world’s largest economy.

The American currency is the strongest across the FX board, although there are tepid signs of bullish exhaustion. Nevertheless and as risk aversion continues to lead, the USD may extend its gains should the figure come out much worse than anticipated, pushing investors into safety.

An upbeat report, on the other hand, may bring some relief to market players and help high-yielding currencies to recover some ground. In such a scenario, and for the time being, the EUR has more chances of rallying, as it seems to be the strongest dollar’s rival.

Sellers seem reluctant to add shorts below parity, although bulls remain on the sidelines. EUR/USD has an immediate resistance at around 1.0050 but would need to advance beyond the next relevant level, at 1.0120, to shrug off the negative stance and be able to extend its advance. A near-term support level is 0.9970, with a break below it exposing the multi-year low at 0.9898.