The U.S. dollar was trading mixed on Friday despite a higher GDP report for the second quarter.

The U.S. department of commerce released the preliminary GDP report for the second quarter. As expected, the GDP in the second quarter advanced at a pace of 4.1%. It was however slightly lower than the 4.2% forecast. The data marked the strongest pace of GDP growth since Q3 of 2014.

Earlier in the day, the flash GDP reports from France showed that the economy advanced at a slower pace of just 0.2% on the quarter. This was below estimates of a 0.3% increase.

Looking ahead, the economic data today will see the release of the German preliminary inflation report. Forecasts point to a 0.4% increase in headline inflation on a month over month basis. 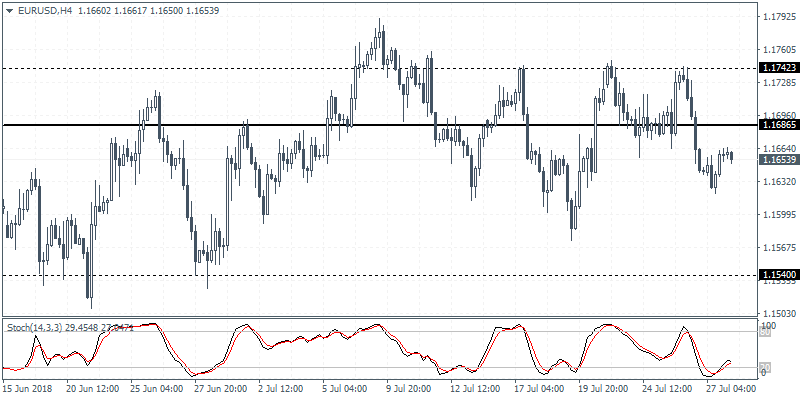 EURUSD (1.1653): The EURUSD was seen posting modest gains on Friday. The EURUSD remains trading within a range and following the close below the support/resistance level of 1.1686, we expect further declines. The lower support at 1.1540 remains a key level of interest in the near term. Any retracements in the short term could stall back near 1.1686 level where resistance could be established. Any gains can be expected only on a close above 1.1686 which would target the next resistance level at 1.1742. 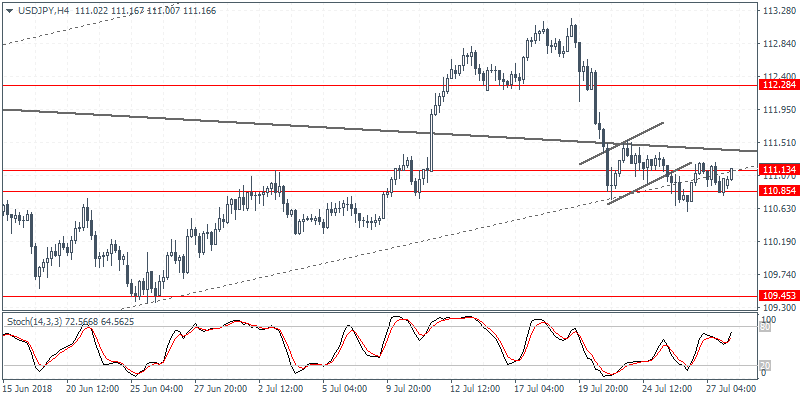 USDJPY (111.16): The USDJPY currency pair has been consolidating strongly near the support level of 111.13 - 110.85. The failure to extend the declines is likely to keep the USDJPY currency pair to trade sideways. There is a risk of an upside breakout if price clears the falling trend line. A close above this trend line could trigger gains that could keep the USDJPY biased to the upside. The previous resistance level at 112.28 remains the key level of interest that could be targeted. 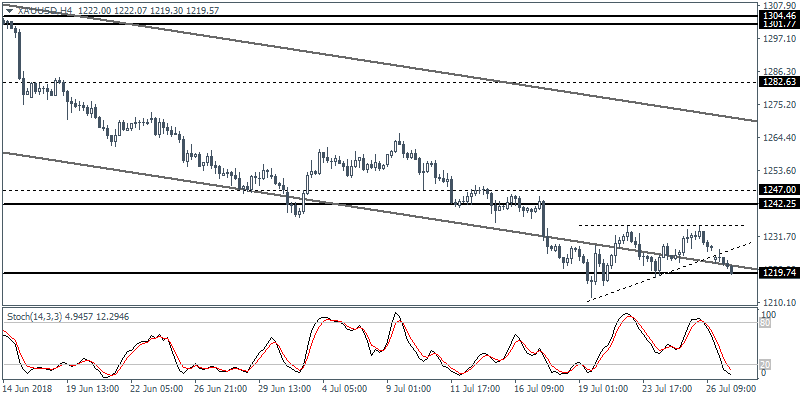 XAUUSD (1219.57): Gold prices are trading back the support level of 1219. The downside breakout from the minor ascending triangle pattern signals a possible move to the downside. If gold prices clear the support at 1219, we could expect the losses to push lower to the previously established lows of 1211 region. To the upside, a rebound is required in order to clear the upside toward 1242 resistance.

EUR/USD holds gains around 1.1750 as US election debate wraps up

EUR/USD holds the recent gains around 1.1750, as the US Presidential election debate fails to save the day for the US dollar bulls. The greenback wallows in multi-day lows amid cautious market mood. The spot printed its biggest single-day gain in over a month on Tuesday.

AUD/USD remains bid below 0.7150 after China PMIs, US election debate

AUD/USD is off the five-day high but remains well bid above 0.7100, up for the third day in a row. Markets paid little attention to upbeat Chinese official Manufacturing PMI data. The US dollar remains in weekly lows after the first US Presidential election debate.