With the onset of the Covid-19 pandemic, the labour force participation rate – the percentage of the population who are working or seeking employment – dropped to an all-time low in April 2020: barely 74% of the 20-64 age group, which is unprecedented for the United States. Although it has picked up in recent months, it still has not returned to pre-crisis levels. Nearly 3 million Americans who were active in the labour force prior to the pandemic have disappeared from the ranks. The workers who have “fallen off the radar” are mainly from low-skilled, low-paid social categories. According to the Bureau of Labor Statistics, people with a high school education or less make up only 30% of the active population, but account for 75% of the post-Covid collapse. Certain categories of workers (extras earning tips, seasonal workers, etc.) who were unable to work during the crisis have had more trouble than others justifying revenues that make them eligible for unemployment benefits. With the closing of schools and day care centres, many single mothers with children have had no choice but to halt or postpone their job searches. Exclusion from the labour market may also have been accentuated by the digital divide and trouble accessing the internet. Yet things should gradually return to normal with the very strong upturn in hiring in sectors such as hotel & restaurant services, leisure and transport. For the Federal Reserve, which has made full employment a priority of its monetary policy, the rebound in the participation rate will be a key factor. 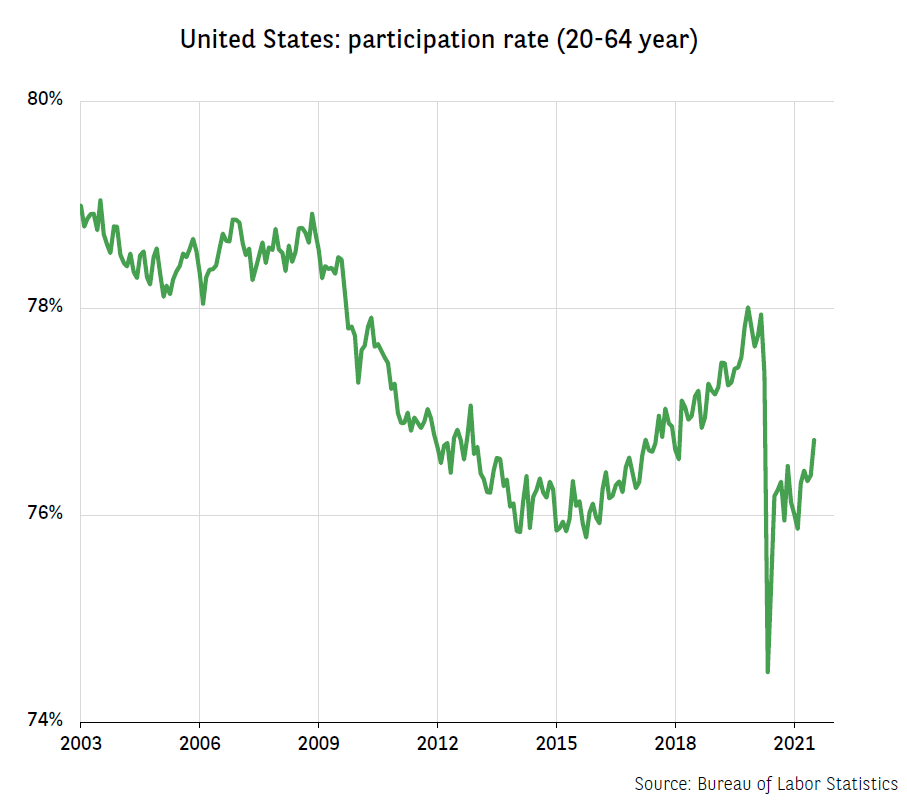