The FOMC July 31st Minutes were released earlier today and the collective market seems to think the minutes are less dovish than expected!

Let’s take a look at gold, both before and after the release: 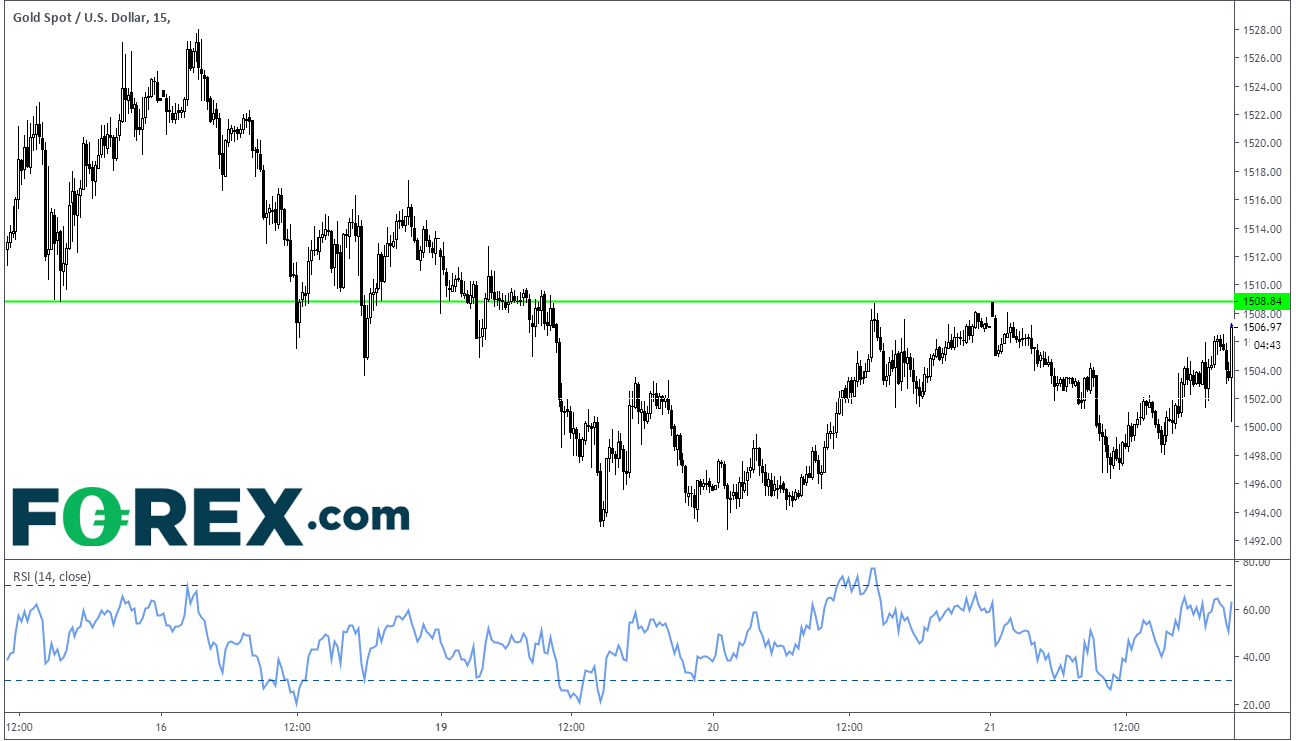 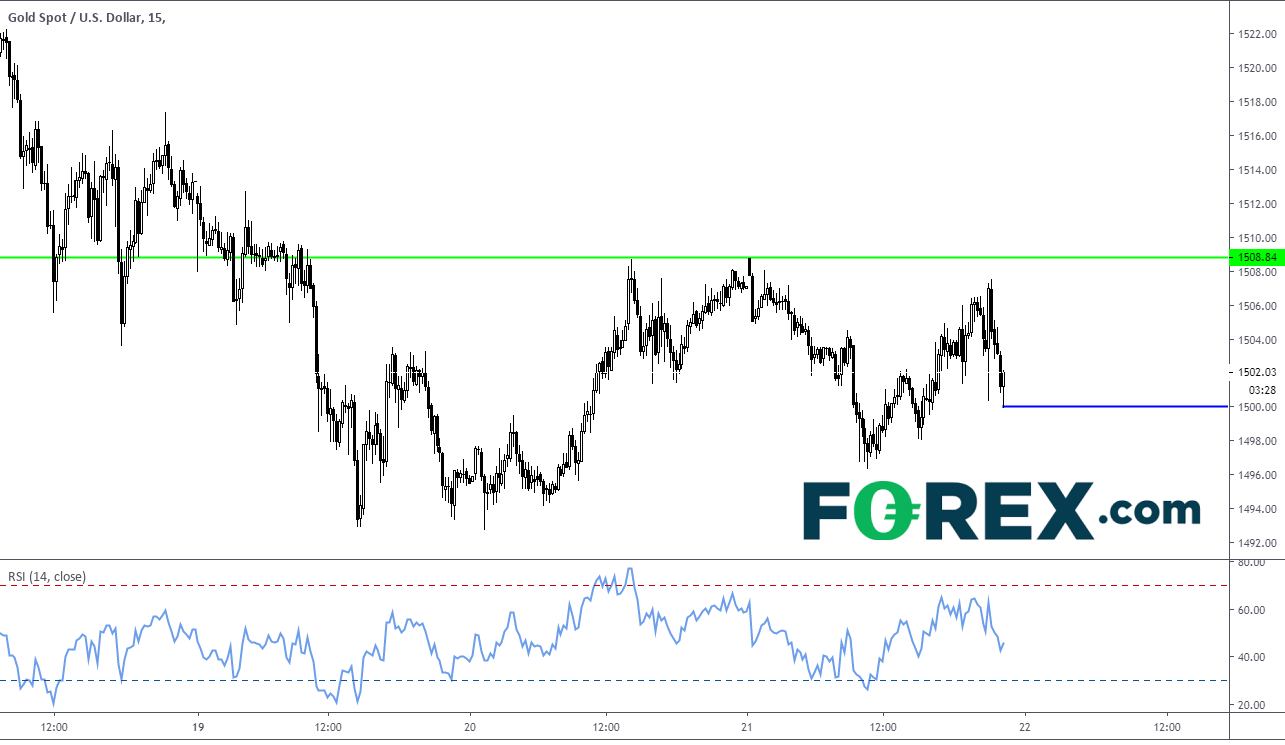 Gold was volatile right before the release, however the immediate decline in gold after the release from 1507.25 to 1500.00 would suggest that the market thought the minutes were less dovish.  There is no need to own gold, as funds can be utilized elsewhere.

Let’s do the same for 30-year yields, again both before and after the minutes release: 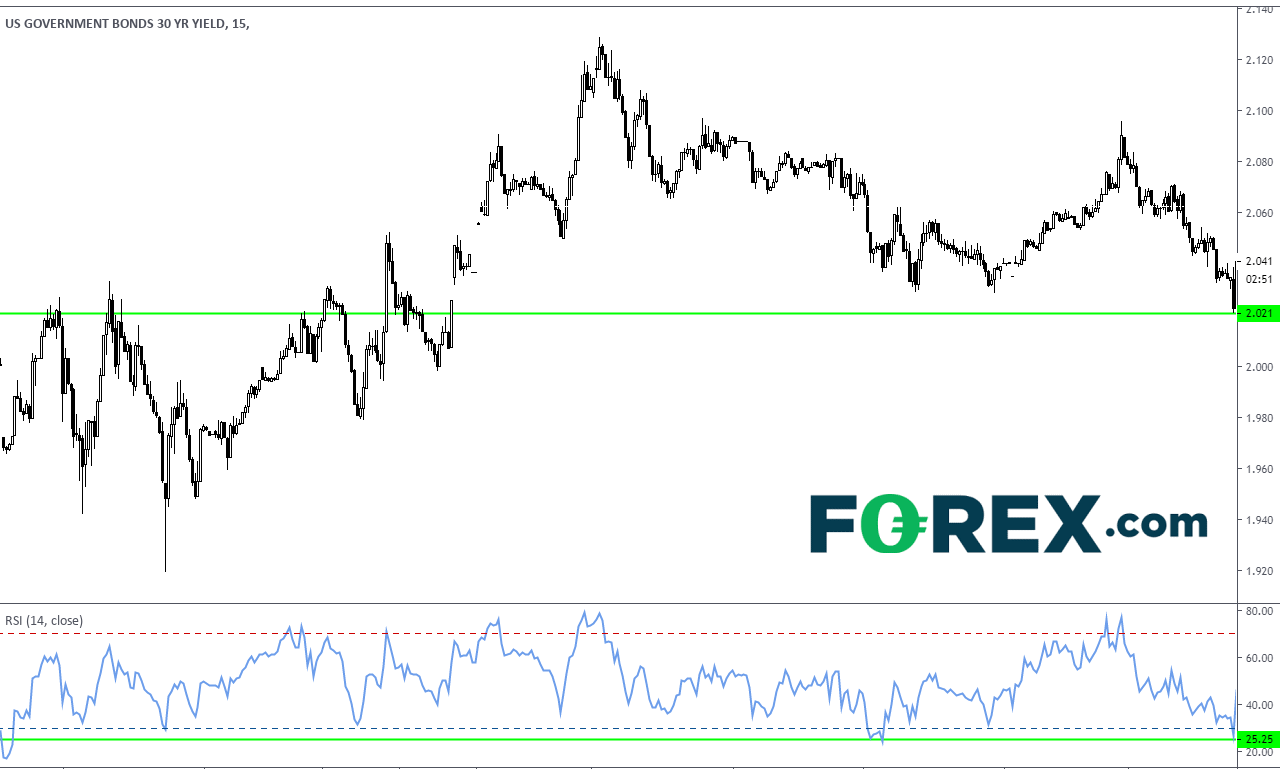 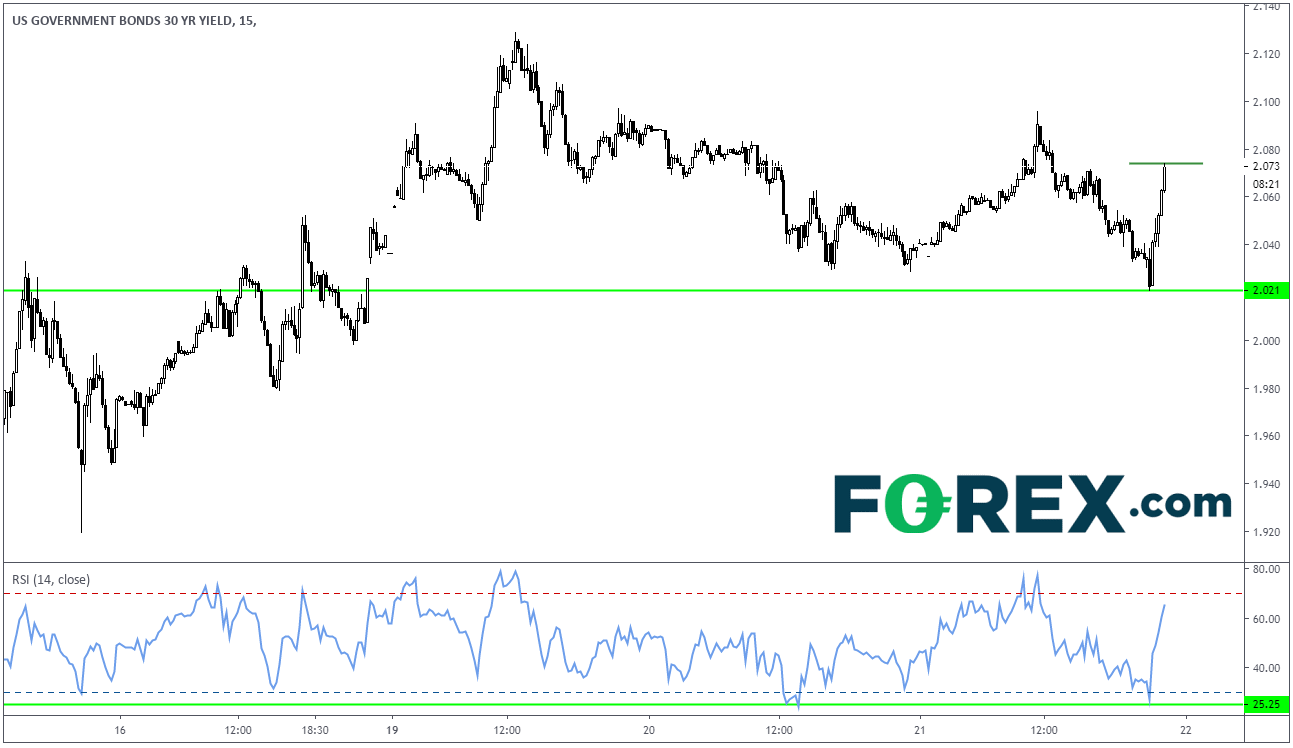 Bond yields were coming off into the release and put in a low near 2.02, as the RSI was in short-term oversold conditions.  The immediate bounce to 2.07 in yields after the release also would suggest that the market thought the minutes were less dovish.  Bonds were sold, and yields moved higher.

But when you get right down to it, does it matter what was in the minutes?  The meeting was three weeks ago!  All eyes will be on Fed Chair Powell on Friday as he speaks at the Jackson Hole Symposium and gives his CURRENT view of the economy!