Stocks and credit markets sent conflicting messages – weakness in the S&P 500 wasn‘t matched by bonds losing ground. Though elevated by recent standards, VIX doesn‘t look to be in the appetite for further sustained gains, which would speak for gradual stabilization in stocks before these decide to move again.

CPI coming in neither too hot, nor too cold, would be in line with my recent expectations of inflation becoming entrenched and elevated. Still, the figures support the transitory notion to a degree – the markets are obviously afraid of high inflation forcing Fed‘s mistake, and any reading that won‘t light the immediate inflation fires, would be considered good for the risk-on assets. More so probably for real ones as opposed to stocks. Finally, more time for the Fed to act implies better possibilities for precious metals bulls.

(…) tech behemoths – worthwhile to watch. Stagflation would be a powerful environment to facilitate stock market declines – who could forget the 1974-5 slump? Real assets stand positioned to reap the rewards as the cost push inflation that I‘ve been discussing since early this year, is very much intact. Throw in some serious supply chain disruptions that won‘t be resolved this year, and all you end up with, is waiting for precious metals to catch up in the commodities appreciation – bringing in very nice profits in oil and copper… 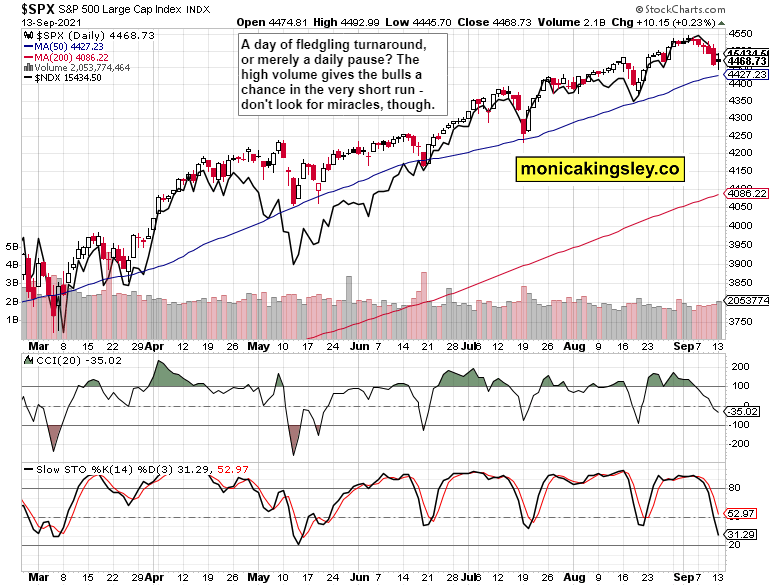 While the bears fumbled, the bulls didn‘t take the opportunity convincingly. The 50-day moving average looks to be holding for now still, especially when credit markets are considered.

Gold and silver are rather stable in the very short run, and can still surprise on the upside – the miners to gold ratio is already turning up in preparation for the Sep FOMC disappointment as the Fed won‘t announce taper then. Meanwhile, inflation isn‘t disappearing, and real rates are going increasingly more negative. 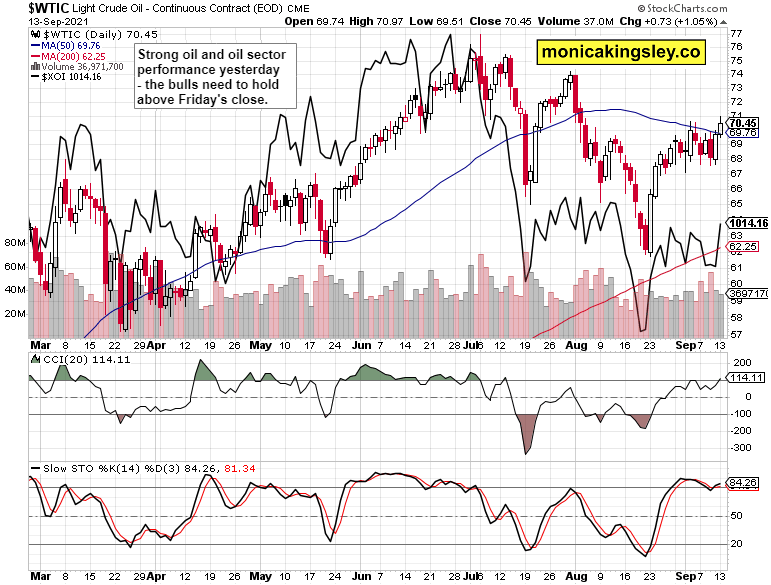 Crude oil rise was associated with energy sector moving up as well, and the upswing outlook is slowly but surely improving. Black gold stands to benefit from the return of risk appetite and the dollar stalling – just as copper would. 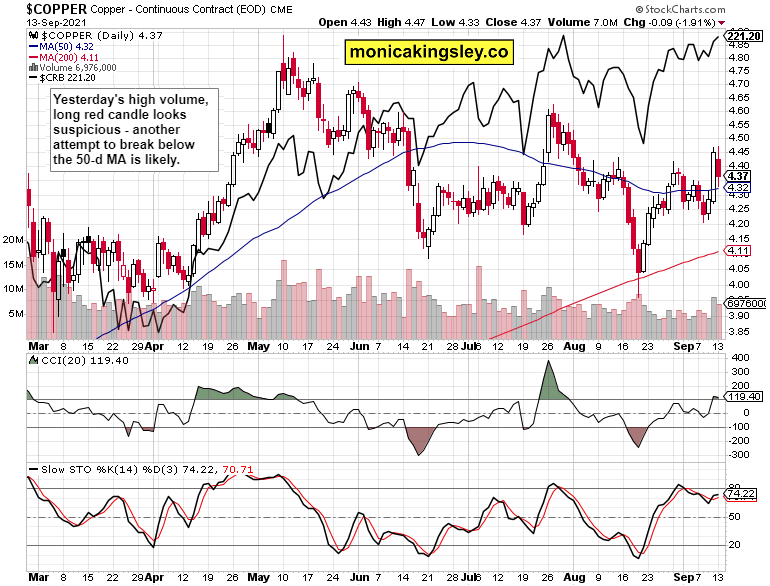 Copper reversal has the power to reach a bit further still, but I‘m not looking for the 50-day moving average to fold like a cheap suit. 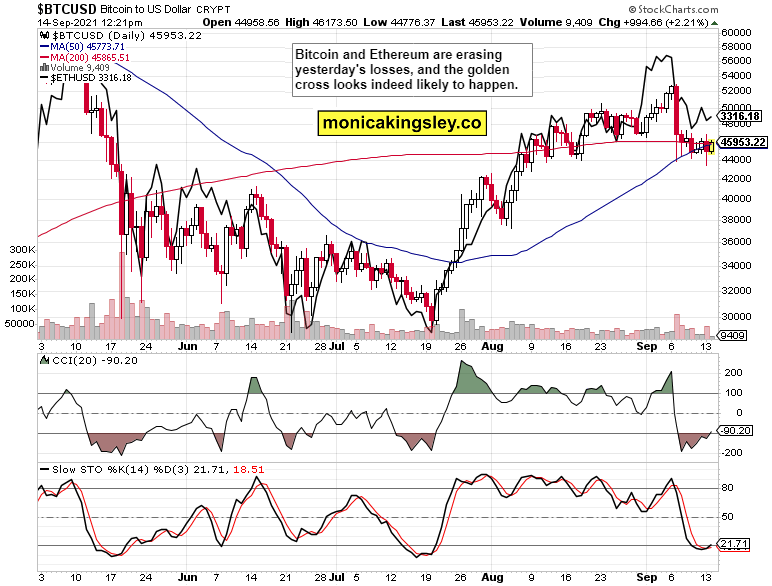 Bitcoin keeps up the odds of golden cross happening, and Ethereum isn‘t at its weakest either. The crypto bulls can gather strength over the coming sessions.

Perceptions of cooling down inflation stand ready to support risk taking, and both real assets (including precious metals of course) and stocks, stand to benefit. The dollar would get under renewed pressure, and not even yields moving up, would help reverse its slow but steady decline.