Summary: Sterling surged back 1% to 1.3930 after falling to an April low (1.37864), leading FX higher against the Dollar. The British Pound reversed a 6-day slide which accelerated against the Greenback after the US Federal Reserve announced that it was preparing to reduce asset purchases last week. In a text from an upcoming testimony before a select committee, Fed Chair Jerome Powell said that inflation had increased but remains transitory. The Dollar Index (USD/DXY) faltered after hitting a 10-week high at 92.37 yesterday, sliding 0.44% lower to 91.85. EUR/USD advanced 0.58%, finishing at 1.1920. According to a Reuters report, ECB President Christine Lagarde said that the outlook for the Euro area economy is brightening, expecting economic activity to accelerate this quarter. The Australian Dollar staged a comeback after hitting a 2021 low yesterday at 0.7477, climbing 0.96% to 0.7542 at the New York close. Commodity prices steadied. Gold gained 1.1% to USD 1.783.00. Against the Yen, the Dollar was up marginally to 110.27 from 110.19 yesterday. The Greenback closed marginally lower against the Asian and Emerging Market currencies. USD/SGD closed at 1.3425 (1.3460) while USD/CNH (Dollar-Offshore Chinese Yuan) was last at 6.4650 (6.4645 yesterday). Wall Street stocks rebounded on the market’s risk-on stance. The DOW finished up 1.7% to 33,885 while the S&P 500 gained 1.41% to 4,225 (4,165). US Treasury yields reversed losses with the benchmark 10-year rate up 5 basis points to 1.49%. The two-year US bond yield closed at 0.26% from 0.25%.
Data released yesterday saw UK Rightmove House Price Index (June) ease to 0.8% from May’s 1.8%. Australia’s May Retail Sales slipped to 0.1% from 1.1%, missing forecasts at 0.4%. The US Chicago Fed Activity Index rose in May to 0.29 from 0.24 April. 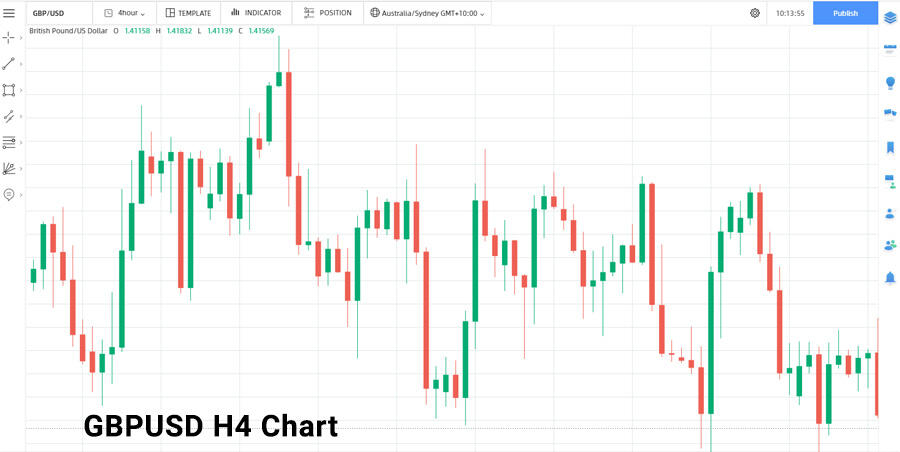 On the Lookout: With more Fed Speak in the next few days (including Jerome Powell’s upcoming testimony before the US House Select Committee – Sydney: 4 am 23 June), we can expect more volatility ahead. The economic calendar is still light today but picks up tomorrow and the rest of the week. New Zealand released its Westpac Consumer Sentiment Index a few minutes ago which saw a rise to 107.1 in Q2 from Q1’s 105.2 – Finlogix). The Kiwi did not react, sitting steady at its NY close of 0.6990. New Zealand will release its May Credit Card Spending data (11 am Sydney time, no forecasts, April’s was at 87.4%). The UK reports on its Public Sector Net Borrowing for May (f/c -GBP 26.1 billion from previous -GBP 31.7 billion – Finlogix). Switzerland follows with the release of its Q1 Current Account (previous was -CHF 3 billion). UK May CBI Industrial Order Expectations follow (f/c 16 from April’s 17). Euro-area Flash Consumer Confidence for June is forecast at -3 from -5.1 in May (Finlogix). The US rounds up the day’s reports with its June Richmond Fed Manufacturing Index (April’s was 18.0), May Existing Home Sales (m/m f/c 5.72 million from previous 5.85 million – Finlogix), US Fed Treasury Purchases TIPS (forecast at USD 2.025 billion – Finlogix).

Trading Perspective: The Dollar’s strong rally in the past 3 days paused and began a correction yesterday amidst improved risk appetite. Stocks and commodities rose. Fed officials once again sought to play down the latest inflation rise as transitory. Overnight US treasury yields reversed their slide lower with the 10-year up to 1.49% (1.44%). Other global bond yields were steady. This should keep the Greenback supported against its rivals. Traders will focus on upcoming Fed speak, including Jerome Powell’s testimony to the US House Select Subcommittee (4 am Sydney time 23 June). While the Greenback has room to climb further, its not going to be in a straight line from here on in.

Have a good trading day ahead all. Happy Tuesday.

Gold remains on track to test 200-DMA, US GDP awaited

In the aftermath of the Fed decision, gold price is extending its recent run higher, looking to recapture the critical 200-Daily Moving Average (DMA) at $1821. The market mood has improved amid a rebound in the Chinese stocks.