GBP/USD fell to 2-week lows on “Super Thursday” after the market was surprised by a divided opinion among Bank of England members. The BoE kept interest rates on hold at 0.75%, but two members among nine voted for lower rates. 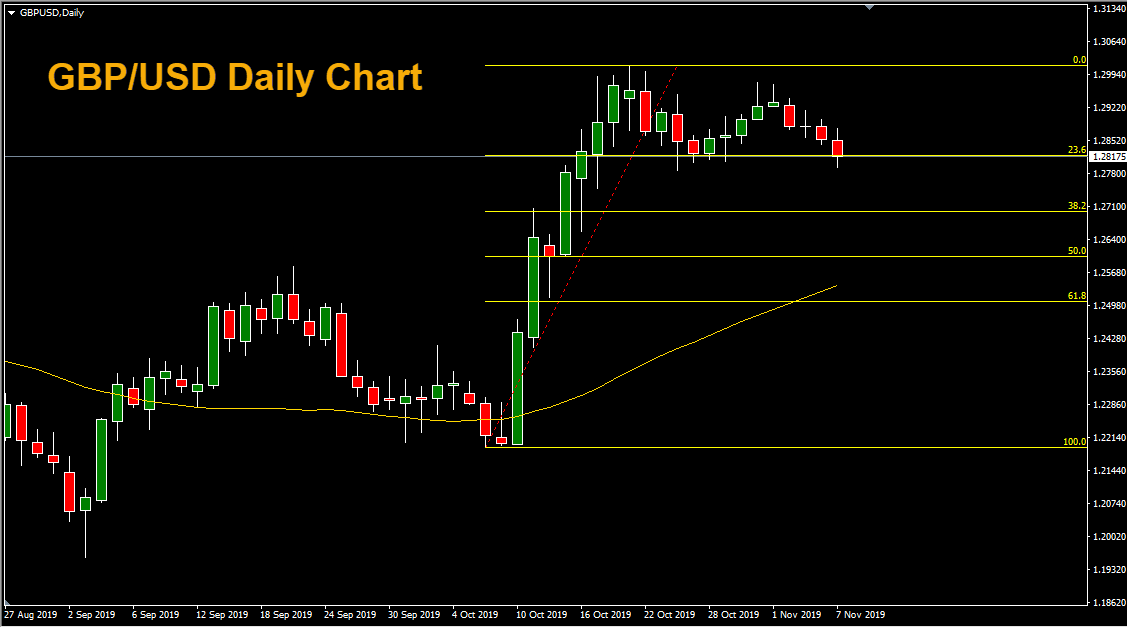 The BoE dampened expectations for economic growth, predicting that the UK will grow by 1% less over the next three years, versus its August forecast. The latest Monetary Policy Report states: “We expect growth this year to be roughly half that in 2018. That is partly because growth in other countries has also slowed. Lower growth elsewhere has reduced the demand for the goods and services that the UK sells abroad.”

The BoE also implied that concerns over global economic growth and prolonged Brexit uncertainty could motivate a rate cut. The minutes state: “If global growth failed to stabilise or if Brexit uncertainties remained entrenched, monetary policy might need to reinforce the expected recovery in UK GDP growth and inflation.”

BoE governor Carney said that the “global picture has darkened” and that the world risks slipping into “a low growth, low inflation rut.” However, the governor was upbeat about Brexit, stating that he expects growth to increase if Britain leaves the EU under Prime Minister Boris Johnson’s deal.

GBP/USD made fresh lows after the BoE press conference ended but managed to hold above the support level of 1.2789 at the time of this writing. Looking at the daily chart, the 38% retracement level of 1.2698 and the 50% retracement of 1.2602 stand out as potential support.