Its almost like the perfect storm for stock markets at the moment.

Financial and commodities markets are trading in a post covid world in so much that they have priced for a faster rate of economic recovery due to the knowledge that a vaccine is well on the way.

In the UK, for instance, we already have the risk-on weekend news to kick-start a positive mood right off the bat for the month ahead.

The Financial Times has reported that deliveries of the vaccine developed by BioNTech and Pfizer, which data has found to be more than 95% effective in preventing the disease, would begin within hours of the authorisation drug regulator. The First injections could take place as soon as 7th December.

However, that is not to suggest that covid is going to go away anytime soon, for any vaccine will take time to take effect. Friday's US Treasury yields fell which indicate lingering concerns over rising cases globally. That being said, the stock markets are always looking for the light at the end of the tunnel.

Moreover, several trials have been reporting very good efficacy which leads us to want to believe that covid is a virus that we can defeat with vaccination for the entire globe.

Other front runners, such as AstraZeneca, says it expects to be able to have the capacity to produce up to 3 billion doses of the vaccine in 2021 on a rolling basis.

As a result, US stocks have continued to price in the good news and rose across the globe on Friday to close at a fresh all-time high.

In fact, stocks have remained on track for their strongest monthly performance on record heading into a month that has yielded an average 1.37% return in the S&P 500 since 1950. (Note that over the same stretch, December has been better than January, (52 up years vs Jan's 42 up years and just a 0.98% average return), which contradicts two popular myths: the December Selloff, and the January Effect).

DXY looking into the abyss

Looking to the FX space for insight, the dollar index, and what has been widely used as a risk-barometer throughout the covid crisis, fell to a three-month low on Friday and closed at its lowest since April 2018.

This also indicates the potential of a prolonged period of risk-on sentiment for the foreseeable future. (A key level of expansion is 92.20 on the daily chart as a point of control while liquidy support is at 91.75. 92.80 is resistance on the upside):

It is as if the fog is clearing for investors, with the level of the stock market reflecting all known information up to this point. The S&P 500 is up 6% in just a few weeks.

However, there are a number of key events that could take place which would rattle Mr. Market and will be highly unwelcomed, especially during the holiday season and thin markets where price swings could be exaggerated.

Those who trade with the glass half empty could well be quick to call this a cycle top, arguing that all the good news, including the US election result, is priced in.

What could go wrong?

Therefore, where is the path of least resistance against a fundamental backdrop whereby the pandemic peaks in, say, mid-December?

Just imagine a scenario of 200k daily cases propelling the death rate towards estimates of a 2,500 peak for early January.

States would be forced to impose restrictions on businesses in desperate attempts to flatten the curve.

When we combine such a hypothetical, yet highly probable scenario to say, a US government shutdown, with the expiration of the Federal 13-week unemployment extension, then we have the perfect storm of negative economic shocks. Shocks that a very vulnerable stock market, arguably built on a house of cards, may not be able to withstand, vaccine or not.

There has been an apparent disconnect with the broader economy and persistent uncertainty over the years, but particularly this year in 2020.

Since then, we have had an incredible rally, with the S&P 500 exceeding its February high as of Sept. 2 and then moving beyond those highs earlier this month before finally closing at an all-time closing high on Friday.

What this means is the smart money that stocked up in a phase of accumulation in the 2020 lows and on the incline may have little left in stock to sell to the retail market. This should be a consideration for any short term investor chasing this market.

There are definitely a number of event dates to be aware of for the month of December and aligning risk factors to watch out for.

We have touched on the prospects of a government shutdown.

The last potential shutdown was avoided back in September where a continuing resolution was agreed to expire on the 11th Dec.

What this means is that on the 12th December, a very distracted incumbent US President Donald Trump has to sign a new resolution that first needs to be passed by the House and the Senate.

This would be in order to avert the fourth shutdown in as many years. Such a shut down would put further strain on an already buckled American labour force.

Last week we saw the first increase in new state unemployment claims in five weeks. In a government shutdown, it will put a further 2.1 million Federal workers at risk.

In such an event, 800,000 workers might instantly see their income drop to zero. This number may not be such an impactful number off the bat, but when you throw in the 12 million already that are unemployed...(Those unemployed are already facing the prospects of their unemployment benefit falling to zero the day after Xmas Day).

You may be asking yourself, ''at a time where small businesses are already on the brink due to the epidemic, one that the Institute for Health Metrics and evaluation expects to get steadily worse for the next three weeks, could the US government make such a terrible mistake?''

But, in all seriousness, this leads us to another very important date.

The electoral college vote for President will take place on the 14th Dec and right now, that seems to be about all Trump is concerned about.

Trump refuses to concede, insisting that it has been all a massive fraud. If he continues to be distracted by his own ego, then there is a higher chance that the government could shut-down.

Then, besides the local data events, namely November’s employment report and ISM manufacturing data in the week ahead, we have the 5th January Georgia Senate runoff. This will happen right at the time where the US is expected to be peaking in terms of covid waves and deaths.

There is a great deal that needs to be achieved in US politics in just a matter of weeks.

Judging by 2020's congressional performances, the likelihood is the eleventh hour will be stretched in what will be several weeks of hyper-political chaos and another major risk for markets.

However, even though how stretched the market might be on the bid, built on a house of cards, this could all very well play into the hands of the smart money once again.

A healthy near term correction will be the pain trade for many before a strong rally in 2021.

Markets will enjoy a vaccinated global population while the US economy will be rescued from a double-dip recession due to an even bigger stimulus package passed within a month of President-elect Biden taking office on January 20th.

As illustrated above, there are a number of support zones that range from a worst-case scenario, 3,234 and the Nov. lows, to the near term 61.8% Fibonacci retracement confluence 3,587, March 2020 highs.

A break of the current daily support at 3,617 opens prospects of such a pullback.

On the upside, its blue skies above the 3,556 all-time highs.

EUR/USD is trading off the highs and further away from 1.18, as a worsening market mood drags supports the safe-haven dollar. Escalating covid concerns and US-China trade tensions weigh. German IFO figures are awaited.

GBP/USD is trading around 1.3750, little changed on the day. Optimism about falling UK covid cases supports sterling while the cautious market mood keeps the dollar bid.

Gold prices record a sudden uptick after opening below the $1,800 mark on Monday morning. The rise in the price attributed to the fall in the US dollar index from the 93.00 mark. The general risk-off mood also boosted the demand for the precious metal. 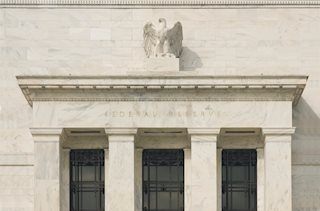