The Reserve Bank of Australia is having a monetary policy this Tuesday, September 1st.  A bit too early in the month, and ahead of Australian Q2 GDP which will be out on Wednesday. The economy is expected to have contracted 6.0% in the three months to June, following a -0.3% reading in Q1.

Still, the central bank is expected to leave the monetary policy unchanged, keeping the cash rate at a record low of 0.25%. Policymakers are expected to keep conducting market operations to provide liquidity to the banking system. Lowe & Co. have pledged not to change rates “until progress is being made towards full employment, and it is confident that inflation will be sustainably within the 2–3% target band.”

The Australian economy was baring pretty well with the pandemic, until a second wave hit the country, leading to a lockdown in  Victoria’s region. On average, the area represents 23% of the total GDP, which means that this latest lockdown will likely imply a steeper setback in growth in Q3.

Meanwhile, the RBA has estimated that the unemployment rate would likely approach 10% by the end of the year. According to the latest available data, the unemployment rate hit 7.5% in July, slightly better than the 7.8% expected, while the participation rate was up, somehow indicating that the sector is in better shape than previously estimated. Seems unlikely, however, that policymakers may change their cautious stance on employment. They could acknowledge that the country entered a technical recession. Overall, it seems that the central bank will offer a dovish statement, which will have a limited surprise factor.

The AUD/USD pair trades firmly above the 0.7300 level, not far from the year high at 0.7380 reached at the beginning of the week. The advance was mostly backed by the broad dollar’s weakness, which persists. In this scenario, a mildly dovish RBA may result in a temporal setback in AUD/USD. However, bulls may take their chances at lower levels, once the dust settles.

The pair may turn bearish on a break below the 0.7300 level, but the RBA needs to be a dovish shock for that to happen. The central bank is not expected to be optimistic, but in the case the statement is perceived as positive, there’s room for an advance towards the 0.7400 level and beyond. 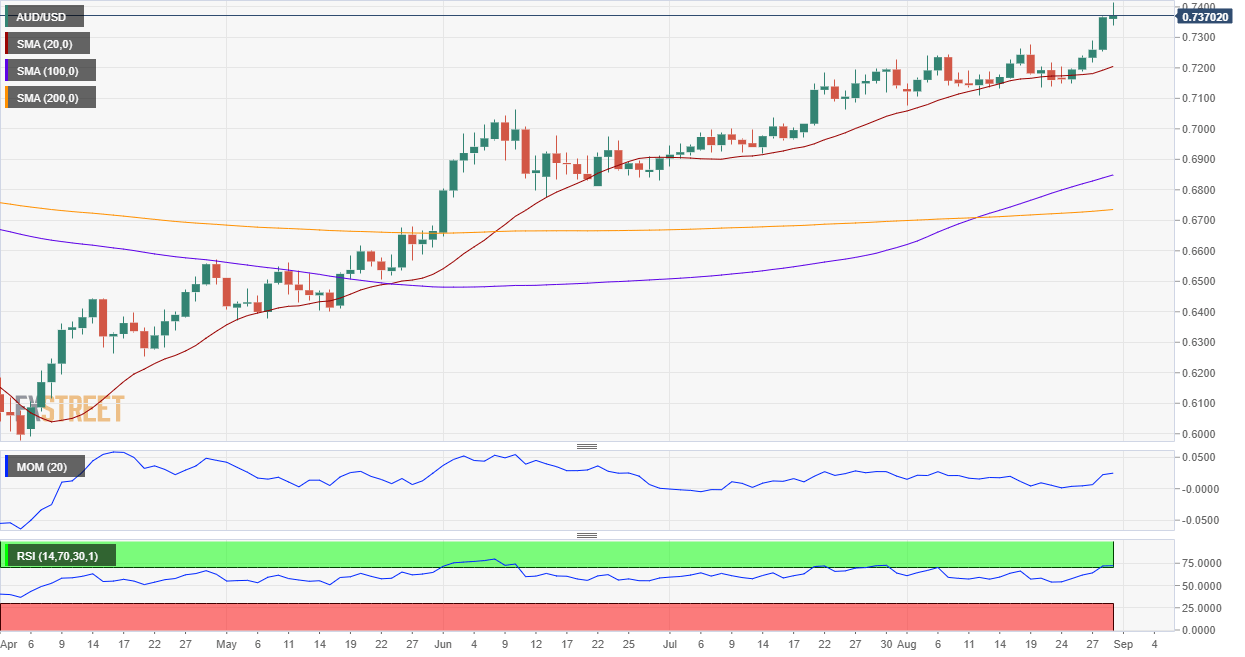