Since November, the EUR/HUF currency pair has been trading within a falling wedge pattern.

From a theoretical point of view, it is likely that the exchange rate could continue to move within the predetermined pattern in the medium term.

In the meantime, note that the currency pair could be pushed down by the 55-period moving average near 361.75, and a breakout south from the given pattern could occur. In this case the pair could decline to the Fibo 38.20% at 347.15. 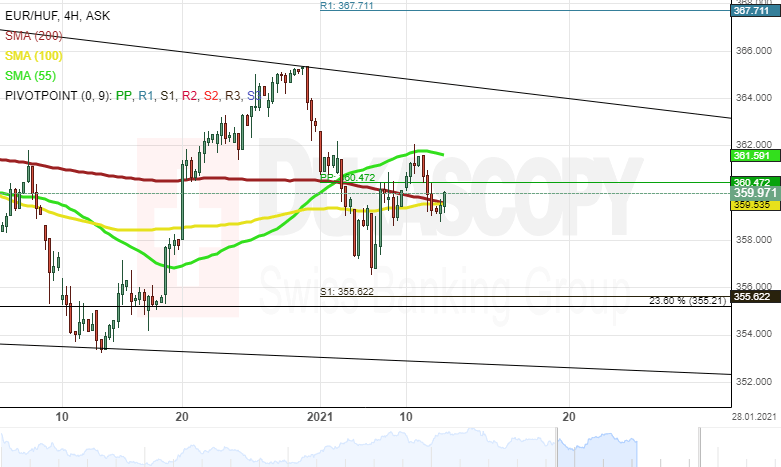 Since November, the EUR/CHF exchange rate has been trading within a rising wedge pattern.

From a theoretical perspective, it is likely that the currency pair could continue to follow the predetermined pattern until the beginning of February. Then, a breakout south could occur.

Meanwhile, note that the exchange rate is pressured by the 55-, 100– and 200-period moving averages. Thus, a breakout south could occur sooner, and the rate could decline to the 1.0740 mark. 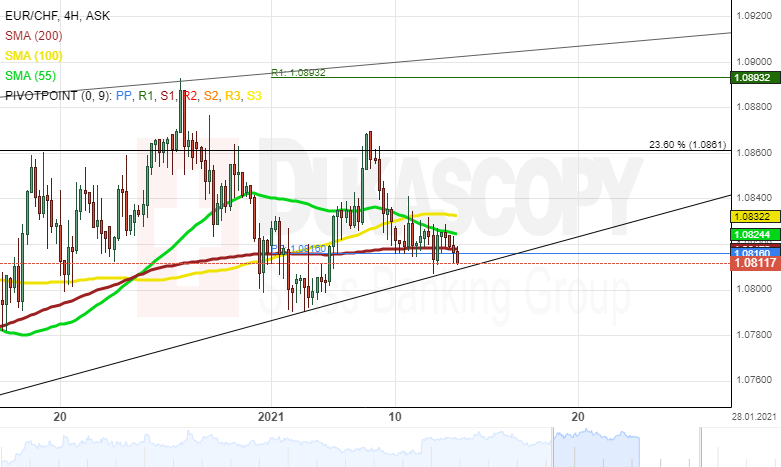 The dollar index, which measures the US Dollar against a basket of major currencies, has surged by 1.59% since the beginning of January. The index tested the 200– period simple moving average at 90.60 on January 11.

The currency pair reversed from a three-week high level at 90.60 during yesterday's trading session. Most likely, the exchange rate could continue to edge lower this week.

However, a support cluster formed by the 50– and 100– period SMAs and the weekly pivot point at 89.78 could provide support for the DOLLAR.IDX/USD pair in the shorter term. 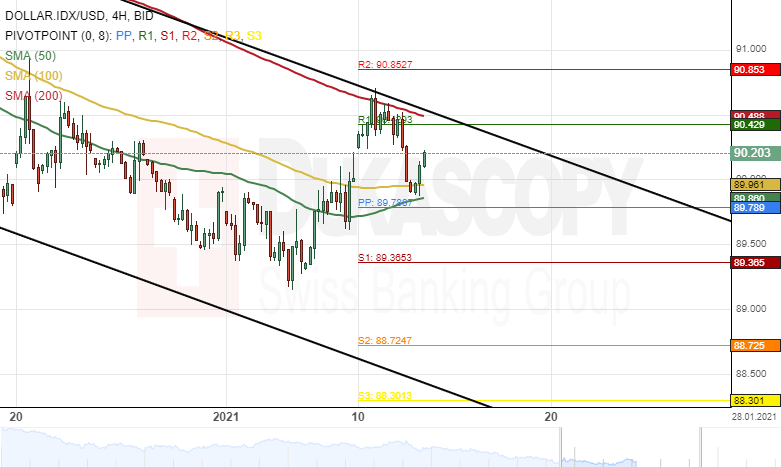 The UK100, which measures the best 100 performing shares from the London Stock Exchange, has surged by 6.96% since the beginning of January. The index bounced off from the lower boundary of an ascending channel pattern at 6450.00.

All things being equal, the GBR.IDX/GBP pair could continue to trend bullish during the following trading sessions. The potential target for bulls would be near the weekly resistance level at 7078.38.

However, a resistance line at the 6950.00 area could provide a barrier for bullish traders within this week's trading sessions. 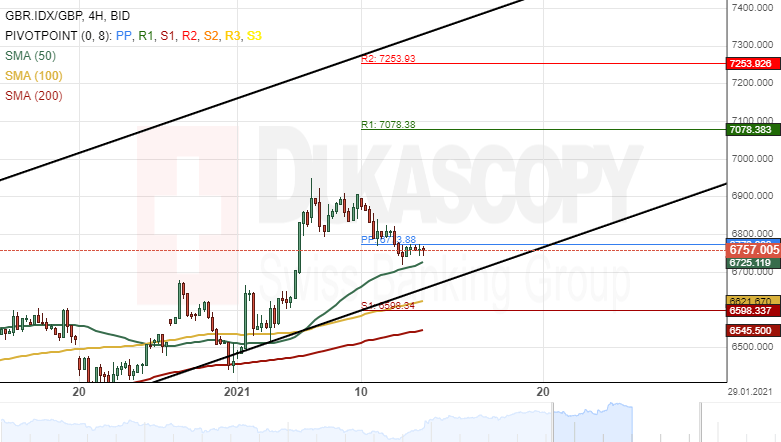