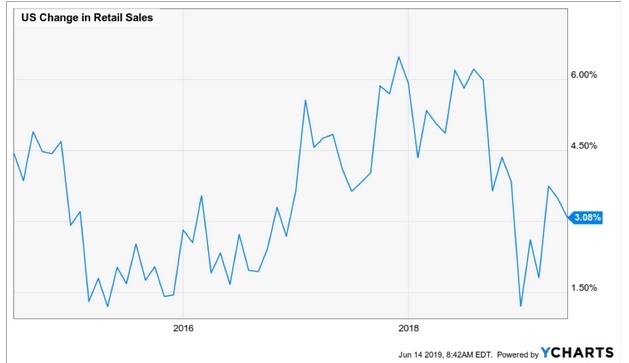 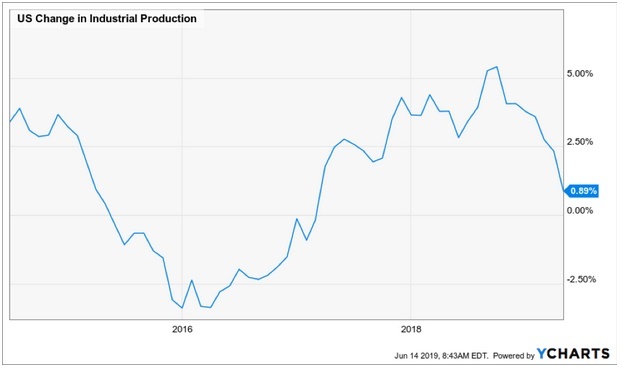 Lumber: Lumber rallied 5.36% yesterday and closed 2.5% above the 200 day moving average.  After being in a negative trend since July 2018, it finally broke to a positive trend on the recent move.  This is bullish for equities as lumber prices have been a leading indicator. 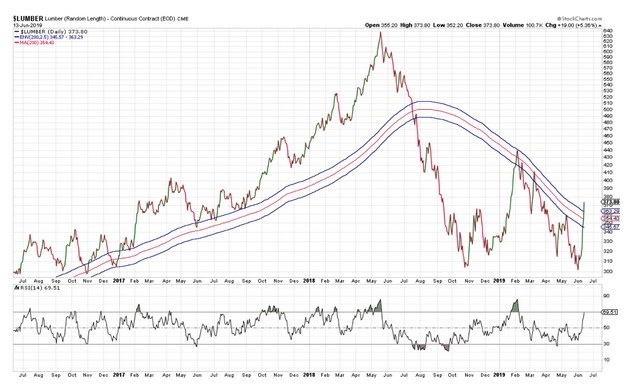 Market Internals:  The index that tracks the percentage of stocks above the 50 day moving average in the NYSE, gave a double top buy signal on the point and figure chart yesterday.  This is indicative of continued strength internally. 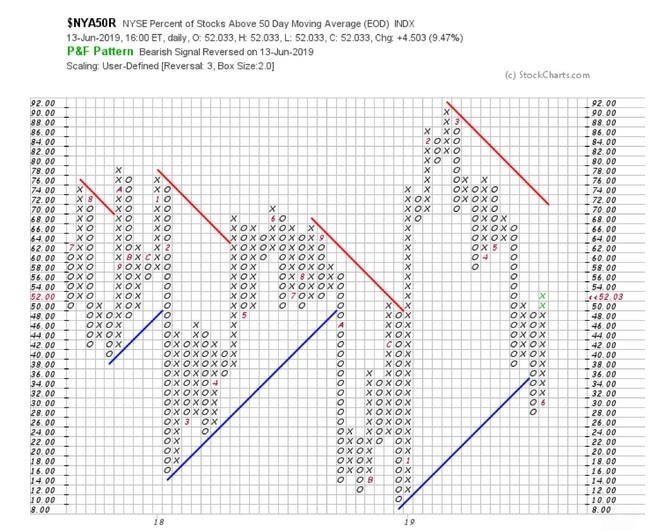 Advance-Decline: The cumulative advance-decline line broke to all-time highs yesterday for the S&P 500. This is typically a leading indicator to price itself. This indicates that prices could break to new highs as well. 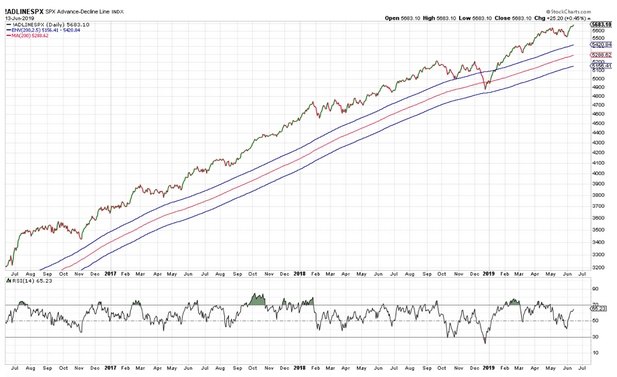 Russell 2000: The Russell 2000 has been a clear laggard this year.  It is well below its 2018 peak and has showed continued weakness relative to large caps.  Yesterday, small cap stocks rallied against large caps and demonstrated strong relative strength.  The Russell 2000 was up over 1% while the S&P 500 was only up 0.41%.  If strength continues, and the Russell 2000 can move into a positive trend, this could push equity markets upward.  This would also clear one of the major divergences urging caution. 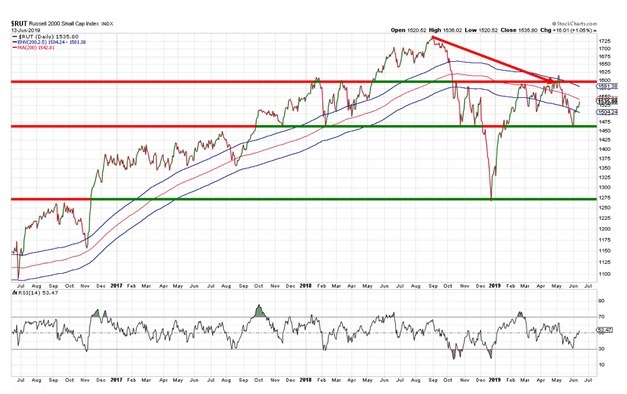 American officials released a video they said shows Iran was involved in the attack on an oil tanker near the Persian Gulf yesterday. The images are of an Iranian boat removing an unexploded mine from one of the ships, U.S. Central Command said. Adding to the intrigue, the president of the tanker operator said his crew saw a projectile hit the ship and believed it was probably not a mine.

Hundreds of companies, including Walmart, Target and Macy's, urged President Trump not to impose extra levies on Chinese goods. More than 500 firms across a range of industries signed a letter expressing concern about an escalation of the trade war. They urged the president to return to the negotiating table.

Trade war concerns prompted Broadcom to cut its annual sales forecast. The spat between China and the U.S., including the Huawei ban, will probably wipe out a rebound in orders it had been predicting for the second half of the year. The company's shares tumbled in early trading.

Activist investor Dan Loeb disclosed a $1.5 billion stake in Sony, saying the shares trade at roughly half of their intrinsic value. His Third Point urged the company to sell its insurance unit, offload holdings like Spotify and spin off semiconductors. While that's a good idea, he failed to address what should come next, Bloomberg Opinion's Tim Culpan writes. Sony's shares climbed in Tokyo.