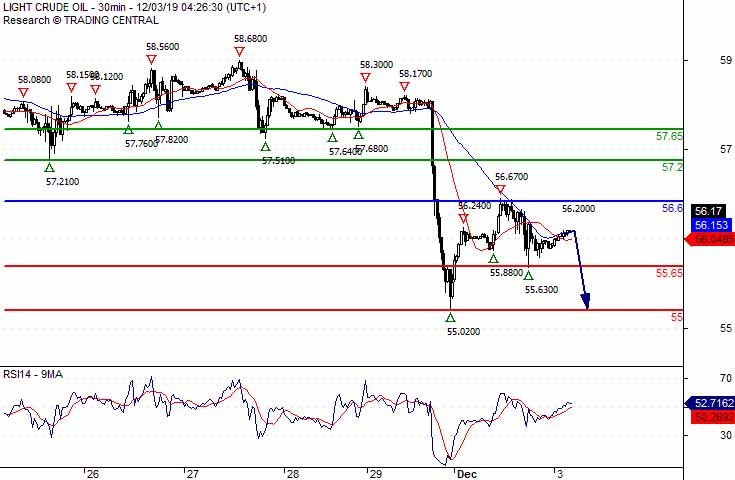 Comment
As Long as 56.60 is resistance, look for choppy price action with a bearish bias.

Oil sliding faster than you can blink

Crude oil futures declined sharply on Friday. The steep slide’s result was a breakdown below the lower border of the rising green trend channel. As the prices closed the day below the formation, it’s clearly a bearish development.

Despite this setback, the bulls opened the week with a green gap, which has triggered modest improvement in the following hours. The bulls are fighting to invalidate the earlier breakdown below the green trend channel, and have reached the lower border of the blue consolidation on intraday basis. Prices have pulled back since though, and are currently trading at around $56.00. Read more... 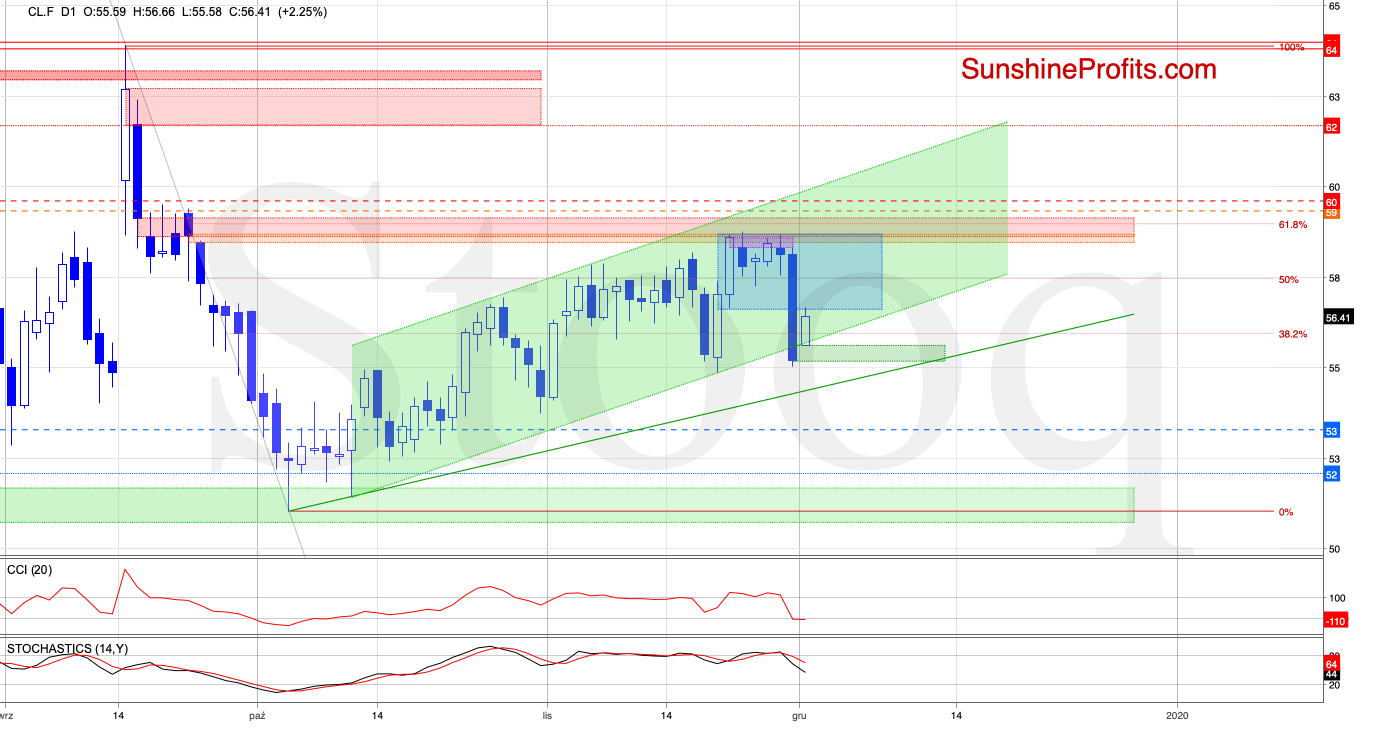 WTI on a steady recovery above $ 56, API data eyed

WTI (oil futures on NYMEX) picks up fresh bids over the last hour, extending its steady recovery mode from just under the 56 handle, despite the mixed sentiment seen in Tuesday’s European session so far.

The black gold is heading back to test Monday’s high of 56.65, as the bulls continue to derive support from increased expectations that the OPEC and its allies (OPEC+) will extend the output cut policy well into the next year when they meet this Friday in Vienna.

Further, the same belief is endorsed by the US banking giant Goldman Sachs, as it says that “we believe the global oil supply-demand balance requires an extension of the current OPEC+ cuts.” The hopes of further supply cuts help keep the downside cushioned in the barrel of WTI. Read more...