NZDUSD inched to a four-month high of 0.7178 on Thursday following the advance above the eighth-month-old descending channel and the 200-day simple moving average (SMA) on Wednesday.

Although the bullish breakout still requires confirmation and a downside correction cannot be excluded, as the RSI and the Stochastics move in overbought waters, the growing momentum in the MACD suggests buying forces could dominate in the short term.

Should the bulls successfully clear September’s peak of 0.7169, the rally could initially stabilize around the 0.7245 barriers before stretching towards the 0.7315 high from May 26. If the latter gives way, the spotlight will immediately fall on the 2021 top of 0.7463, where any violation would invite long-term bulls into play, likely pushing the pair to search resistance near the 2017 peak of 0.7557.

A downside reversal would not be a big burden unless the price dips back below the channel and the 200-day SMA at 0.7095. In this case, selling forces could strengthen towards the 50-day SMA at 0.7000, while lower, some consolidation could take place around the 0.6909 support area before September’s low of 0.6857 comes under examination.

To summarize, NZDUSD is looking cautiously bullish in the short-term picture. A decisive close above 0.7169 may reduce downside risks, bringing the 0.7245 handles next into view. 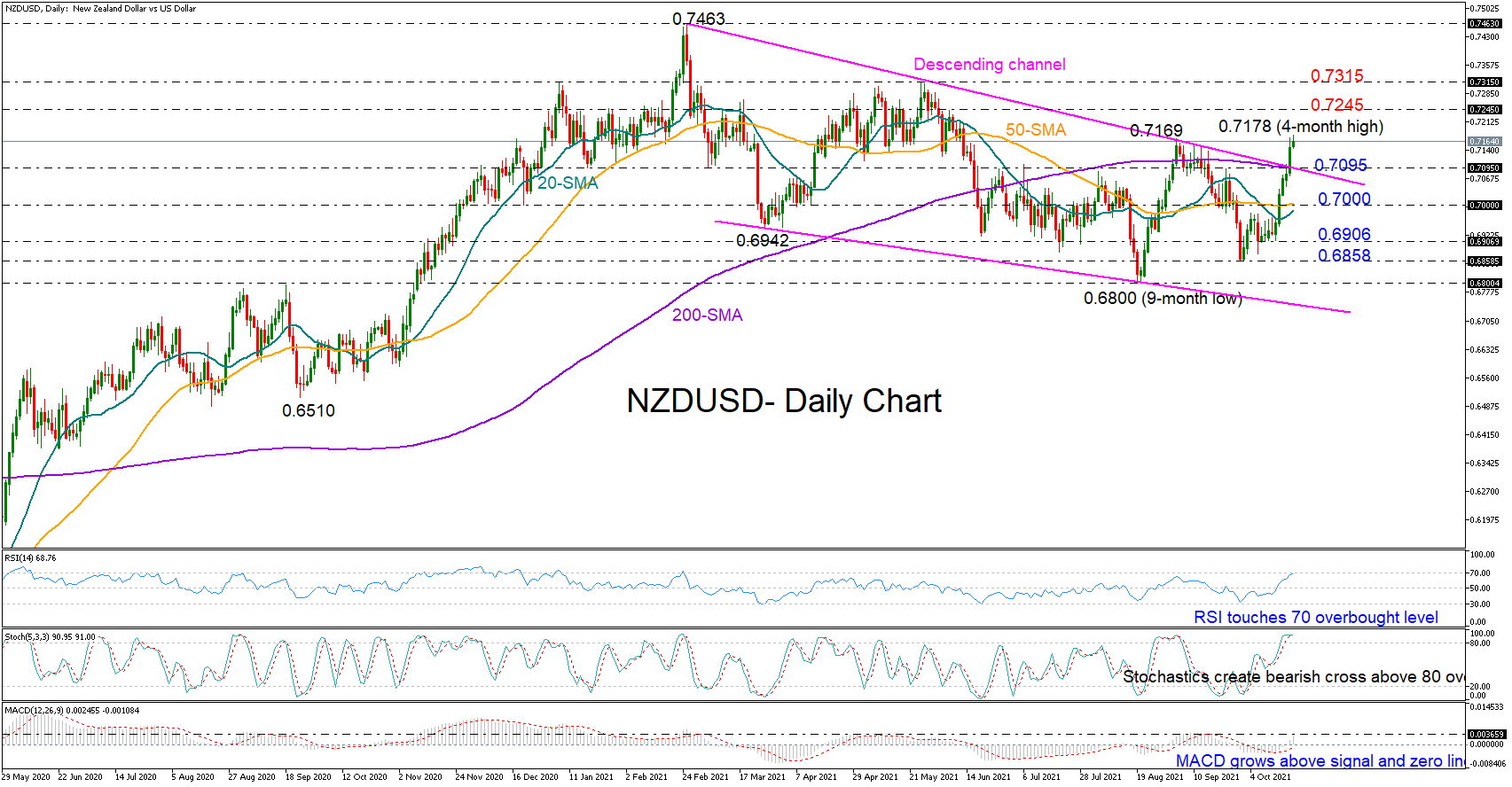 MATIC price appears to be ready for a major upswing toward $3.84 as Polygon presented a bullish chart pattern on the daily chart. The governing technical pattern suggests that the layer-2 token is preparing for a 62% climb.