The USD was in the spotlight on Friday as it powered ahead against all FX counterparts.

Global markets are certainly running off each swing in the sentiment from the Trade Deal progress between the US & China. The latest headline and commentary from US President Trump suggested that things “progressing very well”, but he also commented that they aren’t moving fast enough.

So, where does this sentiment leave the risk currencies such as the NZD/USD?

The markets are pricing for a rate cut this week, but further emphasis is now placed upon forward guidance for the update on what the RBNZ is likely to attempt to do with their OCR (overnight Cash Rate) in 2020.

NZD/USD: Is a rate cut already priced in?

Dispute consumer confidence being dented and retail spending sliding lower, is this enough to warrant another Rate cut to follow up on their 0.5% slash in August?

That is not the question, the question remains, is this rate cut already priced in and therefore could we see a move higher for the Kiwi dollar?

I am a Buyer for NZD/USD, seeing the likely rate cut see a rally into the Kiwi as this is already priced in. Sellers beware. 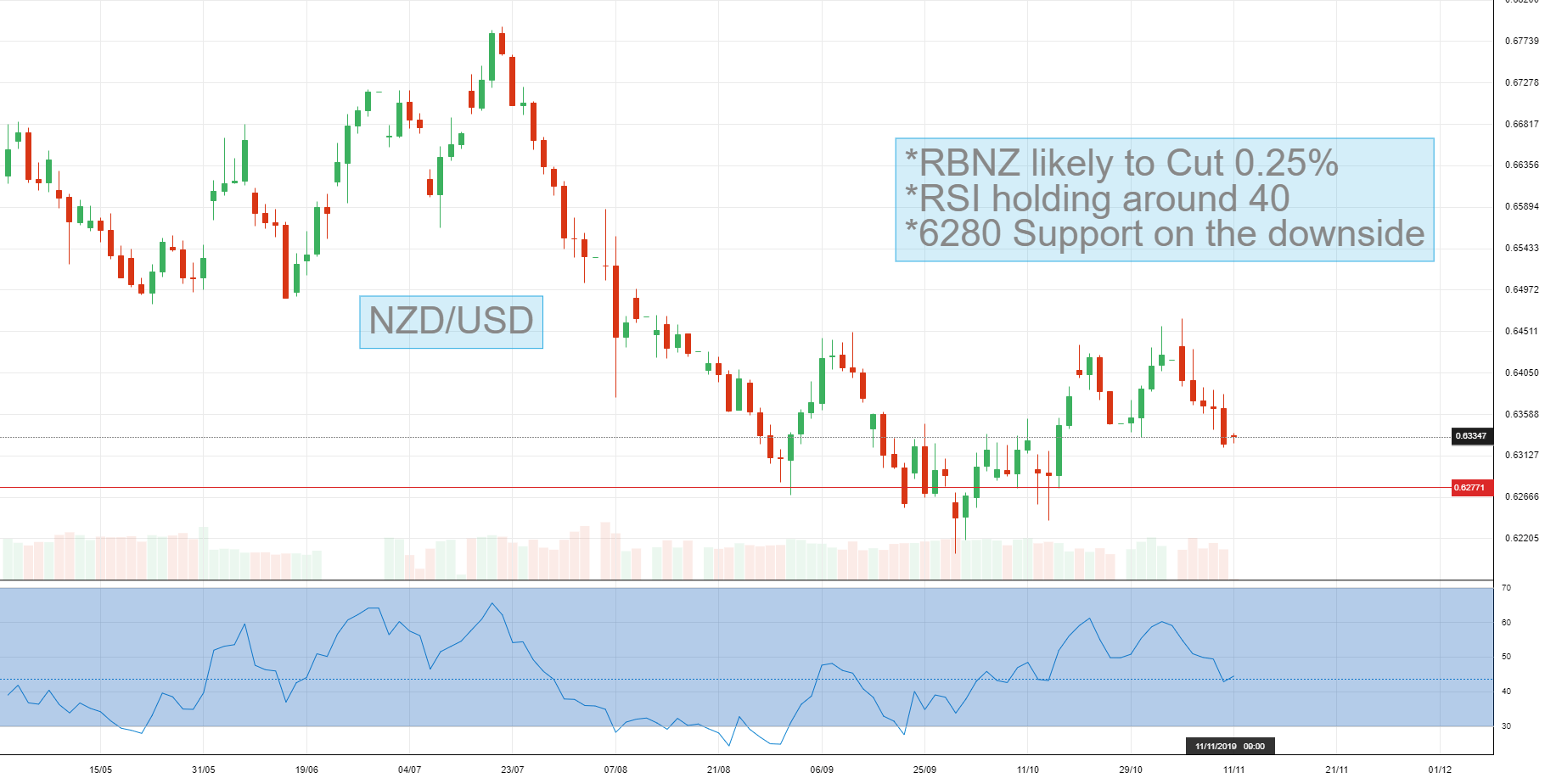