Less than half of the early expectations – that is what ADP's private-sector jobs report has pointed to in July. With only 330,000 new positions against 695,000 projected, investors have taken notice and decreased their projections for the official Nonfarm Payrolls due out on Friday. However, ADP may be wrong.

Since the outbreak of the COVID-19 crisis, the correlation between statistics published by America's largest payrolls company and official figures have been loose. In June, ADP came out with 692K and the NFP came out at 850K – a significant undershoot. In May, the firm reported a blockbuster 978K level while government statistics came out with only 559K, un undershoot.

Is ADP pointing to low once again like in June? That will be known only on Friday, but other indicators are more upbeat. The ISM Manufacturing Purchasing Managers' Index's Employment Component rose from 49.9 to 52.9 points in July, reflecting a shift from contraction to expansion. Any figure above 50 is positive.

The ISM Services PMI – which represents a much larger sector – showed an even larger increase, with the Employment component leaping from 49.3 to 53.8 points. These well-established and forward-looking business surveys better reflect trends in hiring. 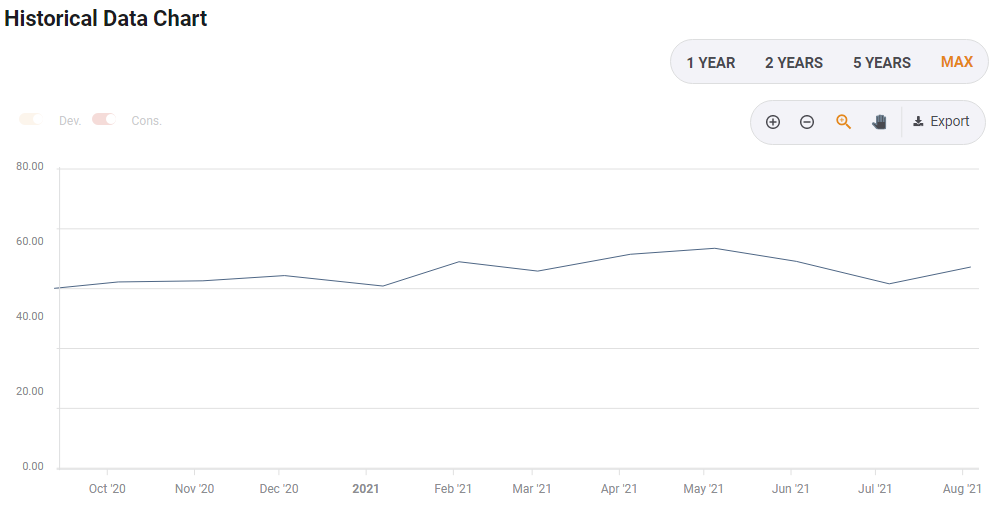 The economic calendar is pointing to an increase of 880,000 positions in Friday's official Nonfarm Payrolls report for July. As described above, real estimates are probably lower after the ADP report. That means that even a small miss – perhaps as low as 750,000 – would be considered a beat of estimates.

While these differences look significant, it is essential to remember that the rapid recovery from the worst of the pandemic has been jittery and full of considerable surprises in economic indicators.

Here are the figures from the past six months, reflecting significant deviations:

The hottest topic for financial markets is the timing of the Federal Reserve's tapering of its bond-buying scheme. The sooner the bank reduces purchases, the sooner a rate hike comes. After a relatively soothing message from Fed Chair Jerome Powell in the latest rate decision, Vice-Chair Richard Clarida caused some jitters in markets.

He said inflation risks are to the upside, foresaw strong job gains, and set an Unemployment Rate of 3.8% as a trigger to act – regardless of the participation rate. It seems that the Fed is nearing the stage when employment is strong enough to move.

Even if the NFP headline falls short of a robust figure, markets are already more nervous and risk-averse – a mood that favors the US dollar. Under these circumstances, a devastating statistic would also underpin the greenback. An ADP-style increase of less than 400,000 jobs would mean the US economy is slowing sharply and could drag the world down, triggering flows into the safe-haven dollar.

Overall, the greenback has room to fall only if the increase in jobs is considerably below estimates, but not catastrophic.

July's Nonfarm Payrolls now carries lower expectations than originally seen after the ADP report, lowering the bar for a beat. Given the jittery market mood, it would not take much to see the dollar gain under almost any scenario.