The Census Bureau reports Retail Sales Were Unchanged in July.

The details sound much stronger than they are. Taking into inflation. retail sales have been declining since March of 2021. 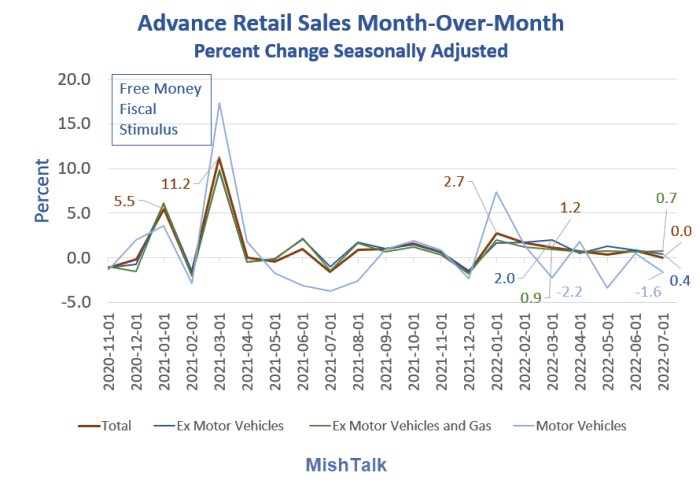 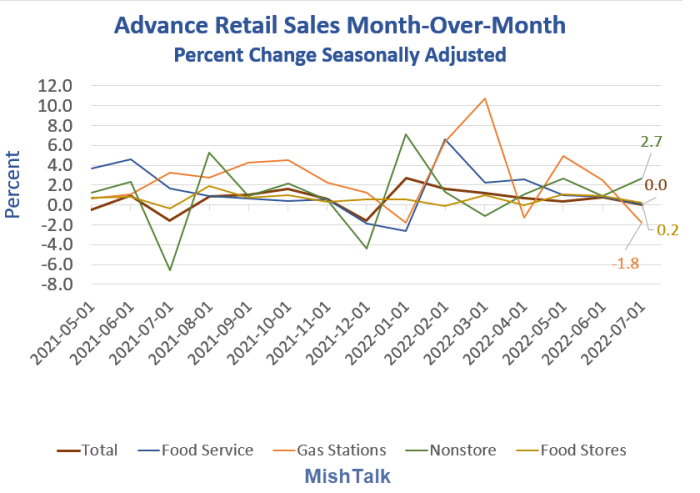 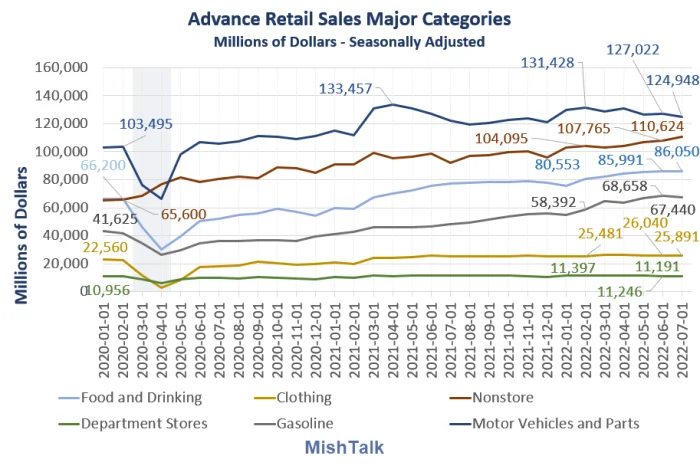 Motor vehicles and parts sales have been weakening all year. Dealers blame lack of part, especially microchips, but chip sales are now floundering.

One problem for the auto sector is dependence on older chips in shorter supply partially due to lower profit margins.

But one has to wonder about high gas prices and recession fears. Even if dealers can get chips, is it now too late. I expected a cyclical decline in durable goods and appliances will be next. 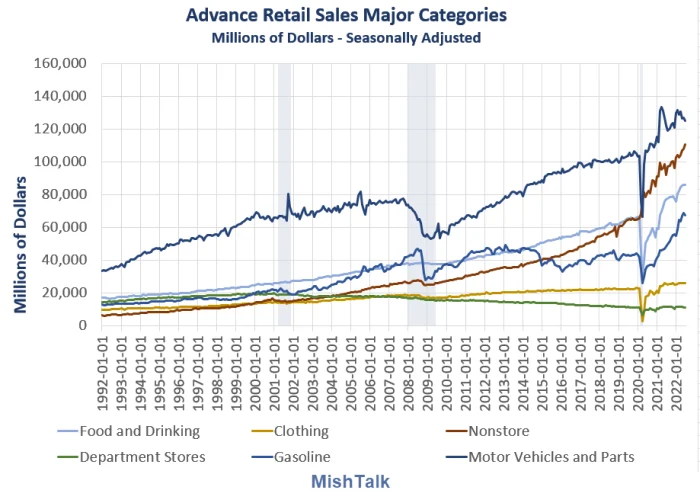 Consumer spending went haywire due to three rounds of fiscal stimulus. But adjusted for inflation real spending has gone nowhere for a year. 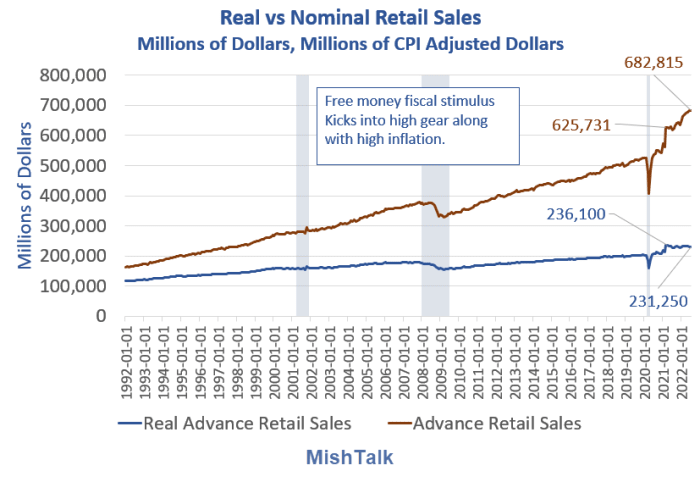 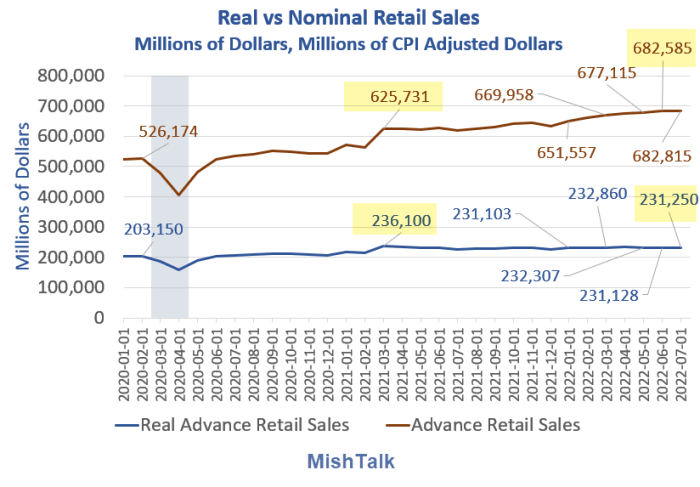 With that 9.1 percent rise in sales, one might think GDP would be skyrocketing, but it's real sales that add to GDP not nominal sales.

Inflation has eaten up all of the sales and then some.

The economy is much weaker than most believe. Housing and durable goods sales will lead the decline looking ahead.

Tomorrow we existing home sales. That report rates to be very weak as well.

With housing falling off a cliff, so will demand for durable goods such as appliances, cabinets, lawn mowers, and landscaping. And the Fed is still hiking. Good luck with that.

For further discussion, please see Cyclical Components of GDP, the Most Important Chart in Macro

Are we in recession now? I believe so, starting in May, and the data still points that way.

Regardless, it should be pretty clear where we are headed even if a recession has not yet started.