A drop in the bilateral trade deficit between the US and China in Q4 sharply understates the underlying improvement, thanks to a powerful seasonal pattern in goods trade between the two countries that bloated the Q4 deficit. A plunge is anticipated in the gap to a February trough that should mark the narrowest deficit since 2013.

"Though the overall US trade gap will widen in 2020 if the economy grows, phase-one agreement will be followed by news over the coming three months of a collapsing US-China trade deficit."

The US-China trade deficit for goods narrowed sharply last winter to just $20.7 bln in March of 2019 from a peak of $43.1 bln in October of 2018, with a gyration that was exacerbated by tariff front running.

The seasonal widening into Q4 of 2019 failed to occur, while a seasonal narrowing is expected into the Lunar New Year that should prompt a February goods deficit in the $20 bln area — less than half of the peak just 16 months earlier.

The seasonal pattern is mostly driven by the US import data from China. The unusually large gyration in 2018 was due to tariff front running, which pulled imports ahead into Q4 from Q1. Goods imports appeared to resume their seasonal climb until they reached a $41.5 bln level in July of 2019, leaving an -11.9% shortfall from July of 2018. From there, the seasonal climb oddly ended, and imports fell to just $36.5 bln in November to leave a y/y drop of an enormous -21.6%.

If the seasonal drop now unfolds, imports from China should fall to the $28 bln area by February. The drop will be exacerbated this year by a relatively early Lunar New Year date of January 25.

The seasonal pattern for imports has been quite stable over the years, until the big deviation in the pattern in 2019, which suggests that the atypical seasonal behavior this year is due to the “trade war.”

The seasonal pattern is less stable, and less pronounced, for US goods exports to China, and the pattern of US exports has been fairly erratic over the last year. The dominant pattern over the past two years has been a drop in US exports to China between the start of the “trade war” in early 2018 to a trough in January of 2019, before largely stabilizing since then. The fact that Chinese policymakers cut all unnecessary trade with the US over this period, leaves little room for further cuts through 2019 and into 2020.

Beyond the “trade war,” there have been two other major patterns in the US trade data that will likely have the effect of narrowing the US-China bilateral trade deficit over the coming year. One is the depressing effect on US exports from the 737 MAX grounding since March of 2019, leaving a likely dramatic rebound over the year following the lifting of the FAA ban presumably later this year. The other major pattern is the steep climb in US exports of petroleum products, as the Permian Basin is rapidly transforming into a major export center thanks to ongoing innovations in pressurized and lateral drilling. 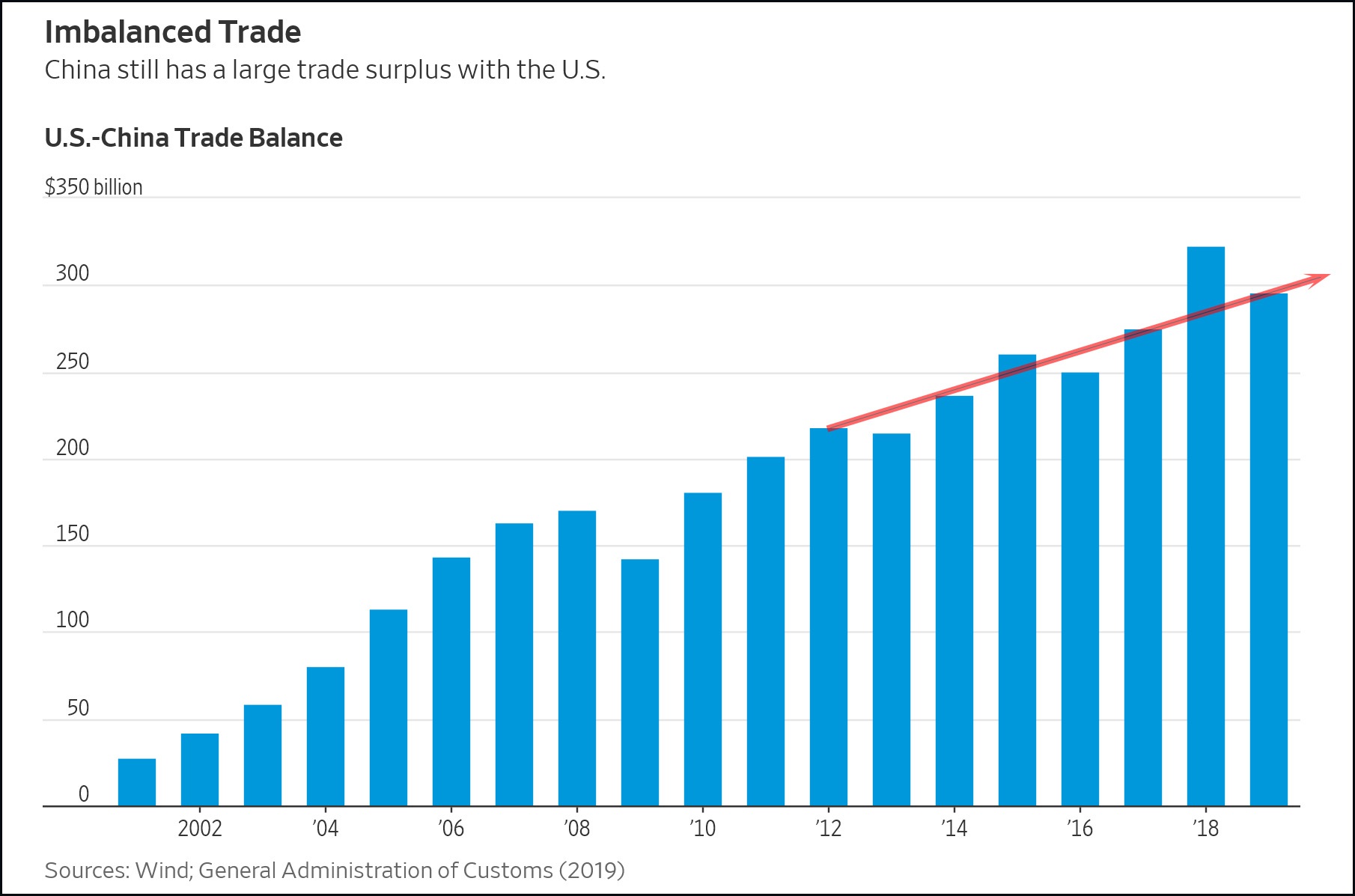 The seasonal patterns are expected to allow a deficit to return for the last time between December and April, before the US becomes a “permanent” net petroleum exporter. China is dependent on petroleum imports, and hence it is anticipated that US exporters capture more of this market over the coming years, especially given that the phase-one deal involves a shift in Chinese purchases toward US commodities.

"The combination of a narrowing US-China trade deficit, strength in US exports of petroleum-related products, and an assumed Boeing-led surge in capital goods exports at some point this year, may all suggest a narrowing US trade gap."

Hence to be sure, as the trade gap declined to the lowest during Donald Trump presidency, will add to GDP if not in the long term definitely in the near term, possibly during February-March with help from the Chinese New Year and Phase-1 deal.

Overall however, a US GDP growth out-performance versus other countries in 2020 is anticipated, and a firm Dollar with strong capital account inflows, that should fuel a widening trade deficit through the year despite the narrowing bilateral gap with China. 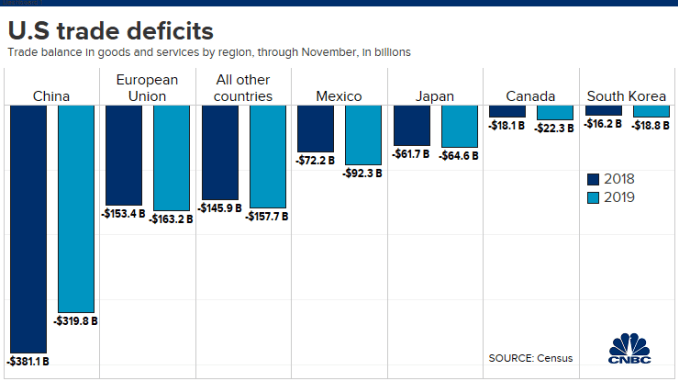