Mozambique urgently needs to resume a medium-term agreement with the IMF, the latter having suspended its cooperation in 2016, after discovering a hidden debt of around 1.2 billion dollars. Already, a first default of a Eurobond issued on 2013 for an amount of 850 billion dollars, in order to finance patrol vessels, had led to a first restructuring. Following a second default in January 2017, a new restructuring agreement for about 900 billion dollars has been reached last September.

Nonetheless, the Mozambican state creditworthiness remains very fragile. A part of the hidden debt (around 8% of GDP) remains in default and a judicial battle is underway against Mozambican's state. The latter is asking for the deletion of one of the two state guarantees issued. Total external debt still represented 109% of GDP at the end of 2019. Without IMF support, new defaults are to be expected in the medium term. 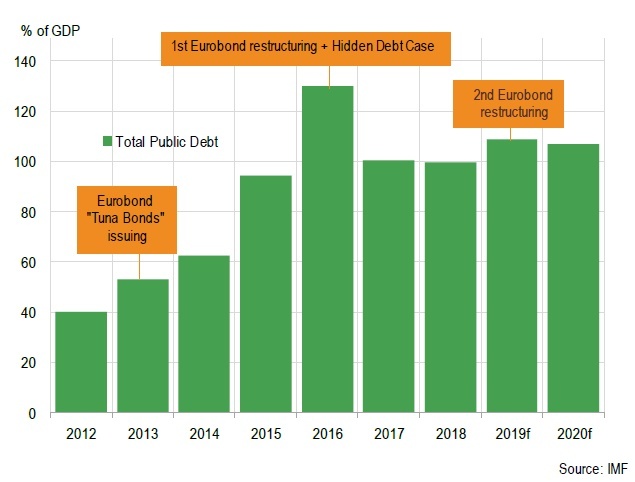